To celebrate the release of their latest adventure game, The Adventure Company has released a batch of new screenshots from Broken Sword: The Sleeping Dragon. Check them out at Gamer's Hell. 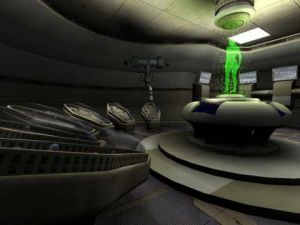 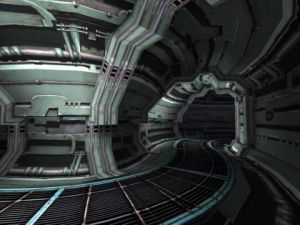 The Adventure Company has just announced that if you pre-order the upcoming Mysterious Journey II: Chameleon, you'll receive 1/2 off the price of its prequel, Mysterious Journey: Schizm, or any other game in their listings.

Gamer's Hell has reviewed The Black Mirror, calling it " decent adventure game for those that enjoy pecking the corners of the earth for clues, and being led down a linear plotline to a climactic end." 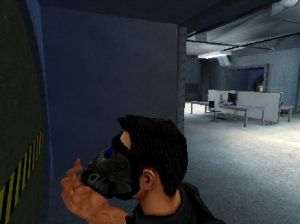 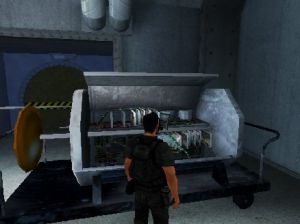 The Adventure Company has announced that the PC-CD version of Broken Sword: The Sleeping Dragon is now on its way and should be on North American store shelves this week. For more on this groundbreaking new adventure title, read our hands-on "Broken Sword 3 First Impressions" preview. A full review will be posted very soon.

Warcry.com has interviewed Uru Community Manager Katie Postma, known within the Myst community as Kha'tie. In this detailed Q&A she discusses the ideas and philosophy shared between Cyan's previous games Riven and Myst III and connects them to the conception and eventual design of Uru itself. The singleplayer and multiplayer aspects of Uru are also discussed in detail. Read the interview here.

Uru: Ages Beyond Myst, the fourth in the best-selling Myst series and the first massively multiplayer adventure game, has been featured in this week's issue of Time Magazine as one of the Top 10 Video Games of 2003. The list covers all platforms and includes games such as Karaoke Revolution and Legend of Zelda: Wind Waker. Uru is the only adventure game on the list.

We have posted three new screenshots from Uru: Ages Beyond Myst. Check them out in our gallery.

StratosGroup has interviewed Philippe Gaudé, the producer for the upcoming adventure Jack the Ripper. Read the full interview over at StratosGroup.

Legacy Interactive announced today that in the Holiday spirit of giving, they will be launching their first ever sweepstakes. In celebration with the recent launch of their newest title, Law & Order II: Double or Nothing, one lucky gamer will have the chance to win a brand new laptop.

Ubisoft today announced an online chat with Rand Miller, founder of Cyan Worlds, to discuss Uru: Ages Beyond Myst, the latest addition to the Myst saga. In addition, other members of the Cyan team may also join in the chat.

Gamer's Hell has just announced that UbiSoft has released the demo to Uru: Ages Beyond Myst, offering adventure gamers a taste of this innovative title with a Myst pedigree. The demo weighs in at 109.5MB and can be downloaded here.

THQ announced today that the release of Broken Sword: The Sleeping Dragon for PS2, Xbox and PC on 14th November, will run alongside a real and virtual 'game signing' by Charles Cecil, MD of Revolution Software, the game's creator.

The BAFTA Games Award nominees for 2003 have been announced. Among the nominees are two adventure games, namely Uru: Ages Beyond Myst (oddly listed under "strategy") and Broken Sword: The Sleeping Dragon, which has been nominated for no less than three categories.