Just Adventure + has posted a new video clip from Revolution's upcoming 3D adventure, Broken Sword 3: The Sleeping Dragon, due for release this November.

MyGamer has reviewed the FMV adventure Conspiracies, giving it a score of 66%. Check it out here.

The Adventure Company, the US publisher of Broken Sword: The Sleeping Dragon, has released four new clips of in-game footage. You can get them at Worthplaying.

Broken Sword 3 to be advertised in cinemas

Revolution Software presented a near-completed Broken Sword 3 at the Sightsonic 2003 festival in York yesterday. Adventure Gamers community resident Theneb was there and brings us news that the game is being released on November 15, and will be advertised in German and French cinemas. Although cinema ads have often been suggested as a tool for marketing adventure games, it's rarely (if ever) been done. 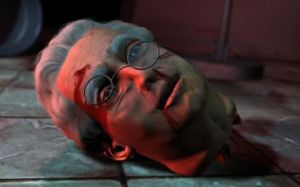 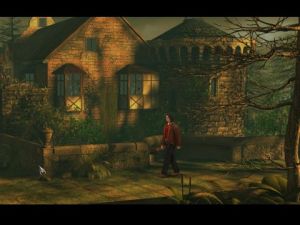 The Adventure Company announced today the shipping of The Black Mirror to North American stores.

The Moment of Silence video 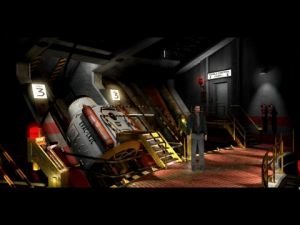 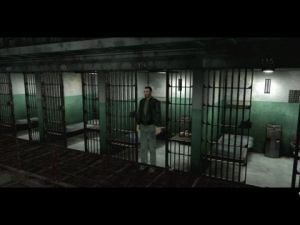 Adventurecorner posted today the first video preview of The Moment of Silence. The video, which is entirely in German, shows the upcoming adventure currently in the works over at House of Tales, and is taken at a presentation at this year's Games Convention in Leipzig.

The official Syberia II website has posted some new wallpapers from their upcoming adventure sequel, scheduled for release next year.

Uru Obsession has just reported that the offline portion of Cyan Worlds' Uru: Ages Beyond Myst has just reached gold master stage and will now be handled by UbiSoft for duplication and packaging, positioning it within schedule for its November 11 release. No details yet on the online portion, but check back soon for more news.

In Memoriam out October 16th

Ubi Soft today released new info on the upcoming adventure In Memoriam. The game, which has won the SACD award (French Society of Authors and Composers of Dramatic Works) for Interactive Creation, is scheduled for an European release on October 16th.

GenGamers has just presented the latest screens from Uru: Ages Beyond Myst, the Cyan Worlds adventure to be released by UbiSoft next month.

We have uploaded new screenshots for many of The Adventure Company's upcoming games. You can visit the gallery pages below to view the screenshot galleries (number of new screenshots are in parenthesis).

We've posted seven new screenshots of Uru: Ages Beyond Myst. The screenshots in this batch are from the Garden Age of the game.

The president of LucasArts, Simon Jeffery, has abruptly resigned, says the LA Times. A LucasArts spokesperson could not comment on who will replace Jeffery, nor on his motivation for resigning.