According to Martin Lévay of TOP Distributor (the Czech distributor of Runaway), developer Pendulo Studios has gotten back the rights to the game. The game was caught in limbo when its publisher, Dinamic Multimedia, went bankrupt. Runaway will be soon released in many European countries. Martin's personal guess for the English release date is Q1 2003.

While rumors are still abound of a German release of Runaway: A Road Adventure, a Czech version is now officially confirmed for November 2002. If you can read Czech, there's a news article on this site (scroll down to "Tìžká cesta adventury Runaway do Èech"). TOP Distributor will be responsible for the localization and distribution of the game.

One month after extremely favorable reviews for Syberia and Shadow of Destiny, print mag PC Gamer has reviewed Jazz and Faust and given it an abysmal 20% rating, calling it (and I quote) "unbearable drek."

As part of its 20th Anniversary celebrations, LucasArts has posted a profile of Sean Clark. He has been a designer on classic LucasArts titles such as Sam & Max Hit the Road, The Dig, and more recently Escape From Monkey Island. He is currently working as Director / Co-Designer on the sequel to Full Throttle, and this is what he had to say about the project:

Gamersclick has posted an interview with Sergio Rocco of Prograph about their upcoming point'n'click, titled Tony Tough: The Night of Roasted Moths. Here's a clip:GC: Is Tony Tough geared more for the younger audience?

WorthPlaying.com has posted a handful of new screenshots from Microids' adventure title, Syberia.

Shenmue II to include Shenmue: The Movie 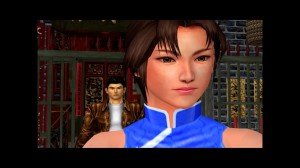 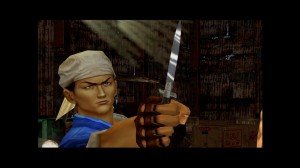 Microsoft announced today that the upcoming action/adventure for X-box, Shenmue II will include the full-length feature Shenmue: The movie, which was previously only released in Japan. Here's a few details from the announcement: The full-length movie draws upon the original footage from the Sega Dreamcast release of "Shenmue" to deliver the same experience as if viewers had played the game through from beginning to end. It was originally showcased in Japanese theatres and then sold separately on DVD for 4700 yen (approximately $40). The theatrical trailer shown in Japan is now posted on the Xbox press site at http://www.xbox.com/press/shenmue_movie_announce.htm.

In an open letter, Carlo Fabricatore has officially informed the Outcast II community about Appeal's bankruptcy. Even though the Outcast II project is dead, Carlo did reveal that Appeal renegades have formed a new company, called Elsewhere Entertainment. They are currently working on something called 'Project Alpha', which according to Yves Grolet is a 'sequel' to Outcast.

Two days left to apply as an AG writer!

There are only two days left until the application deadline for prospective Adventure Gamers writers! To apply you only need to send us a sample of your writing. Our new staff members will be announced next Tuesday, August 20th. We still have room for a couple more, so get those apps in! Go here to apply.

A German Outcast fansite has conducted an interview with a former member of Appeal (who wishes to remain anonymous). In it, the former employee explains why the company went bankrupt and reveals that the Outcast 2 project was not going well to begin with. Progress was slow and the game was becoming more arcade-style to satisfy console gamers -- against the team's wishes. Outcast 2 was going to have much less puzzles and dialogues than its predecessor. When eventually the team became unmotivated to continue, and Infogrames neglected to transfer money they owed to Appeal, the studio's downfall became inevitable.

Revolution Software has announced that it will officially unveil Broken Sword: The Sleeping Dragon at the European computer games trade show ECTS during an exclusive press conference. The gaming press will be treated to a video trailer and a demonstration of playable code by Revolution director Charles Cecil on Thursday, August 29. "It’s been a while coming," says Charles in a press release, "but the wait is almost over. Broken Sword: The Sleeping Dragon is on track, and looking amazing. I'm very excited about showing the game for the first time."

Eye of the Kraken released

Eye of the Kraken the point'n'click adventure from Absurdus, was released today and can now be bought from Absurdus' homepage.

Will Outcast II ever see the light of day?

Blue's News has reported on a rumour (started by Outcast fan-site Adelpha.de) that Appeal, developers of the action/adventure game, Outcast, closed their doors on the 2nd of August after filing for backruptcy. This could mean the end of Outcast II, which was confirmed as being in development some time ago (although it had since been put on the back burner while another project was being completed).

Four Fat Chicks' Mike Phillips has reviewed Hitchcock: The Final Cut, giving it a rating of...well, he actually had trouble settling on a final rating, opting for a "?" instead. Most telling is the following statement, made near the end of the article: "Playing The Final Cut was a similar experience to eating my Aunt Thelma's meatloaf. It's palatable but nothing to rave over."