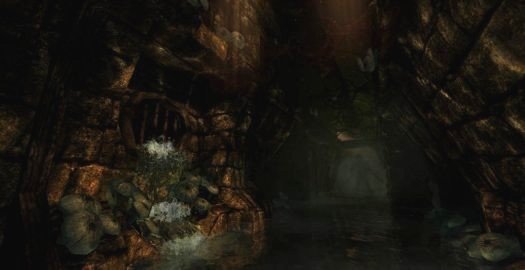 It just may be the scariest adventure game ever. In a genre that includes classics like Dark Fall, Amber: Journeys Beyond, and Shadow of the Comet, such a statement really means something. Amnesia: The Dark Descent is THAT special. It's also a game that could only have been made from a first-person perspective. Everything about it is geared toward full immersion, from the lack of any visible interface during normal gameplay to the "insanity" effects that warp and blur your vision. While notes you discover remind you that you are playing a man named Daniel, it won't be Daniel's safety you’re concerned about. When the panic sets in, you’re not controlling a character; that’s you. And you’re not playing a game; you’re there.

So are other unseen… things, frightfully lurking in the dark shadows. All around you, phantom noises rumble and echo throughout the crumbling gothic halls of Castle Brennenburg. Creatures with warped flesh dip in and out of the light. Even the walls can turn against you at a moment's notice, spawning a deadly growth somewhere between human flesh and fungus. The confinement of the first-person perspective means that when you're hiding behind a barrel praying silently that nothing evil comes your way, you won't know until it's too late. You can never be sure when you are in danger, and so you can never rest. All these elements come together to evoke the feeling that makes Amnesia a modern classic, and for that it earned an overwhelming victory in the battle for top first-person PC adventure of 2010. 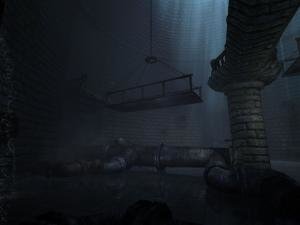 Amnesia: The Dark Descent still would have been scary with a visible protagonist, but only its more limited, claustrophobic viewpoint could generate the kind of terror we clearly all felt as we scrambled frantically between scarce light sources. While some would argue this game isn’t even an adventure, really the only victim of this “survival horror” was our sanity, and we loved every masochistic pulse-pounding moment.

Next up: Best Third-Person PC Adventure... the envelope, please!