One of the nice things about playing adventure games is the chance to vicariously visit locations that are far away, exotic, dangerous, lost in time, or simply nonexistent. Ancient Egypt, Central America, Antarctica, Atlantis, Easter Island, Stonehenge, Mesopotamia, Mars, El Dorado, Shangri-La – you name it, you can probably travel there in a good adventure game. Or even in a bad adventure game.

The amusing thing is that after adventure games proliferated in the 80s and 90s, there developed a group of locations that I call "The Greatest Hits." Exotic locations that, after playing several games, become almost as familiar as home. I imagine the top three fantasy locations in adventure games would have to be the ancient Mayan civilization, Egypt, and Atlantis.

Well. Are you in the mood for a mild trek through the Greatest Hits? Feel like time traveling but you’re just a little low energy? Want to visit all the lovely locations found in Timelapse but just don’t quite feel up to all the hard work that will be involved solving all those pesky puzzles? Have I got the game for you! 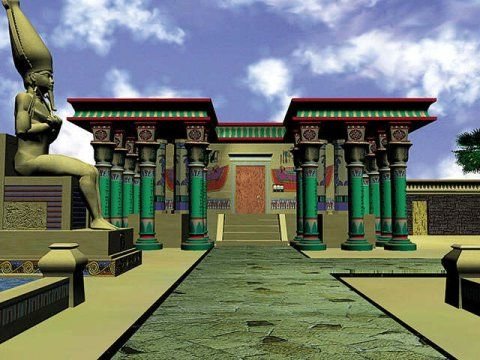 Dreamcatcher’s Beyond Time is a lovely first-person game that allows you to travel to ancient Egypt, Tikal, Tibet, and (where else?) Atlantis. It’s a perfect way to spend a few hours of pleasant deja vu.

The game starts with your character being briefed by your boss, a museum curator. It seems that priceless art pieces are disappearing from museums all over the world. Your job is to go to an archaeological dig in Abydos, Egypt to try to track the thieves. You’re only in Abydos about two minutes when you’re conveniently pushed through a "time gate" back to Ancient Egypt.

As I began wandering around the lovely temple complex, I kept being interrupted by video clips of some ancient priestess giving me instructions on what steps had to be completed before I could take additional steps. I began to get the impression that Beyond Time was going to be Jewels of the Oracle with slightly more plot. I was wrong. After a couple of hours I realized what I was playing was Timelapse Lite. 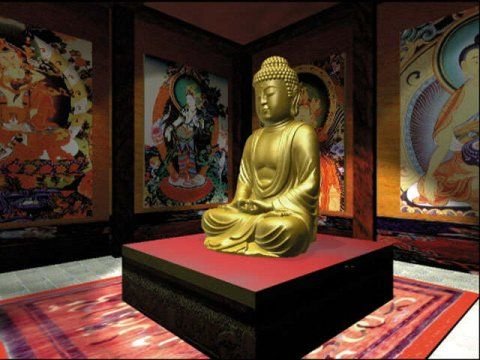 This is not necessarily a complaint. I loved Timelapse.

In the course of playing this game, you will cover almost exactly the same real estate that you covered in Timelapse. Your exploration will be interrupted by the grueling task of solving about two and a half puzzles. Okay, maybe three. Actually, there’s only one really difficult puzzle, and it really must have exhausted the designers of the game, because they use it twice!

The navigation of Beyond Time is traditional smart-cursor first-person point-and-click slideshow, and in several places it’s pretty confusing trying to figure out where exactly you’re going. In one of the final locations I spend a lot of time spinning my wheels going in circles. 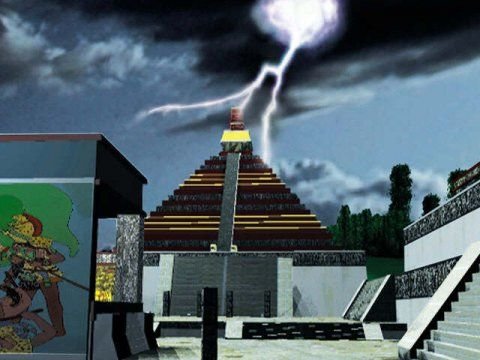 There’s a fairly involved backstory to Beyond Time (it’s based on a novel called Obelisk by Judith Kaye Jones and Frederic Jones). It deals with a group of mysterious thieves who seem to be from the future. These time travelers seem to be the ones stealing the artifacts, and evidently they’re stealing not only from 20th century museums but from various ancient sites as well!

Now, that sounds pretty interesting when I write it down. Unfortunately, the game developers have not found a way to incorporate this intriguing setup into the gameplay in any interesting way. About the best they can do is scatter a whole bunch of video diaries around an Egyptian Temple.

Therefore, you spend a lot of time watching talking head videos in this game. No, I don’t mean music videos of the Talking Heads. I mean these diary clips. The actors aren’t too terrible, though they have silly, pretentious names reminiscent of the very locations they’re stealing from ("Lantis", "Temogen", etc. Please!). 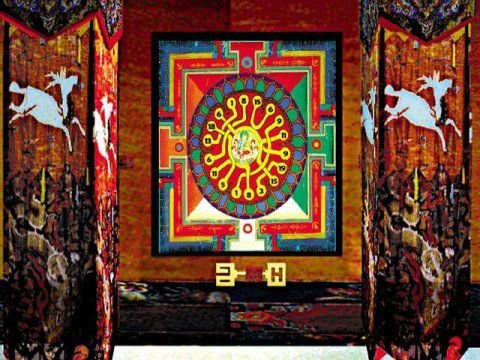 The graphics are lovely, but not ground breaking. The 2.5 puzzles are fun, but not brain-cracking. I played this game with a friend, and we frequently gave each other the raised "You Mean That’s All There Is To It?" eyebrow. This was particularly true of the lame Wrap Nothing At All Up ending.

Despite these criticisms, I have to say that I enjoyed playing Beyond Time. It IS fun revisiting these locations, and we had a nice time playing this lovely, derivative, not-too challenging game.

The game has one fairly significant technical glitch: it is shipped with a buggy version of Quick Time. After several frustratingly unsuccessful attempts to get the game to work, I finally loaded Quick Time from another source. After this the game ran with no problems.

This is the game to play if you’re in the mood for a watered down Timelapse-type experience.

GAME INFO Beyond Time is an adventure game by Jones and Jones Multimedia released in 1997 for PC. It has a Illustrated realism style and is played in a First-Person perspective.

What our readers think of Beyond Time