continue reading below
»   Home  /  Articles  / Reviews  / Are you afraid of the dark? review

Are you afraid of the dark? review

Are You Afraid of the Dark?: The Tale of Orpheo’s Curse

"Are You Afraid of the Dark" is based on the Nickelodeon television series about a club of kids called The Midnight Society. The members of this club entertain each other with ghost stories around a campfire. The premise of this game is that you, the game player, are attempting to gain entrance into the society by telling a ghost story of your own.

It's a very clever idea, and it works very well. This is one of the first games I've played that I would wholeheartedly recommend to older kids.

The story you're "telling" in this case is about Alex and Terri, a brother and sister who sneak into an abandoned old theater one night. The theater, "Orpheo's Palace," was once the venue of a famous magician of the same name. Unfortunately, the magician, his family and employees all disappeared or died in very mysterious and highly questionable circumstances over fifty years ago, and since when the theater has been closed. 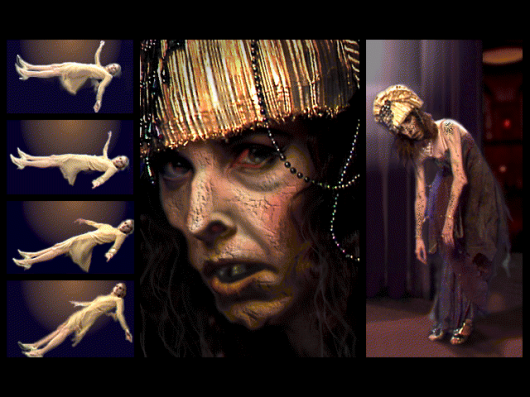 It should come as no great shock to the reader that the theater is, indeed haunted. The Great Orpheo, now an insanely evil ghost, has filled his audience with wax dummies for whom he continues to perform. Trouble is, his magic doesn't seem to work any more, and anyone who appears in one of his tricks tends to come to a very bad end. Terri and Alex aren't in the creepy old theater more than a few minutes before they learn that Orpheo plans for THEM to star that very night in his most difficult illusion: the Teleportation Boxes!

Their only hope for survival and escape from the theater is to solve the riddle of Orpheo's Curse. They get assistance in this quest from several helpful ghosts that populate the theater.

This is an older DOS game, but it has very entertaining and colorful graphics. The theater, which you explore in a first-person point and click format, is vast, colorful, tricky, and indeed scary. 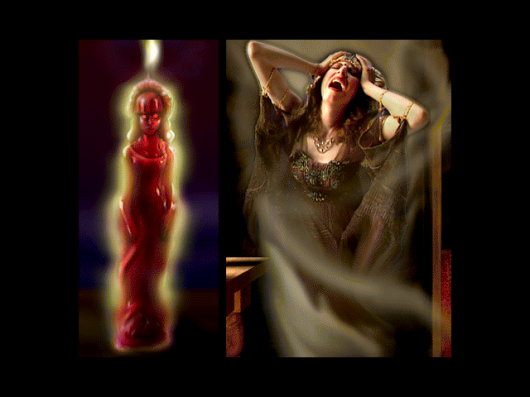 The puzzles in the game aren't very difficult, but they are always diverting. Danger lurks at every corner, and periodically malicious ghosts, monsters or other specters must be destroyed.

The game has several features to recommend it. First of all, the "sitting around the campfire" format is cute and cozy. Each time you reload a saved game, you are returned to the campfire and the other kids review your progress in the story so far. And when you make a fatal mistake, the kids once again chime in and give you several choices of earlier spots in the story to "rewind to."

Another feature, rare in adventure games, is that the story's point of view bounces back and forth between sister and brother. This adds a level of complexity and realism to the game that is quite pleasing. 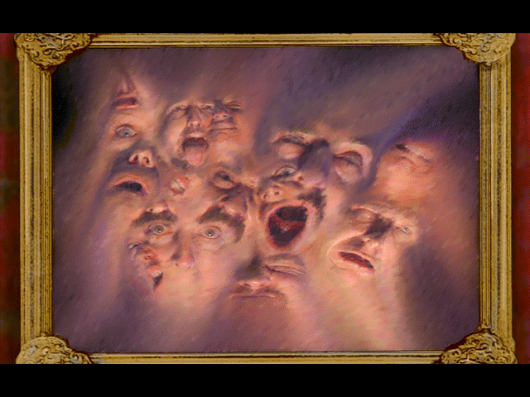 As I mentioned earlier, this theater is one huge place, and exploring it is very fun indeed. There's lots of eye candy, including a creepy wax museum and a series of multi-leveled catwalks above the theater.

The actors playing the ghosts are effective and believable, and Orpheo himself is a worthy villain. 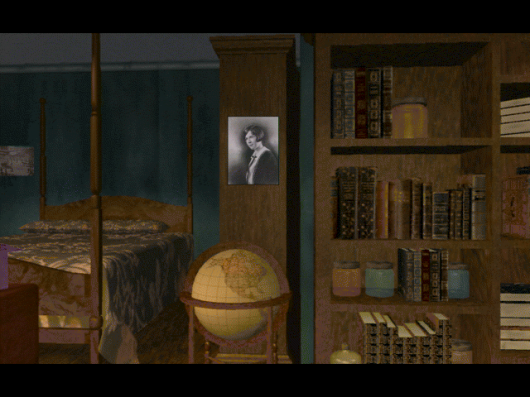 "Are You Afraid of the Dark" also has a virtue I have learned to prize very highly in an adventure game: a rousing finale. Why, oh why, are good endings so rare in this genre? This problem has always been a head scratcher for me. Well, this game's finale ranks up there with the slam-dunk finish to "Full Throttle."

The final sequence in this game includes, among other things, a breathless chase through the theater. Your characters are literally running for their lives, and must successfully flee to a certain location in the theater. Your careful earlier exploration of the whole building pays off here, as one false step can mean your doom. It took me several tries to survive the chase, and it really got my blood pumping!

A GREAT game for kids - scary, fun and exciting.

GAME INFO Are You Afraid of the Dark?: The Tale of Orpheo’s Curse is an adventure game by Viacom New Media released in 1994 for PC. It has a Illustrated realism, Live Action style and is played in a First-Person perspective.

What our readers think of Are you afraid of the dark?