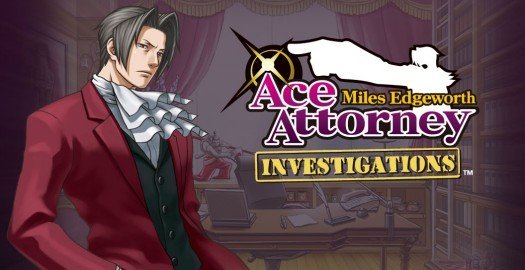 Everybody loves Edgie! Even in Phoenix Wright: Ace Attorney, where he and the titular character were bitter enemies, there's little doubt that Miles Edgeworth was the real scene-stealer: foppish, elegant, impeccably dressed, subtly sarcastic and tirelessly defiant, he was Phoenix's perfect nemesis. Then, when we got a chance to explore his troubled past, he emerged as a deeply human character, even a flawed one; an idealist turned cynic in the face of a harsh reality. There's no surprise that he instantly became a fan favourite. Watching his renewed friendship with Phoenix grow was nothing short of a pleasure, and we were thrilled to hear that the “perfect prosecutor” was to get his own game. We weren’t disappointed.

Sure, Ace Attorney Investigations isn't as strong an adventure as the previous installments, but Miles Edgeworth's charisma is more than enough to overcome the game's other shortcomings. Surprisingly, Capcom originally intended the new series to star Ema Skye, but then changed their minds after hearing from the fans. Smart move, as Edgie’s presence is what really sets the game apart. His banter with Detective Gumshoe keeps the various investigations fresh and enticing, and his flippant demeanor is what motivates players to sift through the long (and sometimes far-fetched) dialogues. He's not only deserving of the Aggie Award for best character this past year, he arguably deserves a spot amongst the likes of Gabriel Knight and Guybrush Threepwood as one of the most intriguing characters ever to grace an adventure game. 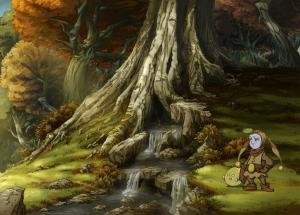 Apparently everybody loves clowns, too (at least, those who aren’t afraid of them). In a wonderfully diverse race that included characters from 22 different games, The Whispered World’s childlike protagonist won over hearts with his determination to overcome not only the physical obstacles standing in the way of saving the world, but his own fatalistic cynicism as well.