Let me start out by saying that I played this game at my parent’s house. What does this have to do with Atlantis II? While playing my father wandered into the computer room to see what was up. Within minutes he was seated and started playing the game with me. In short he really enjoyed the game.

So what was it that captured my father attention and glued him to his seat? Well it’s a number of things. The first is that the game uses five different locations sprinkled throughout the globe. In Atlantis II you visit Ireland, China and Central America. Each location has it’s own flavour and mythology. It is this mythology that lays the groundwork for what the player must do in each place. All puzzles in each location are specific to the historical time and culture. So solving them could mean learning a society’s numbering system or communicating with pagan goddesses.

The second thing that helps this game to stand out is the graphics. Cryo uses two software packages, Omni 3D and Omni Sync, to create amazing life-like characters. These characters’ faces are so real it is almost like looking at a real person. The only imperfection in the illusion is the clumsy movement of arms and legs. The lips and facial expressions move perfectly in-sync with dialogue offering players a truly in-depth gaming experience. 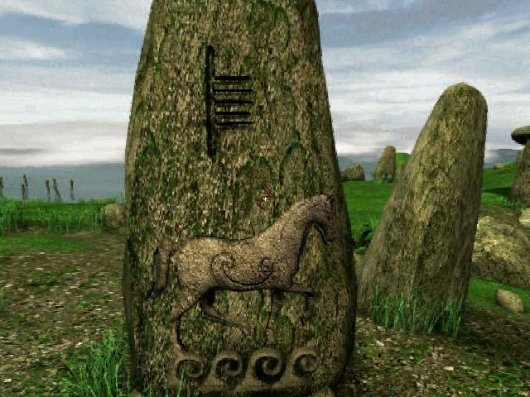 This games third strength is the wide variety of challenges it serves up. All of these puzzles blend seamlessly into the story. Never once did feel that I was doing something just for the sake of doing something. I know people criticise Cryo for producing games that they consider boring ‘edu-games’ but I think those people will be pleased with the challenges and story presented in Atlantis II. I should say here that I appreciate a game that includes cultural or educational information, I think it adds to the believability and atmosphere of a game. Cryo doesn’t move to far from their trade mark system of recreating real-world environments packed with factual information. Each location has its share of educational information to learn but it is presented in a way that does not bludgeon the player over the head. It is part of the story and works to create a more homogenous experience.

So what didn’t I like about this game. Two things stand out. First, I appreciate the opportunity to interact with other characters it really fleshes out a game’s story. However, when those dialogue trees become long and repetitive we have a problem. At one point in the game a character repeated the same information to me in three different ways! This is needless. I got the feeling that the designers where worried that the player was too slow to understand what was going on. These long conversations took away from play and added little to my over-all understanding of the story. 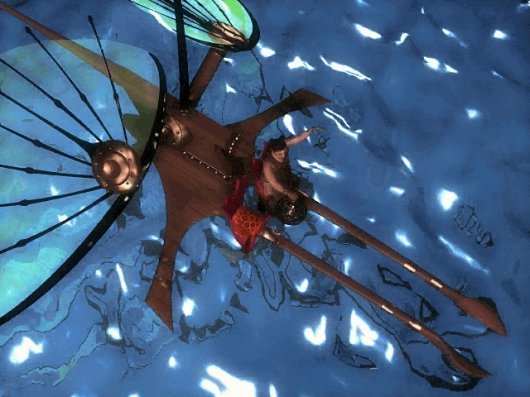 The second gripe I have is with the sound track. At first I was very impressed with the sound as each location has music that fits into the time and place. In Ireland you had Celtic music, Central America beating drums and China oriental rhythms. That was until I realised that is was the same tunes repeated ad-nausea! After two or three loops it started to grate on my nerves. I appreciate the atmosphere and emotion that music can bring to a situation but when developers misuse it in this way as filler it no longer performs this purpose. This makes me think of one of my favourite games, Amber: Journey’s Beyond which forsook a sound track in favour of ambient sounds. I found that this minimalist approach was much more affective in creating an atmosphere then a sound track of repetitive ditties.

Atlantis II is a much longer game than Cryo usually produces. Depending on your skill –level you will get between 30 to 40 hours of game play. This game also provides a diversity of puzzles that run from easy to very hard. This mix will keep both newer and more experienced players challenged. The graphics are excellent especially the life-like characters. It is almost worth buying this game just to see the detailed that was put into the character’s faces. But let me assure you this is a great game, I mean can my dad be wrong?

Atlantis II is available at:

A graphically rich game with a solid story, Atlantis II plays for a good 30-40 hours making it an excellent buy for its retail price.

GAME INFO Atlantis II is an adventure game by Cryo Interactive Entertainment released in 19992000 for PC. It has a Illustrated realism style and is played in a First-Person perspective.