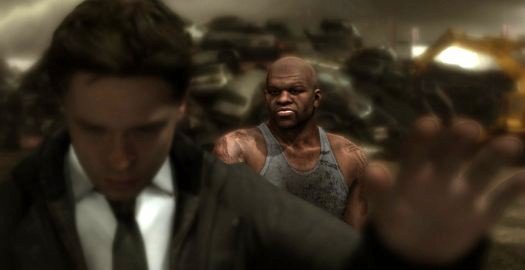 Life is a series of moments: decisions made, words spoken, actions taken or not. Usually adventure games challenge players to find the one predetermined course for its protagonist. Heavy Rain does just the opposite. Four lives, interwoven, all of them touched by the Origami Killer in one way or another, their fates now literally in the player’s hands. Every choice made as a singular character could influence the path of the other three and change the whole direction of the game. If one dies, how will that affect the ability of another to survive? Research done while investigating a lead with a Detective could impact another character’s plotline greatly, and add extra layers of depth to the experience – or it could be bypassed entirely and a totally different result be achieved.

Heavy Rain took what was started in Indigo Prophecy/Fahrenheit and ramped it up immeasurably. While Quantic Dream’s earlier game did allow for branching decisions and diverging pathways to reach the goal, each resulted in only a minor, often cosmetic change in the game. You could solve puzzles in multiple ways, but the results were normally more or less the same, with multiple outcomes quite limited. What Heavy Rain does is provide situations that truly change, entirely dependent on your choices and actions. The conclusions for each actor in this thriller can vary wildly, and one playthrough can be truly unique from another. Freedom of choice is hardly a new concept, but rarely (if ever) has it been pushed to these extremes with such impressive results. 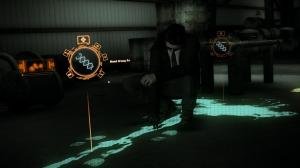 Though it might make a purist’s head explode, there’s no denying that Heavy Rain is a bold, ambitious experiment in interactive storytelling. Largely forsaking traditional puzzle-solving in favour of constant decisions, context-sensitive actions and Quick Time Events, the welcome sense of genuinely controlling the fates of four different characters is a degree of freedom rarely offered in adventures.