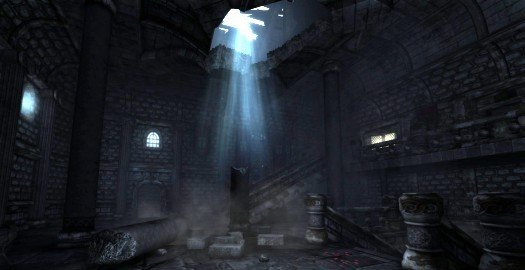 You swear you just heard something. A scraping noise… something like that. Where did it come from? Somewhere behind you, maybe? Or above you? Wait… is it getting louder? What's making that sound? There's something in here with you. But what IS it? You don’t even want to think about those horrific cries of anguish and pain echoing in the distance. It’s terrifying enough right here, because the only thing scarier than a nightmarish flesh-eating monster lumbering straight at you is the nightmarish flesh-eating monster that you can hear but not see.

Frictional Games understands the power of imagination in creating fear, and it's the sound design of Amnesia: The Dark Descent that will set your heart racing and your mouse hand trembling. Sure, the game has its fair share of loud, sudden noises that will make you jump out of your chair, but it's far more impressive how every faint trickle of water, panicked footstep, or tortured moan raises the tension right to the breaking point until you can't take it anymore. Just as powerful is the interplay between the game's sound and its signature physics engine. Sometimes that scraping noise is a monster, and sometimes it's just you crashing into a nearby desk. Either way, you'll freak out. For making players forget that they aren't actually in constant mortal danger through a brilliantly-crafted soundscape, Amnesia wins the Aggie for Best Sound Design in 2010. 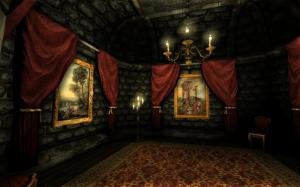 They say that when one sense is blocked, your other senses are heightened. Since so much of Amnesia is spent skulking about in the dark, it’s no wonder we were all so attuned to the game’s incredibly terrifying soundscape. The unseen denizens of the Brennenburg castle do a whole lot more than go bump in the night, and we not only heard each hair-raising shuffle, scream, wail, and skitter – we felt them. Now THAT is effective sound design.

Next up: An all-new addition: Honorary Aggies!