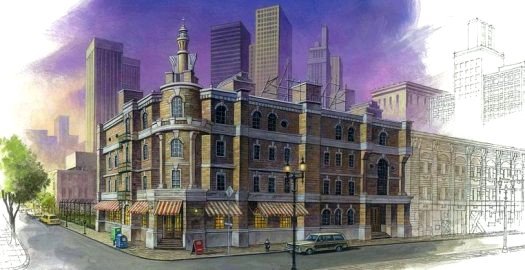 Interactive fiction is a concept that dates back to experiments like the “Choose Your Own Adventure” books, but there was nothing particularly interactive about those. Then text adventures like Zork came along and everything changed, allowing us to be active participants for the first time. The reason we love adventures in the first place is that rather than being passive spectators, we can truly influence how a story unfolds, perhaps even changing the final outcome. While other graphic adventures continue to streamline this process, perhaps even a little too much, Last Window: The Secret of Cape West stands out as the modern embodiment of interactive fiction. With the Nintendo DS held sideways in hand, it's just like holding a book. And when playing a game this good, it’s easy to lose yourself in its page-turning fictional world.

The sequel to Hotel Dusk: Room 215 is a deeply engrossing, highly immersive, and fully interactive noir mystery, filled to the brim with fascinating characters to interrogate, like a contemporary Sam Spade or Philip Marlowe. The game plays smoothly, its investigative segments feel natural, and its well-honed exploration allows us to be the protagonist, acting as Kyle Hyde’s eyes and hands. All the while, the DS-centric puzzles make excellent use of the handheld’s capabilities, making the experience all the more personally engaging. Even the way we hold the console, the way we handle it, becomes an interactive opportunity. Point-and-click? Pffft. So much wasted potential. Competing against the heavily-hyped, big-budget Heavy Rain made Last Window: The Secret of Cape West a decided underdog for this category, but it ultimately provided a better-rounded gameplay experience. As such, Cing's swan song has earned the distinction of not only being the best console adventure of 2010, but one of the finest examples of interactive fiction ever made. 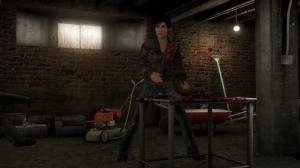 Many people lament and even resent the fact that Heavy Rain is a console-only exclusive. But there’s no doubt that Sony and Quantic Dream achieved their goal of presenting a highly cinematic interactive drama. Its gritty premise, multi-character narrative arc, organic control scheme, and of course an impressive amount of freedom to control the storyline all added up to one of the most memorable adventure experiences of the year, regardless of platform.

Next up: Best First-Person PC Adventure... the envelope, please!