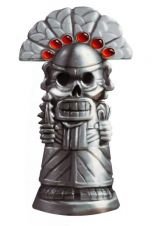 Every year there are some excellent games that fall just a little short of reaching the podium for various awards, either finishing as a runner-up or barely missing the finals entirely. With so many awesome titles to choose from, it’s easy for these near-misses to fall through the cracks, and that would be a shame. So while our Silver Aggies may not have precisely the same lustre as our golden statuettes, these bonus categories are another chance to hand out some much-deserved hardware – impressive new releases, all, that are no less worthy of any adventure gamer’s attention. 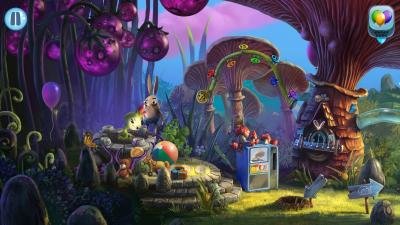 Though decidedly more lightweight than traditional adventure game fare, My Brother Rabbit tells a heart-wrenching story about a young girl’s struggle with a serious illness, and her brother’s dream that his favourite toy, a stuffed rabbit, will help her recover. The quest to find healing becomes an imaginative journey through surreal, vivid environments stuffed with fantasy elements: eyeballs with antlers, bugs grilling hotdogs, a winged watering can that pours out a rainbow, to name just a few. Achingly beautiful introductory music, delightful animations, and a creative sound layer (including jigsaw-like challenges where each piece adds to a quirky rhythm ensemble) build an atmosphere of innocence and whimsy. Varied classical conundrums keep players artfully engaged, as do multi-pronged searches for numerous objects that launch new areas or trigger colourful puzzle-based gadgets. This is no run-of-the-mill hidden object game, so don’t let its “casual” label fool you – it’s a seriously charming, first-rate little adventure that everyone and their brother should try. 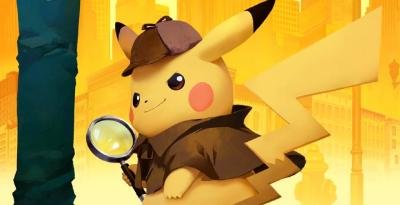 The idea of turning such a cheery and loveable Pokémon into a gruff-sounding sleuth may seem like a strange one, but Detective Pikachu pulls it off in style. Teaming up with a boy named Tim, the P.I. is drawn into a variety of entertaining mysteries to crack, and when you do you’ll be as happy as the titular protagonist when he exclaims: “A bolt of brilliance!” The bright, colourful visuals bring the world to life, supported by plentiful cutscenes that are emotively animated and nicely acted. The star of the show, of course, is the diminutive detective, who loves coffee, sweets and flirting, and he’s a genuine joy to have around. We were skeptical about the series making such a radical leap from RPG to investigative mystery, but the end result is well-written, fun, and takes solid advantage of the 3DS format to make Detective Pikachu worthy of the distinction of 2018's Best Handheld Adventure. 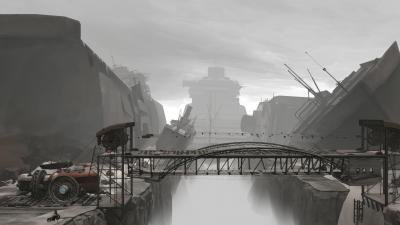 For the longest time, side-scrollers belonged to the likes of Mario rather than Myst. Then along came titles such as Limbo and INSIDE to make puzzle-solving more of a focus, to go with some running and jumping. But increasingly such games are starting to phase out even death-defying acrobatics in favour of a more cerebral experience. Games like Okomotive’s FAR: Lone Sails, an atmospheric and inventive little post-apocalyptic adventure. It’s your job not to navigate the beautifully painted backgrounds yourself, but to ensure that your hybrid patchwork vehicle – part truck, trailer, train, even sailboat – is fueled and ready to meet all challenges, including physical obstacles and inclement weather. Here “inventory” means managing the resources you scavenge, maintaining your vessel as it begins to break down, quite literally putting out fires along the way. The craft soon becomes an extension of yourself, your only lifeline to exploration and even survival. Don’t let it pass you by, as FAR is a terrific little adventure that defies all preconceived notions of what a side-scroller should be.

Every now and then you run into a game that looks like it belongs to another genre but is at its core a true and proper adventure. Such is the case with Forgotton Anne from ThroughLine Games, a side-scrolling platforming journey through the land of forgotten things come to life. As you guide the eponymous “Enforcer” through this beautifully rendered world filled with fluidly animated hand-drawn characters, you’ll be able to mold her along the way, deciding how strict or compassionate she is in dealing with rebel Forgotlings bent on a path that could prevent her from returning to the real world forever. With a nicely fleshed-out supporting cast, meaningful choices to make, clever mechanical puzzles to solve, and only a little mild running and jumping in between, you’ll come to understand that side-scrollers aren’t just the domain of platformers anymore. 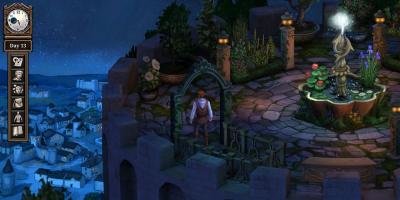 Show us a classic adventure game fan, and we’ll show you someone who’s likely played (and probably loved) at least one of Lori and Corey Cole’s Quest for Glory games. Hero-U: Rogue to Redemption isn’t a continuation of Sierra’s popular series, but it’s very much a spiritual successor that once again beautifully marries adventure and traditional role-playing game elements. Released twenty years after the last QfG, it feels as if its designers haven’t missed a beat. Offering the exploration and character interactions of an epic adventure with combat and player options pulled right from the RPG genre – and of course more puns than you can shake a stick at – it’s as much a new lease on life for one of our favourite adventure franchises as it is a triumphant return for the Coles. 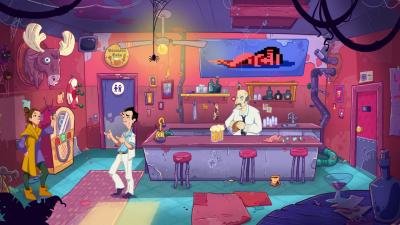 “Finally, the time has come... He has awakened. Everyone thought he was gone, forgotten, and many said this was a good thing. But The Chosen One from the prophecy... lives!” Perhaps this opening proclamation is a bit grandiose, but then when did Leisure Suit Larry every do anything small? (Well, except… y’know.) In any case, it’s true! After re-emerging a few years back in Reloaded, now Larry Laffer is back in Wet Dreams Don’t Dry, his first all-new adventure since 1996 (we’re all agreeing those other abominations in between don’t count, right?) This time around, he and his outdated attitudes have been abruptly thrust into modern times, so how will he fare in today’s world? Just fine, thankyouverymuch! Still looking for someone to help spruce up his non-existent love life, Larry remains the desperate, breath-spray-drenched miscreant we’ve come to know and love (from afar). But while many of his actions are predictably deplorable, in a way Larry makes the perfect protagonist to examine the cultural and technological changes that have occurred since his 1980s debut. We had our doubts about this bold premise from a new team and no Al Lowe on board, but were ultimately won over. Welcome back, Larry.

Best Kept Secrets: Beyond the Sky, Illusion: A Tale of the Mind 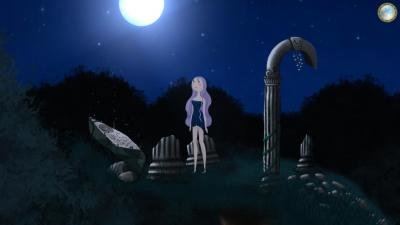 With such a long history of point-and-click adventures, it’s always enjoyable to find one that plays with the formula, does new things, and yet still feels familiar and comforting. Iperurania Arts’ Beyond the Sky delivers just such an experience, though you wouldn’t know it at a glance. Between progressively unlocking new abilities for its young, naïve protagonist Selene, and presenting a number of challenging logic statement puzzles (and then offering necessary support in solving them), this is a surprisingly rich gameplay experience that becomes increasingly delightful throughout. Add in a lovely paper cutout visual style and storybook-style prose, and the only thing preventing this charming tale from a happily-ever-after ending is enough of an audience to enjoy it. 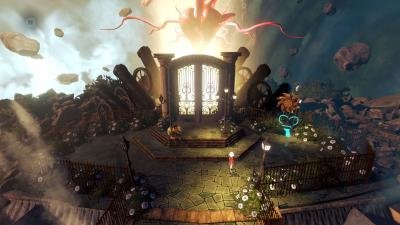 Frima Studio’s Illusion: A Tale of the Mind is such a well-kept secret, even its publisher doesn’t want you to know about it. At least, that’s all one can assume from the near-total absence of publicity for it. But allow us to rectify that oversight by banging the drum loudly for this gorgeously surreal platforming adventure. A bittersweet, psychologically twisted story taking place in a dreamlike version of a 1920s Parisian carnival and the battlefields of World War I (along with more than a few creepy catacombs), Illusion stars a young girl named Emma and her trusty floating sidekick toy rabbit Topsy, who must navigate the tortured memories of a broken-hearted strongman, all while solving puzzles and evading the deadly grasp of a malevolent entity intent on their destruction. For all its dark subject matter, however, it’s offset by a delightfully charming sense of innocence and whimsy, brought to life with beautiful 3D artwork, fluid animation, and a wonderfully eclectic soundtrack. So now you know. Don’t let lack of marketing be the reason for missing out on this surprising little gem.

Best of the Rest: The Gardens Between, Unforeseen Incidents 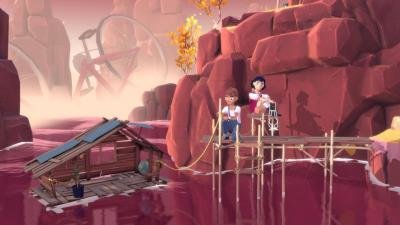 With The Gardens Between, The Voxel Agents have successfully crafted a true slice of childhood reminiscence, a trip down memory lane to recall those valuable friendships we’ve (hopefully) all had that continue to hold in a special place in our hearts long after the people themselves have moved on from our lives. Strip away the touching emotional core, however, and you’ve still got a lovingly-crafted, exquisitely-detailed time-bending puzzle-adventure with tons of charm, wit, and creativity that we just couldn’t help but fall in love with. It may not have taken top honours in any specific category, but it more than deserves its mention as one of the Best of the Rest of 2018. 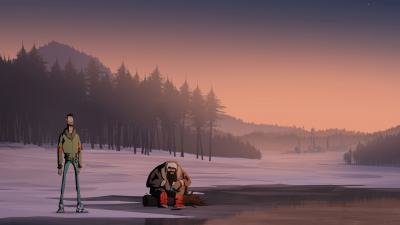 A nobody from nowhere saving the world is a well-worn path in fiction, but one that Unforeseen Incidents walks with style. It’s clear from its opening moments that Backwoods Entertainment’s 2D point-and-click adventure was a labour of love. Here we meet Harper Pendrell, college dropout and handyman slacker, who is thrust into a world of intrigue and danger as a mysterious disease sweeps the United States leaving death in its wake. Backed by one of the best voice performances ever, our unlikely hero endeavours to get to the root of the problem, making friends and allies along the way. Top that off with some wonderfully layered puzzles that have that “just right” feeling of difficulty, a gorgeous pen-and-ink visual design, and a solid soundscape across the board, what you get is an adventure that’s not to be missed, even if it didn’t walk off with a golden Aggie to call its own.