London’s EGX Rezzed conference offers visitors the opportunity to see the latest and greatest in upcoming indie projects. One such title on display this year was The Sinking City, by Frogwares Studio, giving me the chance to check out the upcoming open world detective thriller first-hand. The game takes place in a Lovecraft-inspired version of 19th century New England, with players controlling a private detective trying to solve the various mysteries that plague this tentacle-infested world. Right away I was impressed by how spot-on the Lovecraftian themes are, and the attention to detail shows in every corner, from the inexplicably flooded streets, to the NPCs, to the props in every scene. Frogwares did not miss a thing, and it absolutely shows.

Gameplay is very interesting, as it branches out in different ways. Fans of Frogwares’ past titles (most recently Sherlock Holmes: The Devil’s Daughter) will be quite familiar with the most basic aspects here, though this is no traditional adventure by any means, feeling much more like the popular L.A. Noire in certain ways. Your job requires traversing all over the city, interrogating various suspects to discover clues for your newest case. Instead of a car though, you travel via motorboat through the city streets. Just watch out for the occasional tentacle or two.

The occasional gun fight will surprise you both in its difficulty and abrupt appearance. You literally do not see it – or rather the scarily accurate Lovecraftian creatures you must fight – coming. In fact, I know of one reviewer who dropped her controller and made a sound not all that dissimilar to Daffy Duck yelping at the onset of one such gun battle. This not being me, no way, I’m super-tough, not afraid of nothing, no sir, nuh uh. I promptly laughed and continued my demo. The challenge here involves aggressive monsters coming at you at startling speed, attempting to end you using their various claws via brute strength. You must be quick to shoot them, lest they kill you in a most horrifying and gut-squelching manner. Should you die, the game restarts at the last automatic save point, so at least the stakes aren’t as cutthroat as the plot itself. (Click for larger version. All Sinking City images are concept designs only.)

An Xbox controller was used for the demo to navigate the protagonist in third-person. I found the controls themselves to feel quite fluid and intuitive, though jumping around a bit in actual gameplay (from shooting to driving a boat, etc.), does take some getting used to. However, this is not unlike any other game that utilises comparable mechanics. In another similar fashion to both Sherlock and L.A. Noire, you use your trusty notebook to keep track of your cases. Current objectives, suspects and places of interest are all recorded in this handy-dandy book, and it serves as your most invaluable tool. Almost as helpful is your user-friendly map, which serves as a teleportation tool that allows you to quick-travel to specific locations around the city.

The Sinking City also features decision-making as one of its more prominent elements. The characters you talk to and the locations you visit are all dependent on how thorough you choose to be. The characters I met were extremely well crafted. One woman I spoke to had her mouth sewn shut, another nod to Lovecraft. When talking to someone, you have several options in your responses and the questions you can ask. At the beginning of this particular mission, I had the option of either charging or not charging my client a fee (in this case her wedding ring). Not wanting to deprive a distraught woman of her only memento of her missing husband, I chose to not charge her. Who says you can’t be altruistic in a game?

Choices like these are what lead to other locations and characters becoming available to you. As all decisions are permanent, however, be careful what you say. In the case of my own playthrough, my intended good deed led to a very unhappy cult group getting their hands on me in the end. Though I didn’t see it for myself, Frogwares’ Sergey Oganesyan told me that these decisions also lead to a variety of different endings. With wide-ranging narrative branches even in small matters like this, playing the game the same way twice would be extremely difficult, as the number of choices you make are so frequent and varied it would be like trying to re-enact a Lovecraftian version of Groundhog Day.

Ingmar: What kind of side missions does the game have?

Sergey: As a detective, your job is really to conduct investigations. But what makes these investigations different is not only gameplay, but also stories. I like one side quest in particular. A guy is asking you to find his sister, who was admitted to a mental institution. She had been there until one day he came to visit and the doctors told him they had never known a patient with that name. That whole side quest and its ending is pure shock value, I’m not going to lie, but by untangling the mystery you will understand why everything happened the way it did.

The stories you can experience should and will surprise, amuse and shock you.

Ingmar: Side missions aside, what kind of other optional content does the game have?

Sergey: Collectibles, for example. We will have letters, written by people who were about to die. You know, their last wishes, regrets, messages to their loved ones. Finding collectibles like this is a cool and subtle way to learn more about the city and its story. We believe we have very detailed lore in our game and we want players to learn the story of the city bit by bit. What’s cool about these letters is that they were written by our communities. That’s one of the ways people influenced our game.

Regarding other optional content and encounters, we will reveal that when the time comes.

Ingmar: Fear of the unknown is an important element of Lovecraft. How do you try to capture this aspect in the game, and do you consider this a conflict with actually showing the monsters?

Sergey: I mentioned the flood as one of the ways to convey the fear of the unknown. And I don’t think there’s a conflict. Monsters are there to put pressure on the player, add some raw thrill to the game. But it’s not what the game is about; it’s not a horror game, and it’s not about fighting monsters.

But when it comes to more powerful beings (wink-wink), that’s as spoilery as it gets, sorry.

Ingmar: What games do you consider influential for The Sinking City?

Sergey: We looked at many different games, but I’d avoid drawing parallels, to be honest.

Sergey: Aiming for late 2018. We are still in production, adding new quests, more content. There’s a lot of things to do.

Ingmar: Is it likely that Frogwares is going to return to the Sherlock Holmes series in the future?

Sergey: We never said goodbye to Sherlock, and we aren’t going to. But as of now, we are all about The Sinking City.

Ingmar: Thanks very much for your time, Sergey! We look forward to seeing and hearing more about The Sinking City in the coming months. 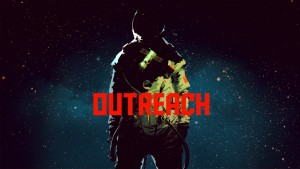