If videogames and sci-fi movies have taught me anything, it’s that I should never attempt space exploration of any sort. Asteroids might cripple the ship, alien parasites might take over the crew, or in the case of Digital Media Workshop’s upcoming Prominence, the crew could simply disappear altogether, leaving me all alone. You think I'd learn, but then again, that's what makes them so fun! As scared as I am of alien threats and the great vacuum of space, an intriguing sci-fi story will always win me over in the end. And if the early preview demo of Prominence is anything to go by, this latest space mystery will be one that is definitely worth unravelling.

Prominence is a first-person point-and-click game in which you play a lone adventurer who wakes up in the medical bay of an abandoned, damaged space station. The doors are locked, everything seems to be running on emergency power, and to top it off you have no memory of who you are or why you are there. Getting out of the room and restoring power are your first tasks, but they represent only the tip of the iceberg. Soon you will have a vast space station to explore and a compelling mystery to solve: Why did everyone leave? Where have they gone? What exactly were they researching? Who are you and how do you fit into it all?

Although hardly original, this amnesiac premise is quick to draw you in. As you progress through the ship, you'll find clues about the lives of the former inhabitants all around, many of them on computer consoles in each room. There are e-mails and voicemails ranging from such mundane topics as repairing parts of the ship to more personal matters such as an on-board romance. The more you discover, the more immersed you'll become in the stories of the ship's crew and the more driven you'll be to find out what happened to them. The demo I played hinted through a couple of entries that there had been some odd readings emanating from the ship’s destination that needed to be checked out.

Navigation around the ship is smooth and logical, offering 360-degree panning in each scene. Almost all movement is animated from one predetermined point to the next, but you have the option of skipping each travel cutscene. Not once did I feel lost or get turned around, which is a huge plus in a node-based adventure. The interface is just as simple: directional icons on screen will move you around the environment, a hand icon lets you interact with objects and right-clicking brings up the inventory. As the game progresses, not only do you acquire some new abilities such as night vision to help you gain access to other parts of the ship, your menu options also expand to include the e-mails and voice recordings you’ve found so far, along with your current objectives. These extra resources are a small addition, but they make for a lot less backtracking or note-taking headaches in the long run and I was extremely appreciative to have them.

You’ll eventually be joined via intercom by ANNIE, the ship’s computer, who provides your objectives and offers helpful hints along the way. These hints come up regardless of whether you want them or not, but are vague enough that they do not spoil your game experience. The demo did not include all of the total planned exchanges, but from the looks of it ANNIE's presence will make for a much less solitary adventure than first anticipated. 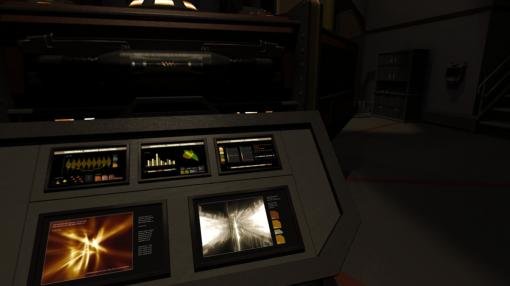 Speaking of companions, the voice acting presented so far is top notch. ANNIE is appropriately robotic and almost devoid of emotion, but also has an inviting tone that makes sense considering it’s the computer that everyone has to interact with. While not actually present, missing crew members are represented via voicemails, which help to flesh out characters that are never seen, from the grim, gravelly-voiced commander to the no-nonsense ship doctor.

Most of the puzzles I encountered were inventory-based. It took a keen eye to spot some of the harder-to-find items, but for the most part the puzzles are logical and well integrated into the environment, such as taking apart items in the medical bay in order to MacGyver an escape for yourself at the beginning of the game. Those aren’t the only puzzles, however, and it doesn’t take long to realize that every document or voice recording you come across may contain a potential clue for a future puzzle, like passwords or schematics. These are also nicely integrated into the story and make for an entertaining experience. For instance, you’ll need to study the crew’s exchanges to know who does what on the ship, which will be important later when trying to figure out whose identity card you'll need to use where.

As for the ship itself, what at first seems like a fairly simple and static environment soon opens up into more varied areas with polished art design. The lower levels are industrial and gritty, only (formerly) occupied by the maintenance crew. The upper levels covered in stark, white surfaces are exclusively for scientists and high-ranking officers. Areas that you previously visited change and have more to offer once you start restoring power to the ship. The medical bay you start in, for example, suddenly has new puzzle possibilities as long-powerless computer consoles flicker on. The only ambient animations I saw came from the swirling images on the various consoles throughout the ship, but there are some great looking cinematics, ranging from simple tasks like turning on a machine to grander events such as getting knocked out by an electrical shock in your attempts to restore power.

The lack of background animation is at least partially compensated for by the natural soundscape. There are clanks and steam hisses from the bowels of the ship, and an ever-present hum of computer fans on the upper decks. Doors beep when they’re locked and swish open when you unlock them. It was quite easy for me to believe that I was on a fully functional space station.

When the Prominence preview ended, I was sorry that I could not play more, which is the mark of not just a good demo, but a promising game. There's still no firm word on when the full version will be launched, but it's worth keeping a telescope trained in its direction until it is. Space travel may still hold more perils than I'd personally ever want to encounter, but from the safety of my computer I'm willing to forge ahead if it means getting to see more of what this game has to offer. 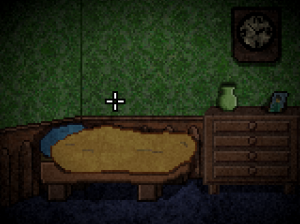 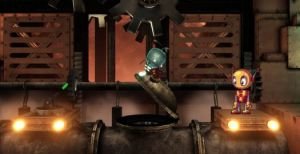