Quick: what does “science fiction” sound like? Bleeps, bloops, and whirs most likely come to mind, right? But just as important as the gee-whiz effects of advanced technology are the sounds of everyday life that continue to feel familiar, even in the most dystopian cyberpunk future. The patter of rain on the window, the low hum of air conditioning, the creaks of an unloved old door opening and closing. Great sci-fi sound design grounds us in a world we know even as it elicits the wildest flights of fancy. Too little of one aspect limits imagination for boundless new possibilities; too little of the other disconnects us from our own shared reality. 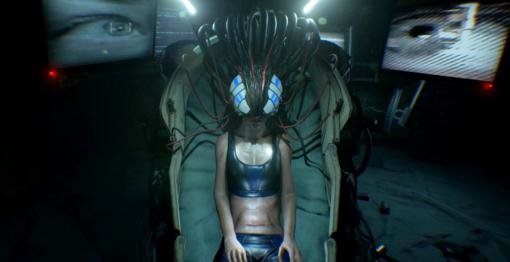 Bloober Team’s >observer_ nails this delicate balance between old and new. The apartment complex where most of the action takes place is alive with the kinds of noises we’d expect from a dense urban slum: loud tenants shout from inside their rooms, electrical wiring buzzes as it hangs precariously from the ceiling (surely that can’t be up to code), floors that haven’t been reinforced in decades croak achingly underfoot. But amidst that mundane backdrop are the chunky, analog chittering of your scanner, the loud distortion of barely-functioning intercoms, and the distant ambient whine of passing air-cars. And then you hack into people’s minds, where the real nightmare begins with a horrifying soundscape that mixes industrial screeching, electronic glitches, and raw human despair. 2084 Poland is not a pleasant place to live, but it sure sounds great. For crafting a memorable, terrifying, and above all, aurally believable future world, >observer_ wins our 2017 Aggie for Best Sound Effects. [Cue applause.] 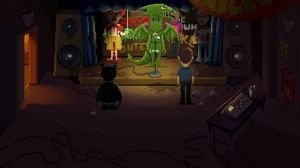 As always, the big winner here is really “no answer.” It’s an annual reminder of how much we take for granted the audio backdrops to our gaming experiences, just as we do in real life. (When was the last time you consciously listened to the ambient noises around you every day?) Lots of games give short-shrift to sound effects as a result, but when done right they are a subtle but vital component of world-building, like the plentiful archaic tech devices in 1987 Thimbleweed Park: the staticky howls of a dial-up modem connection; tootles and dings from the Tron-3000 machines; hums when gadgets work, zaps when they’re disabled, and beeps as they crash. Other realism-inducing sounds include the click of a microwave door, the chime as an elevator passes a floor, a crackling flame on the diner’s grill, the loud spittle-twangs of death-dealing lasers, and even the hurling blech of vomit (hey, we didn’t say they were all pleasant sounds!). For making us so willing to suspend disbelief in the offbeat world of Thimbleweed Park, dingdingding our readers have a winner!