With most games, acting is only a minor part of the whole, and it has to really stand out (for good or ill) to be memorable amid all the head-scratching, McGuffin-hunting and fetch-questing that makes up the life of a modern adventurer. And often it’s only heard, the visual element left to animated sprites to convey on-screen. D’Avekki Studios’ The Infectious Madness of Doctor Dekker, by contrast, focuses solely on its characters throughout, without so much as a change of scene to distract you from the real human patients sitting on your couch, baring their souls in live-action, full-screen video. The experience stands or falls by the quality of its acting, and it's a testament to all those involved that the end result is so compellingly unsettling. Many of them have budding careers in TV and film, and it shows. 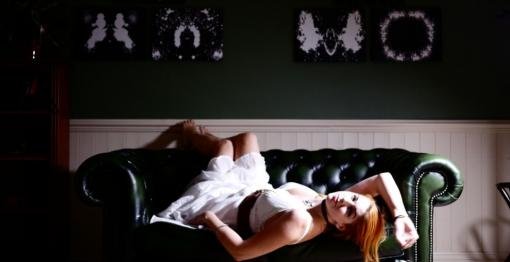 As a psychiatrist, your subjects are some very disturbed people, with stories to tell that are by turns harrowing and bizarre. It would have been so easy to ham it up, turning this into a schlocky interactive B-movie at best. Instead, everyone here gives beautifully nuanced, almost hypnotic performances, discussing the impossible with such calm rationality that before long you're starting to doubt your own sanity instead, slipping into a parallel universe where anything's possible. They're a varied bunch, too, ranging from frigidly hostile Claire to excitable academic Professor Warwick to friendly Elin and even flirty Marianna. Doctor Dekker plays with big ideas, and its power lies in persuading you to accept these patients on their own terms, not as crazy or weird; to stop seeing them as puzzles to be solved and just relate to them as human beings. These riveting therapy sessions will suck you in and keep you coming back for more, making this game a deserving recipient of this year's Aggie for Best Acting. 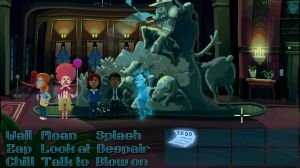 Well, yahoo-a-reno for Thimbleweed Park! Who needs live-action, after all? Apparently not you readers, who were mightily impressed by the collection of voice talent on display here. No matter how well a character is written, it takes the right direction, the best actor to get the most out of the role – and the odder the personality, the truer that is. Considering Ron Gilbert and Gary Winnick’s first collaboration didn’t even have voices, it was no sure thing they’d be able to seal the deal this time around. But the cast is uniformly excellent, from the grizzled, cynical Special Agent Angela Ray to the cantankerous Ransome, the cursing-censored, Krusty-like costumed clown. Each actor’s voice suits their online persona to a “T”, with their own distinctive quirks and mannerisms and sayings that truly make them unique. In fact, the cast was SO good, the developers sent them back into the studio after launch to record extra conversations amongst the playable protagonists. Now that’s going above and beyond the call of duty, and is well worth an Aggie for their efforts.