Within this lyrical fantasy set in the Age of the Great Guilds, you as young Bobbin, last in your Weavers Guild, compose spells on a magic staff to repair the pattern of life before Chaos rules supreme.

Loom has been released on many platforms including Amiga, Atari-St, FM-Towns, PC-engine, Mac and PC (EGA). An updated version appeared on PC CD-ROM later with voices added and enhanced 256 color graphics.

Average based on 22 ratings
Your rating

New LucasArts titles include digital premiere of Zak McKracken and the Alien Mindbenders.

Stuck in Loom, or looking for the best way to proceed? Click below to view our walkthrough for Loom and wonder no more!

Read the walkthrough for Loom (2255 words) 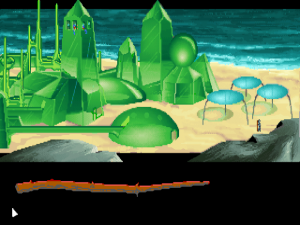 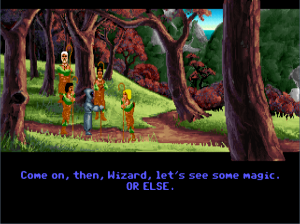 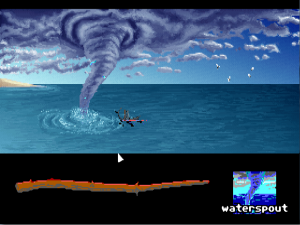 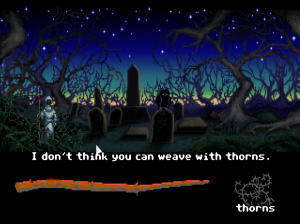 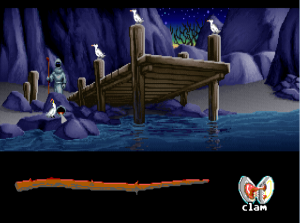 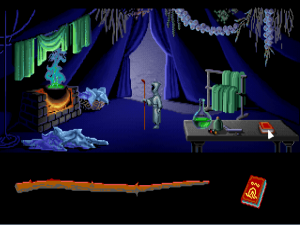 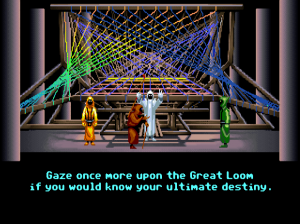 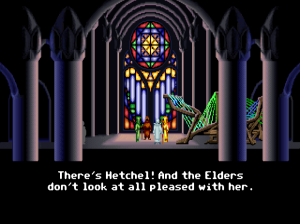 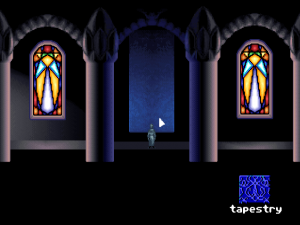 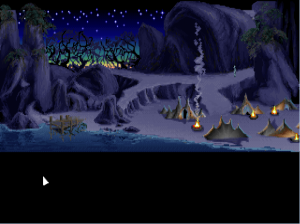 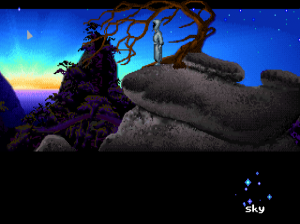 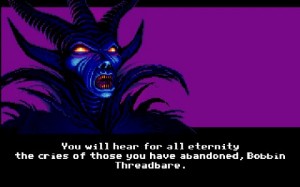 Videos for Loom » View all videos

No videos for Loom available (yet)

What our readers think of Loom

a question of version

It's the japanese FM Towns version ( also in english ) you should play. That's the five star version. If you bought Loom from Steam it's free to download. ScummVM does the job....
Read the review »

Loom is a Very Good Retro Game, Only Complaint is it is Short and Some of Voice Acting Wasn't Best

First off, this games story is very good and it has great music throughout. The story is interesting in that the main character has to learn notes to be able to play spells as he eventually has to use his spells to destroy evil. Fairly simple enough story,...
Read the review »

this adventure released in 1990 was one i never got to play when i was younger. it was fun to play it now. a nicely built—albeit rather short—fantasy story. the main difference with this game is you don't pick up any objects at all. instead, you...
Read the review »


Loom by LucasArts - A Point and Click Adventure Game

Loom is an adventure game, released in 1990 by LucasArts. Loom has a Comic cartoon style and uses a Point-and-click control scheme. Adventure Gamers have published a review of Loom and rate it as Good, meanwhile the community rating for Loom is Very good.