We get a small commission from any books sold.
Written by
Cathlyn Vania — November 27, 2017

When I first saw the trailer for Tiny Echo, I couldn’t stop admiring the wonderful, painstakingly hand-painted art style that evoked the magic of Studio Ghibli movies or the old-timey animated features from the 1940s Disney era. The gorgeous scenery looked so inviting to explore, it was impossible to think about anything else as I watched a little guy whose entire head is a giant eyeball roam around the lush, eclectic-looking world. Fortunately, once I got deeper into the actual game, I found that its universe only gets more impressive, as a simple but lovely interactive adventure unfolds across a series of maze-like landscapes, though without much story or gameplay depth to match its fascinating presentation.

Tiny Echo tells the humble story of a very sleepy mailman named Emi, who must deliver letters sent by a drought-devastated village to the spirits of the undergrowth. The spirits are large, mysterious creatures with capes, each of them partially resembling the animals from our world (bird-like beaks, moose-like heads, bear-like ears). Players can only interpret their interactions with Emi through murmurs, sounds, and gestures, since there is no speech or even in-game texts to tell you what is going on. At first I couldn’t make out who these characters were, but I began to toy with the idea that they might be gods after witnessing some ‘spiritual’ moments occurring each time a delivery is made.

The adventure transitions straight out of the main menu, as the screen slowly swoops down to a rocky, deserted land. Starting the game like this feels disorienting at first, since there’s no avatar to move around this gloomy place. But it turns out you can interact directly with the environment via the cursor, and soon I was able to move along. Progressing further, I encountered a civilization of sorts, groups of odd little creatures sitting around the grey rocks with their heads down. Some even huddled together around a faded memory of a warm campfire (the fire came and went as I clicked), with ominous trails of black smoke wafting out of their tube-shaped heads. This opening surprised me, since I expected to encounter those scenic painted rivers and moss-covered rocks I’d seen in the trailer right away. 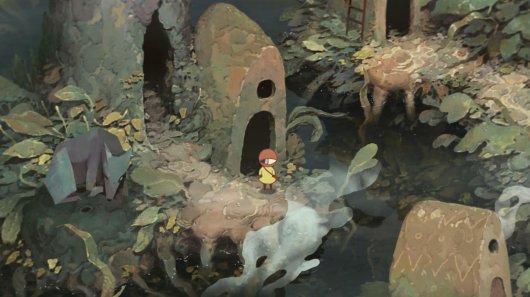 As I continued to explore, I was guided to an enormous crater, where the black smoke filtered down, eerily dropping envelopes into the void. An animated scene then follows the envelopes as they descend to the bottom of the crater. There we finally met Emi, who’s asleep at his desk while the mail begins to pile up next to him. This kind of smooth transition from one scene to the next, which feels almost storybook-ish, is present throughout the journey.

The cursor changes shape when hovering over an interactive object, with left-click performing the designated action. Right-clicking reveals mainly two things: floating envelopes above characters’ heads (if any) and all the available routes to go. Most of the time I challenged myself not to use this aid, to discover for myself whether the character in front of me was a spirit waiting for a letter or just a common traveler. Along with this peeking ability, there’s also an indicator above Emi’s head to show how many letters he has left to deliver, which is super handy.

Even equipped with a magic pointer, making progress is a wee bit more challenging as there’s only so much the cursor can tell you. The detailed world of Tiny Echo feels very organic, making each area seem somewhat endless. Every path is filled with leaves, plants, trees, uneven rocks, and mossy lumps, and some are even partly covered with drooping plants or towering boulders, all presented in a gouache-looking painterly style. Every step feels new and different, which is a treat, but because of these environmental details, Emi and I often had to go the extra mile to get around. 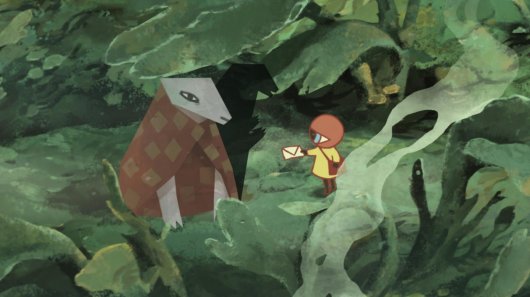 Some paths may look accessible, but are actually blocked by hard-to-see obstacles and barriers, like cracks or subtle hills you can’t climb. This means you can’t always just click wherever you want to walk. Instead, moving forward at times feels like searching for one new stepping stone after another through an environmental maze, using a lot of trial and error. But I really liked the feeling of exploring the wild. At first you can never remember exactly where each dirt patch ends, but eventually navigation becomes quite manageable after revisiting the same spot a couple of times.

Above ground, I noticed the presence of thin layers of mist, slowly moving like clouds over the environment. Sometimes I could see Emi or the plants behind him obscured, hidden by the mists, and this seemingly little touch offers an incredibly atmospheric experience. In contrast to the broad outdoor views, whenever Emi walks into a cave, don’t expect the camera to zoom out and show you the rest of the area. It waits for you. You must walk step by step, one cave wall at a time, until finally the camera reveals the giant fire burner, for example, at the end of a tunnel. This approach is perfect for keeping secrets and makes you wonder, keeps you curious enough to explore all the corners and dark places you can find.

Accompanying the artful visuals are soft percussion and tribal instruments in the background, enhancing the pre-industrial vibes of this otherworldly environment. Soothing saxophones can sometimes be heard, adding a jazzy feel to certain areas where Emi looks bored while walking slowly to deliver the next letter. The developers have done an amazing job of building an immersive soundtrack, but they also knew when to leave us in complete silence. A little warning for those who plan to wear headphones, however: some of the sound effects might startle or grate on you, especially during important events in the game, like the sound of high-pitched, boiling tea water that won’t subside until you finish a particular task. 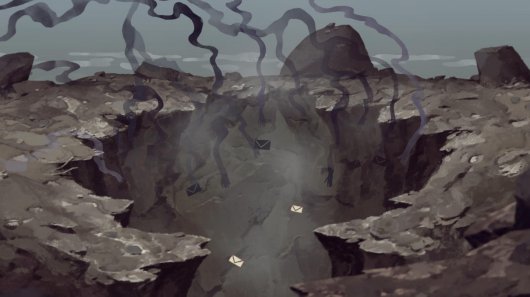 There are 13 spirits waiting for their letters from Emi, and each has a certain requirement or different approach. There’s one spirit who doesn’t have an envelope symbol above its head (even after numerous right-clicks) and when I clicked the path going towards it, my pointer faded. So I thought hey, he must be just a really epic-looking NPC. Only towards the end of the story did I find out I had to be brave enough to persevere and find a special way to get to him. There are some objectives requiring you to ‘catch’ the spirit in a whack-a-mole style (which is pretty simple and fun), and others that have you fulfilling requests first, such as lighting a fireplace.

It took me a while to complete these requests, but not because of the difficulty of the tasks themselves. It was mostly because in some cases I first had to understand what was required, before going around activating relevant objects and meeting NPCs to help me accomplish them. If I may lend a word of advice: keep your eyes open and watch out for even the most subtle details. I found the biggest secrets by trying out (desperately) what I thought were mere decorations. There’s an absence of more classic adventure ingredients, such as inventory gathering and object combining, as well as other familiar puzzle types, replaced here with relatively simple tasks that don’t require much deduction, only enough common sense to put two and two together. 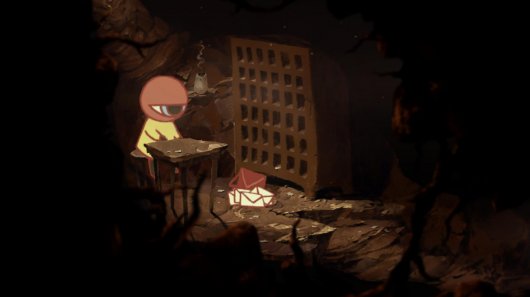 The whole game simply follows Emi as he delivers letters to the spirits, and when that task is done, our adventure concludes as well. The story never branches too far away from its letter-delivery mission, as even seemingly unrelated detours such as consoling a crying girl ends up factoring into the main task. It’s a pretty straightforward tale, driven along by the maze-like world to explore, and very little backstory is ever conveyed. We never really learn why the village is in such horrible condition or why the spirits seem to have abandoned their duties. Could there be a traumatic event behind it, or is this some sort of divine punishment for the sad-looking villagers? And why does Emi look so different from the rest of the two-eyed populace? Could he also be a spirit, acting as a conduit between the upper and lower worlds? The possibilities are endless, which may well have been the intention of the developers. But even so, the distinctly-designed characters and imaginative architecture provide so much potential for story development, it could have been fleshed out more.

In the end, Tiny Echo gave me plenty to marvel at, especially visually. It’s a short game, taking me only two hours to finish, though it definitely felt much longer than that. This illusion might be due to the slow pace of both the story and Emi’s movements, though each suits the serene atmosphere. The game wraps up with a rather predictable but proper ending, though with some unanswered questions that left me wanting more. There are many curious areas and secondary characters that I wish we could have learned more about, so if Might and Delight ever want to expand the narrative within this breathtaking realm, I would be ready to dive back into it in a heartbeat.

Tiny Echo is available at:

Even though it doesn’t offer much story or puzzle depth, Tiny Echo is nevertheless a treat for the eyes and an enchanting journey worth every minute of its two-hour playtime.

GAME INFO Tiny Echo is an adventure game by Might and Delight released in 2017 for Mac, PC and Linux. It has a Stylized art style, presented in 2D or 2.5D and is played in a Third-Person perspective. 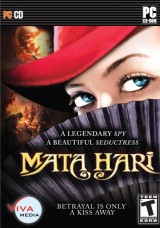 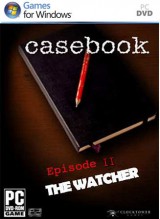