The Journey Down: Chapter Three review

Since The Journey Down first saw daylight in 2010, it has gone through a few notable changes, starting life as a freeware point-and-click appetizer and eventually growing into a full-fledged trilogy of episodic adventuring. Although each chapter has added its own particular flavors to the mix, the franchise has always carried with it an underlying attitude of good vibes and laid-back humor. Swedish developer SkyGoblin has left the series’ core atmosphere untouched, while giving the third episode its own unmistakable voice, resulting in a finale that is full of adventure and a pure joy to experience, closing out the story with a ton of charm and flair.

The Journey Down: Chapter Three is by no means a standalone title. To appreciate the game, you’ll need to have followed the previous exploits of brothers-turned-charter-pilots Bwana and Kito, mixed up with the beautiful Lina, on the run and chased by henchmen of the nefarious St. Armando Power Company. Following the trail of an old book left to them by their father, the mysteriously-disappeared Captain Kaonandodo, the trio has faced many dangers in their search for the fabled Underland. Now, after all the cliffhangers and unanswered questions, it’s finally time for the story to find some much-needed, utterly satisfying closure.

Rather than putting all the focus on Bwana and Kito, the story this time around truly belongs to the whole trio. There’s no catch-up summary, no preamble; the game throws players right into the thick of things, rejoining the group right where they left off in finally entering the Underland. After a brief sequence featuring some simple point-and-click gameplay, the friends split up, each following their own leads, with Lina remaining in the Underland to foil the Power Company’s plans while Bwana and Kito return to St. Armando to fight the fight on the home front. This leaves us with two different settings, each with its own cast of memorable characters and different overarching cinematic atmospheres, which are pendulated between at predetermined points. 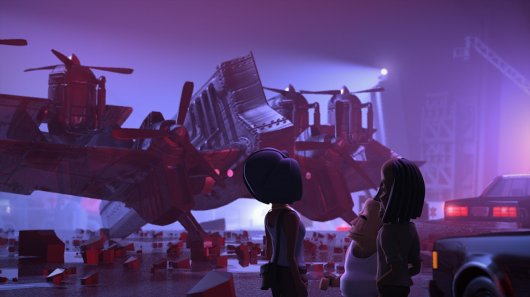 Lina’s travels can best be described as having a pulp adventure feel reminiscent of Indiana Jones: lush islands, foggy jungle scenes, and floating sky pirate fortresses are just some of the locales our heroine discovers on her part of the journey. The Underland itself draws heavy visual inspiration from the far-reaching grasslands of Africa, with a background art style almost bordering on tribal. This part of the game is more lore-driven, including a supernatural element involving the Underland’s ancient animal gods. While it features less supporting characters than Bwana and Kito’s portion, Lina’s story includes a momentous discovery that most players have been anxiously anticipating since Chapter One.

Meanwhile, the boys have made their way back to the urban environment of St. Armando, specifically to the new neighborhood of Sankara Town, only to get caught up with an underground resistance movement led by a rock and roll band fighting against the city’s corrupt officials and corporate menace. As Bwana makes his way through the city, he runs into both old and new friends. Unwittingly walking onto camera during a live TV news broadcast, he meets Gabi, the spunky reporter whose nose for a real scoop prompts her to join him. Then there’s the Resistance Rockers. Waasi, the group’s frontman and childhood friend of Bwana and Kito, used to rule the stage with his guitar-shredding skills, but has since lost his mojo. His second-in-command, the band’s drummer Bombshell, is an expert in all-things-pyrotechnics-and-explosive. Each character has a distinct personality, and all are of course still designed with the series’ trademark African tribal mask motif as faces.

The developers lighten the mood whenever possible during the brothers’ scenarios, taking advantage of Bwana’s laid-back and jovial disposition toward everyone he meets. The few exchanges between he and Kito are always good for a laugh or two, as they seem to enjoy being clueless heroes, somehow managing to bumble through one sticky situation after another unscathed. 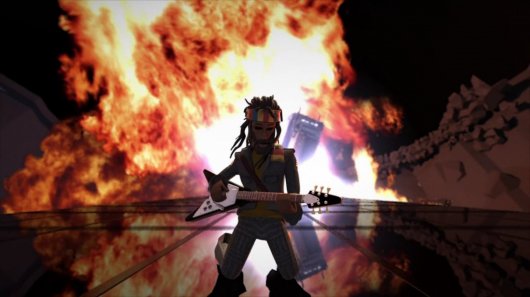 At this point, The Journey Down is almost synonymous with excellent music, and Chapter Three does not disappoint in the least. Jamie Salisbury returns as composer and makes the most of the divergent story paths, creating a beautiful soundtrack that perfectly matches each setting. The tried-and-true Afro-Reggae approach complements the Underland sections, while St. Armando’s concrete jungle is accompanied by an emulation of the cheesiest, rockingest ‘80s tunes. At first, this does seem a little out of place for the series, but once you have spent a little bit of time soaking up the deliberately schlocky action movie vibe, it becomes a natural fit, produced at a high threshold of quality.

Equally impressive are the game’s other production elements, including the graphics and voice work. While both of these have been enjoyable throughout the series, there have been some noticeable weak areas as well. This time around, the envelope has been pushed further than ever in the graphics department. For one thing, SkyGoblin has addressed the slight inconsistencies seen in previous background art. The wide-open Underland features sweeping pastel skies begging for a gorgeous sunset, while St. Armando is all rain-slick concrete and neon advertising tubes blanketed in perpetual night. Fully-animated cinematic sequences abound, nudging the visuals up just that little bit more.

Not to be outdone, the voice-over cast has also been noticeably improved. All the returning actors turn in solid performances once more, but where the first two entries were hit-and-miss with their supporting casts, there’s little to find fault with this time around. 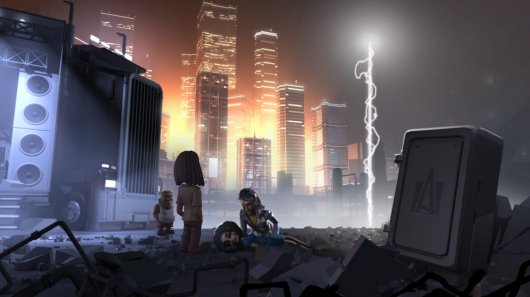 There are a few things worth noting that mar the overall package just a little. First is the game’s length, which, at somewhere between 3-4 hours is sadly a little shorter than its predecessor. However, when played as a full package, The Journey Down’s three chapters clock in at a satisfying length. This final instalment is also unlikely to offer much challenge to any but the most novice adventure gamers. While inventory-based puzzles are present throughout this chapter’s runtime, solutions are clearly telegraphed and it’s almost always immediately apparent what an item is for or how it should be used.

Instead, the focus this time around is plainly on the storytelling, sacrificing game length and puzzle complexity in favor of closing the story with a bang – and what an ending it is, with a climax that can only be described as “absolutely metal!” True, you are forced to give up control several times during this section as events unfold at a fever pitch, but the game’s wrap-up is satisfying enough that I didn’t care one bit. In fact, a few times it brought a genuine smile to my face; I may even have cheered along at one point – not many games manage to do that. It’s a perfect close to the story, and one that will stick with me whenever I think of my time with the game.

The Journey Down as a whole has offered up many more positives than negatives over its seven-year run, and is more than deserving of any adventure gamer’s attention. Chapter Three is its crowning achievement in many ways, letting the developers take full advantage of everything they’ve learned from the previous entries. Story, sound, and graphics are all impressive, and the music, already a linchpin of the series, is downright flawless this time around. Ultimately, being able to finally experience the epic ending is well worth the price of an easier, slightly shorter chapter to close out a very impressive trilogy overall.

WHERE CAN I DOWNLOAD The Journey Down: Chapter Three

The Journey Down: Chapter Three is available at:

While shorter than the last instalment, and the easiest of the three to boot, the final chapter of The Journey Down brings closure to series veterans and, more importantly, makes the entire trilogy required gaming for adventure fans in general.

GAME INFO The Journey Down: Chapter Three is an adventure game by SkyGoblin released in 2017 for iPad, iPhone, Mac, PC, PlayStation 4, Switch, Xbox One and Linux. It has a Stylized art style, presented in 2D or 2.5D and is played in a Third-Person perspective.

What our readers think of The Journey Down: Chapter Three

A nice and funny adventure game, but problably to easy for the experienced adventure gamer. Playing the episodes right after each other makes an adventure game with enough length, but price wise a little bit... Read the review » 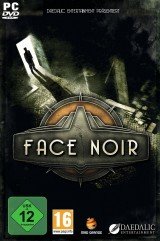