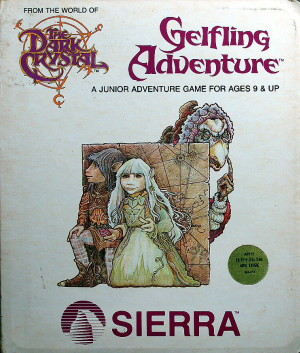 Gelfling Adventure is a computer game published by Sierra On-line for the Apple II series computers in 1984. The game included one 5 1/4” floppy disk, one booklet, and a special fold-out poster.

The game was a basic bitmap graphics/multiple choice first-person adventure, written by game designer Al Lowe. Often cited as a simplified version of the original Dark Crystal computer game intended for a younger audience. It featured many of the same graphics and storyline as the original, but the puzzles and options were more simplified and menu oriented.

Read the walkthrough for Gelfling Adventure (1090 words)
Note, these will contain spoilers. 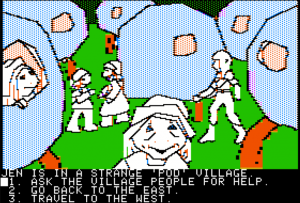 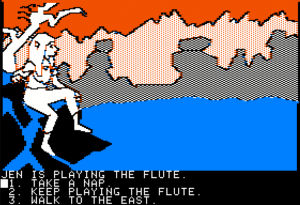 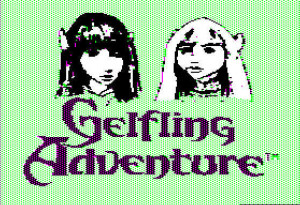 No videos for Gelfling Adventure available (yet)

What our readers think of Gelfling Adventure

There haven't been any reader that reviewed Gelfling Adventure yet. Please share your (short) verdict, a review or post your star rating!