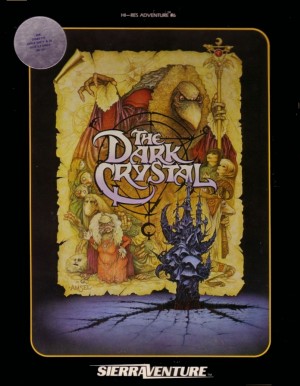 In a faraway world, an event of cosmic importance is about to occur: a Great Conjunction of the planet’s Three Suns. A thousand years ago, when the Suns last came together, a cruel and selfish tribe known as the Skeksis seized control of the radiant Crystal that once brought harmony to all beings. A quarrel erupted and blows were struck, fracturing the Crystal and sending a shard flying off into the countryside. The Cyrstal darkened, and evil spread like a cloud across the land. Now, as Jen, last known survivor of the Gelfling race, it is up to you to travel the world and fulfill an ancient prophecy by restoring the missing shard of the Dark Crystal. But there is much to be learned, and time is short. Unless you heal the Crystal before the Great Conjunction, all things whole and good will be destroyed, and the tyranny of the Skeksis will be reconfirmed forever!

Designed by Roberta Williams and based on the epic fantasy film by Jim Henson. A re-creation of The Dark Crystal computer game can be played online, as part of the 30th anniversary.

Walkthrough for The Dark Crystal

Read the walkthrough for The Dark Crystal (1458 words)

Screenshots for The Dark Crystal » View all screenshots (39) 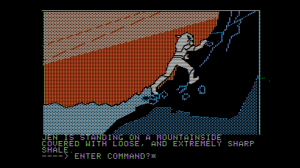 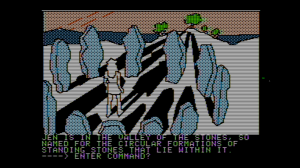 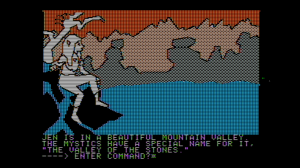 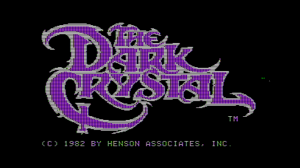 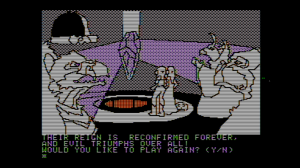 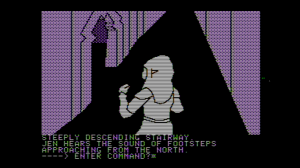 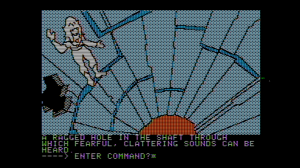 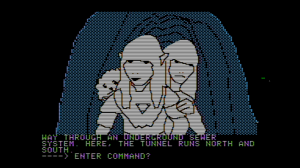 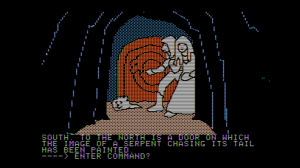 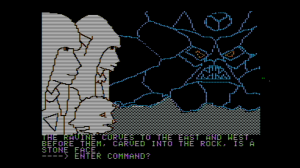 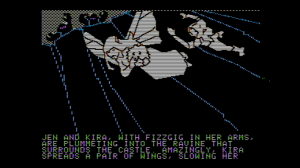 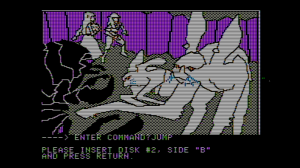 Videos for The Dark Crystal » View all videos

No videos for The Dark Crystal available (yet)

What our readers think of The Dark Crystal

There haven't been any reader that reviewed The Dark Crystal yet. Please share your (short) verdict, a review or post your star rating!