The calendar may have already turned to a new year, a new decade, but we’re not quite finished with the old one just yet. Not when there are still Aggie Awards to give out!

Yes, hard as it is to believe, it’s that time of year once again where we recognize the best and brightest games (and their creators) from the past twelve months. And if you thought the last couple years were insane in terms of new releases, that ain’t nuthin’ compared to the ridiculous 180 that came out in 2019! 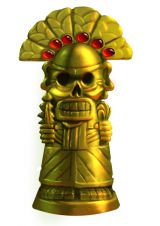 That’s not a typo: 180!! And as always, this doesn’t include unfinished episodic adventures or anything we deem a little TOO far outside the boundaries of the adventure genre – though admittedly, we have loosened our standards a bit in that regard to make the Aggies more reflective of the tremendous diversity of modern titles. It’s the spirit of adventure that counts, after all, whether pure point-and-click, choice-driven narratives, puzzle-lite explorations, or even a bit of running, jumping and fighting (or cowering in hiding) for survival.

This embarrassment of riches is a great thing, of course, but so much selection makes paring it all down to the best of the best all the more daunting. So… we cheated! In the past we’ve only recognized five final nominees for each category, but this year let’s spread the wealth and bump it to TEN!

Not every game can make the cut, but really there’s no such thing as a “snub,” only an abundance of deserving competitors. With so many great games and so few finalists (and even fewer winners!), something had to give.

Ours aren’t the only voices that count, mind you, so you too will have your chance to vote your (dis)pleasure with our choices when the reader poll arrives on Monday, January 27th.

And now, ladies and gentlemen, our Aggie Award final nominees for 2019. Tune back in Friday, February 7th for our single-day awards presentation to find out who won!

If a picture is worth a thousand words, this category speaks volumes. Regardless of technique, this award recognizes games that are not only visually attractive but stylistically distinctive. One look at a screenshot should elicit not only jaw-dropping admiration, but intuitive recognition of the game to which it belongs. This award includes both game world and character design, but not cinematics.

Blacksad: Under the Skin
Blair Witch
Chook & Sosig: Walk the Plank
The Dark Pictures Anthology: Man of Medan
Gibbous: A Cthulhu Adventure
Interrogation: You will be deceived
Irony Curtain: From Matryoshka with Love
Life Is Strange 2
Trüberbrook
The Walking Dead: The Final Season

Naaah, finding out now would be like using a walkthrough. You’ve got to savour the process and try to piece it together with the hints provided. One thing’s for sure: the answer is on this page somewhere! Tune back in Friday, February 7th to see if you’ve figured it out correctly.


1 2 Next »
continue reading below