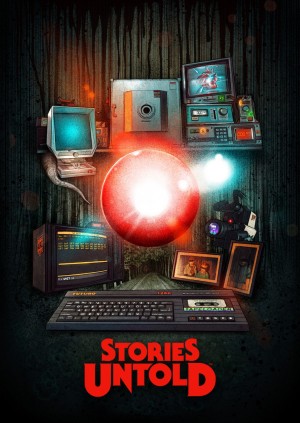 Adventure games by No Code

“You are standing in an open field west of a white house, with a boarded front door. There is a small mailbox here.”

For gamers of a certain age, that sentence evokes as potent a wave of nostalgia as hearing the song that was playing during their first kiss or catching a whiff of their mom’s famous cinnamon rolls. Zork and its kin defined adventure gaming for nearly a decade before developers swapped paragraphs of descriptive text out for chunky pixels. And while graphic adventures have enjoyed a mainstream resurgence in recent years, text adventures have had no such luck. Outside of the robust but relatively insular interactive fiction community, text adventures have been long dead to the gaming public at large since the 1980s.

So it was quite a surprise when a game popped up seemingly out of nowhere that proudly displayed a wall of glowing neon orange text on a faux wood-paneled television in its screenshots. Had someone really gone and released an old-school text adventure in 2017… for money? 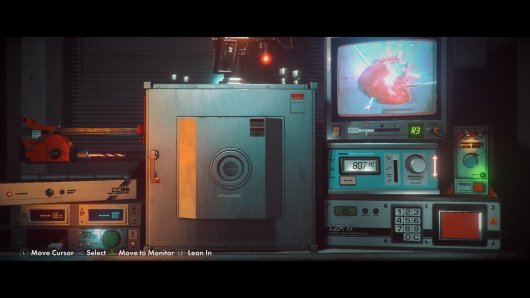 Well, no, not quite. Stories Untold, from No Code and Devolver Digital, is a series of four short experimental vignettes, and each does have a monitor that includes a text parser, allowing you to interact text-adventure style with the device. However, they primarily revolve around interacting in first-person with arrays of other screens and devices around it: a TV and computer, a microfiche and ham radio, an array of medical equipment.

The first episode is the most traditional. “The House Abandon” sets you at a desk in front of an old computer, playing a retro-styled horror text adventure about a character returning to his family home after years away only to find it abandoned and decrepit. The adventure itself is perfunctory at best, with clichéd writing full of (seemingly unintentional) typos and a disappointing lack of interactivity – actions are restricted to moving, picking up items, and looking at select objects. The text parser is fairly limited to the most basic commands, there are only a few rooms to explore, and even fewer of those actually contain anything interactive.

What sets this scenario apart from simply being a mediocre text adventure is the clever and unexpected interaction between the game-within-a-game actions and the environment around you, the player. On-screen text describes a lightning strike and lightning flashes outside. In one room, you discover bloody writing on the wall, and off-screen, that same writing slowly seeps out of the wall nearby. And when the screen text describes a presence sneaking up behind you… 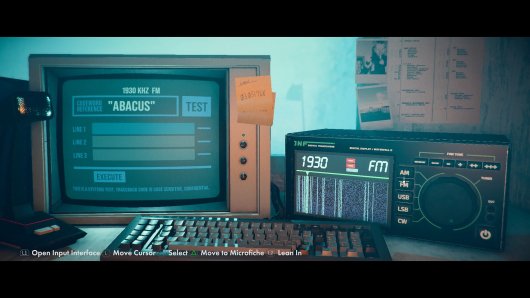 Just as you become acclimated to this unique crossover effect, the episode is over and the second begins, changing everything.  In “The Lab Conduct,” you are a research assistant in a mysterious laboratory, seated in front of an ominous containment safe and a plethora of scientific equipment. As you receive instructions over the intercom from your superior, you tweak the settings on the various equipment to run experiments on the strange object contained within the safe. This process is strictly linear, with the game waiting for you to set all the devices to the correct settings before moving forward.

The third and fourth episodes, “The Station Process” and “The Last Session,” once again change things up, taking you to a remote Arctic outpost and a creepy hospital, but much of the fun of Stories Untold is in discovering which direction each vignette goes, so I will leave it at that. Taken on their own merits, the individual chapters are punchy and clever yet a bit unsatisfying and underdeveloped – more flash fiction than short stories. Each takes between 30-45 minutes to complete with little to no replay value, and while they are full of smart details and surprises, they feel somehow less than they could be. Characters have no real development, the conclusions are often rushed, and plot twists lose some of their impact because you’ve had so little time to become invested in the them.

Taken together, however, the four vignettes coalesce into something more rewarding. Without saying too much, there is more of a narrative through-line than one might initially expect considering how disparate each installment seems from the others. The overarching narrative is not particularly innovative in content, but it smartly uses the constrained formats to tell a human story through screens, knobs, and disembodied voices. 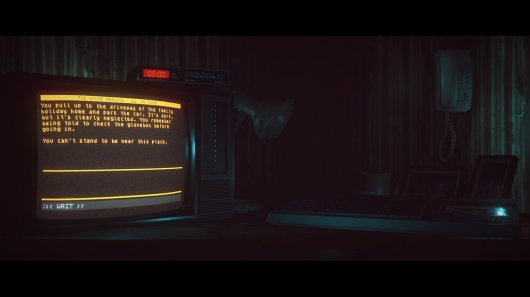 That’s good, because there isn’t much to Stories Untold other than clicking on buttons and typing basic commands into the parser. There is little puzzle-solving other than following explicit directions, occasionally reading instruction documentation for some of the machines, and a few cipher puzzles requiring you to analyze or enter a code. There’s a little bit of figuring out how to interact with some of the machines, but don’t expect any Myst-level contraptions here. It usually boils down to just finding the right switch to flip.

The game looks great when it sticks to lovingly detailed gadgets and screens that glow and distort just like an ‘80s CRT monitor should. There’s something deeply satisfying about the way the screens quiver and flicker, or the way the dials and switches click and turn. As a love letter to the heyday of the analog era, Stories Untold succeeds wildly, yet when it tries for more it stumbles. The few moments where you’re allowed to walk freely around the environment reveal a lack of detail, muddy textures, and a painfully low field of view that makes navigation a pain. These sequences are brief but annoying. Thankfully, you’ll spend most of your time seated at a desk, staring at those lovely, lovely dials.

Along with nailing the look of 1980s electronics, the developers also got the sounds right: the heavy click of keyboards, the hum of cathode rays, the static of a tuning radio. And while the first chapter is primarily told through text, the later ones incorporate more voice. The cast is solid, imbuing characters with just enough life to make their brief appearances engaging. The music, too, is effective, full of moody synths that appropriately evoke the time period, though this leads to a major pet peeve. 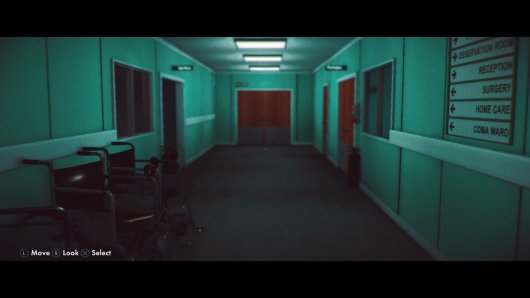 Stories Untold leans hard on the recent runaway success of the Netflix series Stranger Things, though the only things they share in common are the broad genre (horror) and decade. The game’s logo is a near trademark-infringing ripoff, and each episode opens with an intro movie that seems deliberately designed to draw comparisons with its copycat theme music; even the trailer could be mistaken for an advertisement for a new season of the TV show. These things exist only on the fringes, but the obviousness of the game’s attempt to ride the coattails of Stranger Things with its marketing does a disservice to its own identity.

And that identity is strong enough to stand out on its own. Stories Untold is one of the more unique adventure games in some time, even though it may not be one of the best. The variety of the vignettes, the lovingly detailed electronics, and the slow build of the overarching narrative help carry the game for its 2-3 hour playtime. You won’t be stumped by challenging puzzles or given a rich world to explore, but these four brief chapters are intriguing, mysterious, and don’t outstay their welcome.

Stories Untold is better than the sum of its parts, even if this collection of horror-themed interactive fiction vignettes never quite capitalizes on the potential of its concept.

What our readers think of Stories Untold

This game is filled with suspense from the very first. Mysterious, creepy, mesmerizing. It's not a real horror game, although there are moments it certainly feels like one. It features a unique combination of keyboard... Read the review »

Remember the The Twilight Zone series back in the day??

Remember the The Twilight Zone series back in the day?? This game reminds me greatly to these series. You get four (short) horror/mistery stories and they refer to each other the further you get and... Read the review » 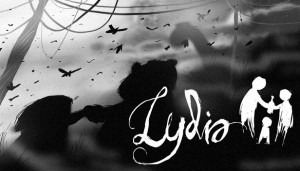