What Remains of Edith Finch review

I can count on one hand how many video games have brought me to tears. And while I expected an emotional experience while playing Giant Sparrow's What Remains of Edith Finch, I didn't expect this exploratory first-person game to sucker punch me square in the feels before its conclusion. The story's near-perfection depiction of a young woman coming to terms with her family's tragic past – and what fate has in store for her future blood relatives going forward – struck a major chord with me, and I believe this will become a title I revisit at least once a year for the foreseeable future.

Although that might sound like unchecked hyperbole, it's worth noting that my second playthrough elicited the same emotions, though different elements of the story tugged at the heartstrings during that go-around. And I also discovered just how many easily missed details the developers packed into the game's main location. Even though I spent an enormous amount of time examining antique furniture, unusual decorations, and countless family portraits, there were still quite a few things I overlooked the first time. Edith Finch has a lot to offer those who slow down, take a breath, and savor this all-too-short adventure.

The story follows the eponymous young woman as she returns to her secluded childhood home, a place she hasn't visited since the family's hasty exit from the residence years ago. Armed with a key and a fair amount of courage (she admits she's scared of the house), the teenager heads to Orcas Island to unravel the mystery behind the family curse that has claimed the lives of so many relatives over the past several decades. To reveal anything further would spoil many of the frequently heartbreaking surprises, but I will say that Edith's journey is far from ordinary. The main storyline concludes in dramatic fashion in the finale, but those looking for easy answers or copy-and-paste explanations may take issue with some of the loose ends left over at the game's conclusion. Again, I'll stop there, but players who loathe ambiguity should proceed with caution. 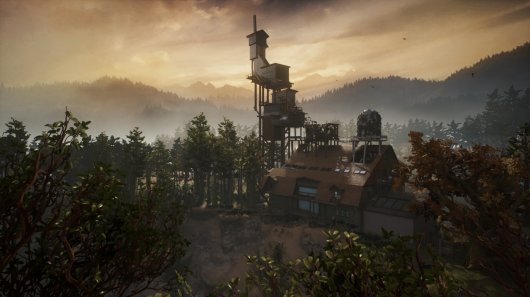 The majority of your time will be spent walking around, listening to Edith talk about her family and their history of tragedies, discovering secret passages, and embarking on short albeit highly entertaining and incredibly diverse memory excursions that often end as soon as they’ve fully pulled you in. Outside of a mild arcade-like sequence that involves snagging rabbits from the ground as an owl, you won't find yourself lost or trying to figure out your way forward. What Remains of Edith Finch isn't an adventure game in the traditional sense; instead, it's more of an interactive novel that occasionally transports you to unique worlds that let you experience the lives of a seemingly cursed family and the young girl who desperately wants to understand why these horrible things continue to happen.

Traversing the main character's old house in a fairly linear fashion, in first-person view via either keyboard/mouse combination or gamepad, offers so much more than just aimless wandering. For instance, when Edith delves into one deceased relative's story, she assumes the role of a hungry little girl heading to bed without dinner. As she desperately searches her room for something to eat, she spots a bird on the window sill. After opening the window to get a closer look at her new visitor, the little girl transforms into a cat, who leaps from tree branch to tree branch in search of its feathered prey. These continual changes in perspective are interesting shifts from the gameplay laid out by titles like Gone Home and Dear Esther, and they give the short stories tucked throughout the house an almost fairy tale-like quality.

It's these ever-changing departures that really help keep What Remains of Edith Finch so fascinating. They're perfectly spaced and offer some really intriguing moments that make each family member's individual stories stand apart from one another. One second you’re a young boy with a broken leg on a swing set, and the next you're roaming around the panels of a Tales from the Crypt-esque comic book, complete with the theme from John Carpenter's iconic horror flick Halloween for added effect. Each sequence is specifically tailored to that character's particular story, so when you learn about Edith's shutterbug grandfather, for example, his story plays out through the lens of an old camera. Although each tale contains a fair share of sadness, the presentation is charming, thoughtful, and heartfelt, which eases you through the game's more melancholy and morbid moments. 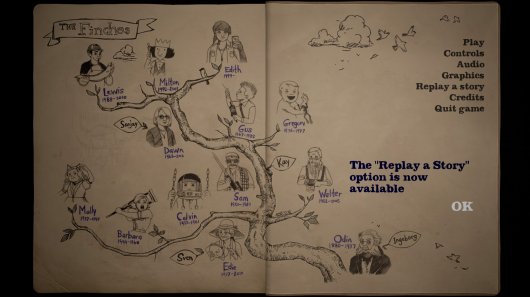 In between the creative flashbacks, Edith's journey, which takes her from the very bottom to the top of her family's expansive cliffside abode, both inside and out, is told from her perspective. Whenever she has something important to say, her words appear on-screen, oftentimes hanging in the air directly in front of you. Sometimes the game sticks them in unusual places, such as on top of a fish bowl, inside a drawer, or across whatever object you're observing at the time. It's a nice complement to Valerie Rose Lohman's performance as the title character, who essentially carries the entire narrative on her capable shoulders. Other characters come and go over the course of the story, but it's Edith who guides you through everything that happens from the game's eerie opening to its heartbreaking finale.

While humans make up nearly all of the characters in Edith Finch, there's no denying that the house itself plays a major role in the narrative. In fact, I feel comfortable saying that it's one of the most vividly designed adventure game locations I've encountered in ages, to the point that I felt compelled to examine as much of it as possible during both playthroughs. The house feels genuinely lived-in, loved, and at times alive, which makes the fact that its former inhabitants ultimately left everything behind in the end so much more harrowing. The designers obviously spent a great deal of time making each section feel unique and different; even the books contained in each character's room are customized to their dreams, desires, and interests. Photography books fill the shelves of the photojournalist, while tomes about Hollywood and cinema are stacked inside the fallen child star's bedroom. It's these little touches that make the experience much richer in the end. 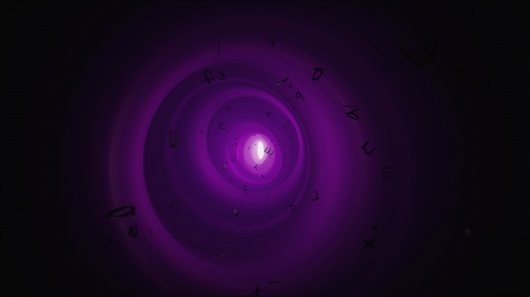 Composer Jeff Russo, who also worked on the wonderfully addictive Fargo TV series, helps set the mood with an outstanding score, which is subtle enough to allow the house's creaking floors, the ocean's crashing waves, and Edith's ruminations on life and death to shine through without getting in the way. One sequence, in particular, featuring a kite, an oceanside wedding, and an impending storm is a perfect example of how everything comes together as one cohesive unit. As the storm increases and the kite begins whipping wildly across the sky, the score's intensity rises, culminating in one of the game's most emotional scenes. It's a delicate balancing act, for sure, and it proves how a nuanced sound design can contribute greatly to a game's overall presentation. I can't imagine playing without these little touches, which help bring this astonishing world to life.

What Remains of Edith Finch ranks as one of the finest adventure games I've ever played, be it traditional or otherwise. Sure, puzzles are few and far between, if you can even call them that, and the experience is more akin to an interactive novel or movie than your standard point-and-click fare, but that shouldn't dissuade anyone with a passing interest in strong fiction, rich characters, and masterful storytelling from picking it up. Although you can easily complete the experience in roughly two hours, I wholly recommend taking your time while exploring the Finches' wonderfully realized house and its many dark secrets. Even after two five-hour playthroughs, I feel there are still more things to discover, little pieces that will help enrich this wonderfully emotional portrait of a tragic family and their frequently short time on this planet. I can't wait to experience it all over again.

Although it will leave you wanting more, with its elegant storytelling and ability to generate emotion, What Remains of Edith Finch stands as one of the best interactive stories on the market.

GAME INFO What Remains of Edith Finch is an adventure game by Giant Sparrow released in 2017 for PC, PlayStation 4 and Xbox One. It has a Illustrated realism style, presented in Realtime 3D and is played in a First-Person perspective. You can download What Remains of Edith Finch from: We get a small commission from any game you buy through these links.
The Good:
The Bad:
The Good:
The Bad:

What our readers think of What Remains of Edith Finch

A beautiful story with great imagery and writing

But it is essentially a movie. I felt much more immersed in Dear Esther and more immersed even in Gone Home (although I found the Gone Home story trite). I think this may be my... Read the review »

This is what an exploration game should be like, though mainly confined to a sprawling house, even that is graphically rich. The series of stories told regarding the fantastical/tragic fates of a dozen or so... Read the review »