Adventure games by THE BROTHERHOOD

"Cayne Corporation thanks you for your contribution. Please remain calm. You might prefer to think of this as a bad dream. ... After the removal of your womb you will drift back to sleep."

CAYNE is a prequel to the 2015 sci-fi horror hit STASIS, by the Bischoff brothers. Despite being released for free, this is no brief throwaway episode, but a fully-fledged story told over 4-5 hours of gameplay. It's only loosely connected to its bigger brother; while there are plenty of oblique references for fans to pick up on, the plot is self-contained and spoiler-free, meaning the games can be played in either order. The shorter length means that the story isn't quite as involved, and there are a few mechanical missteps, but it's still a worthy entry in the series. Horror aficionados will find an ample supply of shocks and blood, while for those of a more philosophical bent there's a tale of hubris, cloning and the origin of the soul.

There’s a new protagonist this time around, in a condition rarely seen in video games. Hadley didn't want to be pregnant, never meant to be pregnant, but here she is, in the Malan Medical Center for what should be a routine abortion. "Should" being the operative word: she wakes up not in the same pristine recovery room but the operating theatre from hell, being ministered to by a hulking cyborg and now very obviously, heavily pregnant. What do these people want with her and her fetus, and (possibly more importantly) how is she going to get out of here? 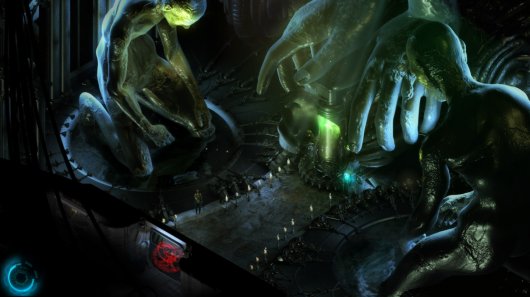 So begins her nightmarish journey through a mostly-abandoned medical facility, full of flamboyantly unethical research projects, some of which are itching to kill her. She’ll need to traverse an alien sex dungeon, a growth lab full of bloody body parts, and a shrine built around a meat puppet. Along the way she encounters a chief scientist with a passion for religion and self-flagellation, an engineer with a thing for cheese, and a psychopathic daughter who takes daddy issues to a whole new level. And through it all, Hadley's accompanied by a voice in her head that seems to be as confused as she is.

CAYNE is, for better or worse (but mostly better), another helping of STASIS. The characters and the setting may have changed, but everything from the plotting to the puzzles and the presentation are very much cut from the same cloth. On the upside, that means we get the same photorealistic isometric graphics, atmospheric sound effects and sparse but effective music. We also get an expansive, carefully thought-through base to explore and an unflinching approach to depravity, gore and the grotesque depths of the human imagination. It's just that between the unchecked scientists creating inhuman horrors far away from prying eyes and the bewildered protagonist just trying to escape, it's hard to escape a slight feeling of "been there, done that," at least on the surface.

The storytelling technique is very much the same, too, so be prepared to flick through the PDAs of everyone from the director to the chief engineer and even the twisted, genetically-modified failed experiment who tends to Hadley at the beginning. It all reads like a sociopathic soap opera, full of self-centred, morally-vacant narcissists and perverts. That's not to say it's bad – far from it – but it lacks the subtlety and variety of STASIS's story. Many of the Groomlake’s personnel were ordinary people trying (and failing) to cope in extraordinary circumstances, which grounded the horrific events in some sort of reality. Here, aside from Hadley herself and the voice in her ear, we get pretty much nothing but the worst of the worst. That said, it's weirdly fascinating to delve into the lives and worldviews of people who chatter away as if the unspeakable was normal; it's like watching the Addams Family played straight. 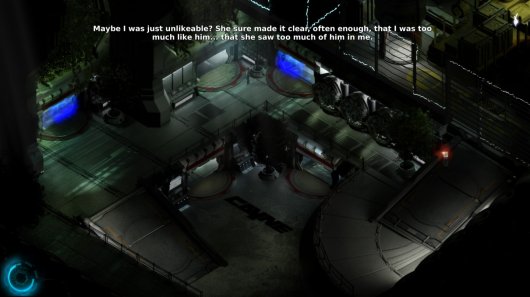 It tells you something that the most empathetic character is that cyborg surgeon, whose diary entries – stomach-churning as they are – at least have a childlike innocence about them. Hadley herself is a refreshingly rounded character, naive but determined, kind but full of barely-repressed gallows humour. Even in the face of brains and blood and vats of viscera, she's still biting back swear words and replacing them with more genteel alternatives. The accompanying voice, too, mixes gentle and thoughtful remarks with disquieting comments that start to make sudden eye-opening sense in light of a late reveal.

It's just as well that the facility is so interesting and beautifully rendered, as you spend so much of the game walking its corridors. Without fast travel or even the ability to leave a screen directly by clicking on the exit, you can be left for as much as 30-40 seconds just watching Hadley walk from the entrance of a room to its exit. However, sometimes these long walks are used to good effect, in that Hadley will talk either to herself or the ever-present voice, teasing out their thoughts and backstories as they go.

For superhuman puzzle-solving geniuses (or those who've played it before and know exactly what to do and where to go), this internal dialogue would probably fill in much of the waiting time. For me, though, there was quite a bit of backtracking as a few of the puzzles are hair-tearingly obscure; one where you have to MacGyver your way past a door lock had me resorting to wandering the base and trying everything on everything until something clicked. Meanwhile, others require you to pull together information from several scattered PDAs: woe betide you if you don't read them carefully and note everything down the first time! When trying out a potential puzzle solution can take several minutes in walking time alone, this is particularly frustrating. (There does seem to be a hint system of sorts, in that occasionally a large holographic version of the necessary object hovers where it needs to be used, but not always.) It's a shame that a few challenges feel so unintuitive, as the majority of the puzzles are fair and reasonable (if gross at times) and the atmosphere is again excellent – creepy, intense, and punctuated with some genuinely shocking moments. 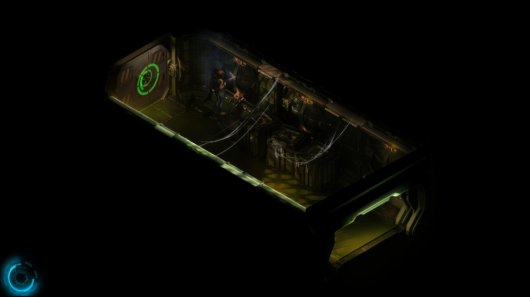 Where STASIS was a meaty novel, CAYNE is more of a novella. It doesn't have quite the breathing room to develop such a richly-textured story, but it still manages to raise some interesting points (and paint a disturbing picture). Without wanting to spoil anything best left to discover for yourself, it'll have you thinking about consciousness and resurrection and whether a person can live too long. Not to mention shaking your head at the office politics surrounding it all. Some of the scientific details seem a tad suspect, but this is no mindless gorefest.

Ultimately, CAYNE could perhaps have done a bit more to distinguish itself from its predecessor, but nonetheless it's an intelligent, beautiful and atmospheric slice of sci-fi horror. A few head-scratching puzzles and a bit too much walking is a small price to pay for an experience that'll leave you with much to think about, and quite possibly waking up at night in a cold sweat. The fact that it’s the only price you’ll need to pay just makes this offering all the more remarkable. Even if you haven't played STASIS, it's well worth checking out, raising the bar for the quality of freeware games and putting even a lot of commercial games to shame.

What our readers think of CAYNE: A STASIS Story