What is it like to get old and harbour guilt for a mistake made decades ago? How would you react? Bottle it up and alienate those around you? Seek help? End your life? This is a question brought up on multiple occasions throughout The Last Time, a very short but elegantly simple and wonderfully written point-and-click adventure from indie creator Daniel Black of Big Cow Studios.

The game centres on Jack Glover, a long-retired cop in England who continues to be haunted by an incident from his final case forty years earlier. Now residing at a rest home, Jack spends his days alone and in solitude, still paying penance for his errors long ago. However, when a dangerous situation linked to that fateful last case forces Jack out of his self-imposed exile, he takes to the streets of London once again. Without the help of a badge or any connections from his policing days, however, Jack can only rely on his wits this time around. From run-down cottages to sparse police stations and dangerous back alleys, Jack searches for clues in the name of justice that will hopefully lead to long-overdue redemption.

The Last Time's story is, simply put, excellent. While the main plot deals with Jack facing his demons and solving one last case, it also examines what it is like to be in the twilight of one's life and how hard it is to let go of the past. The script realistically depicts the struggle of what it's like to be an older person caught up in the modern world, and how this can breed loneliness and depression. Jack is still tormented by his actions decades earlier, and the other older characters are burdened with their own transgressions in different ways, some subtle, some not. 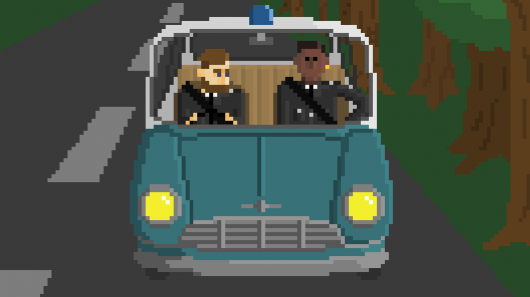 Naturally, there's a great underlying sense of melancholy to the whole affair, but the heavy subject matter is handled with care and never once feels too overwhelming. This is partly due to the injection of some pitch black humour that never feels forced, from Jack commenting on the drapes while investigating a bloody crime scene, to a sojourn into a night club where Jack manages to bust out some pretty dated dance moves. These moments of levity further help drive the story and give us more insight into the cast of characters that inhabit this world, and when things get dark again, the change hits you even harder emotionally.

The story is not the only thing that shines through in The Last Time. The graphics are low-res and retro, looking like they came straight from the early Sierra days. For some people, this might be seen as an instant turn-off, but for those who grew up with the genre and have fond nostalgic memories of those days, there is a certain charm to these simple blocky pixels. Better yet, the slightly-stilted character animations and minimalist backgrounds evoke a time gone by, which only serves to enhance the ‘hero from a different time’ narrative further.

During his investigation, Jack encounters a host of interesting and quirky characters, from fellow retirement home residents Penny and Grace, who argue over who will go out on a date with Jack, and Sarah, a young woman with an association to Jack's shameful past. While there are no voice-overs, the text is clean, easy to read and well-written, and I could imagine exactly how Jack would sound in my head. The soundtrack is a great mix of simple piano and pulsing electronic keyboard-driven music that can be both thrilling and touching, sometimes all at once. 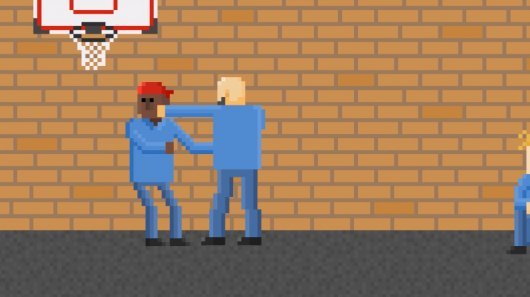 The game is controlled entirely by mouse (save for the escape button to access the menu) and the mechanics, like the aesthetic, are simple and elegant.  Hovering the cursor over an object of interest brings up a one-word description and left-clicking gives you a small menu of actions that can be performed. It's an easy system to get used to and helps keep you in the moment without any pixel hunting or indistinguishable items that can plague a lot of games like this.

The crux of the gameplay is made up of dialogue and light inventory puzzles. Although the puzzles are incredibly easy, this didn’t detract from my enjoyment at all, as everything feels logical and organic. From distracting a police officer to gain info on a case, to searching a fresh crime scene, I never felt as if I was solving tasks in a needlessly convoluted way, with each obstacle feeling authentic to the game world.

There are a few minor "action" scenes scattered throughout the game, although there's no timed sequences or twitch-style gaming. Instead, all such scenarios are built around dialogue choices and manage to increase tension and a sense of danger without having to resort to reloading a saved game over and over to get them right. 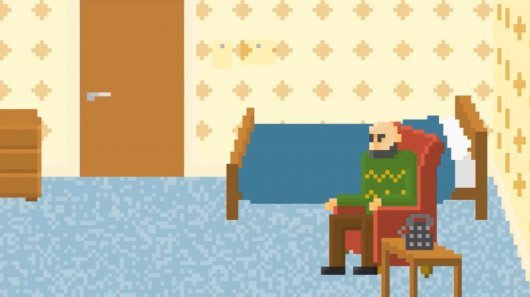 Refreshingly, there are certain puzzles that have multiple solutions. For example, in order to gain access to a night club, you can either try to talk your way past the bouncer, or find a way to get in around the back. Again, both are easy to solve, but I appreciated that there was more than one way to accomplish the task at hand.

Another great aspect of the game is in the way the dialogue options are presented. Feeling a little like a Telltale or Quantic Dream offering, there are many moments that force Jack to make choices, some simple and others difficult. These can range from deciding to be nice or mean to a fellow rest home retiree, or using force or restraining yourself against a suspect. While ultimately these decisions don't affect the outcome (there are two possible finales which you decide in the endgame, and each are very well done) and no new locations or gameplay opportunities open up as a result, there are enough differences in the subsequent dialogue that I replayed the game a few times to see how other characters would react to my different actions. I never really felt there was a proper "right" way to play the game, just my own personal story with decisions I deemed fit.

Another intriguing aspect is the fact that other than the case Jack worked on in the past, we are not given much imposed insight into Jack's character over the years. Instead, this is cleverly uncovered through dialogue choices throughout the game, so in a way you get to personally shape Jack's life. Was he a loner? Was he friendly? Was he into girls or guys? It's a smartly-handled technique that gives the player some control without feeling as if the protagonist is nothing but a blank cipher. 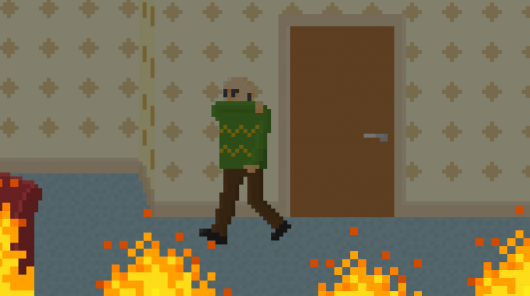 The only thing that really stands out as a negative is the game’s short length. While I am a proponent of quality over quantity, a single playthrough of The Last Time can be completed in under an hour. Granted, it’s an excellent 50 minutes, but a story of this quality would have benefitted from an extended length as there are a couple of instances where the narrative feels rushed. Yes, due to the various choices you can make and multiple solutions to the puzzles, there is a degree of replayability that can extend your time with the game, but with characters as interesting and well-drawn as these, it almost seems a disservice to give them such short shrift.

At the end of the day, The Last Time is a fantastic little point-and-click adventure game that puts story and character first. As a tale about growing old within the framework of a murder mystery, it is skillfully told and hits many emotional points on its way to the finale. Though it's a bit too short for its own good, it's definitely worth a few playthroughs to experience the different actions you can take and, most of all, to be fully sucked into the story and appreciate the quality of such relatable characters that inhabit this melancholy, dreary but darkly humorous world. A stellar effort and highly recommended.

The Last Time is an excellent point-and-click adventure that firmly places its story front and centre. Despite its incredibly short length, it’s an engaging, emotional journey that can alternately make you chuckle and quiet you with its thought-provoking questions.

GAME INFO The Last Time is an adventure game by Big Cow Studios released in 2016 for Mac, PC and Linux. It has a Stylized art style, presented in 2D or 2.5D and is played in a Third-Person perspective.

What our readers think of The Last Time

Tight little existential theater within the confines of a short dialog driven story. Minimalist retro game works well given its theme. Well worth the time, however short. Read the review »