You are Dan, a member of a special corporate-funded police unit called Observers. Having received a cryptic message from his estranged son, the hero delves into the seedy underbelly of the city, where only horror and madness await. As an Observer, you will need to use your augmentations to gather information, interrogate and hack into the twisted minds of criminals and victims alike. Explore the boundaries of humanity and face the consequences of stepping beyond our limits.

To be re-released for next-gen consoles as Observer: System Redux, including enhanced visuals, expanded gameplay and all-new story content.

This year's show is entirely virtual, which means you can jump the lines and get in on the demo extravaganza this weekend!

A horrific future has rarely looked so good in this intense, richly atmospheric cyberpunk mystery.

E3 had more adventure surprises within reach this year, and we there to observe a wonderfully diverse selection.

28 Jul, 2017
Glimpse of the future comes early in new trailer for >observer_

Cyberpunk horror from Layers of Fear creators coming to PC and consoles this summer.

Stuck in >observer_, or looking for the best way to proceed? Click below to view our walkthrough for >observer_ and wonder no more!

Screenshots for >observer_ » View all screenshots (20) 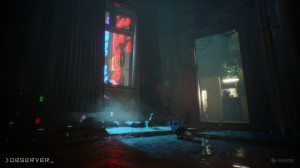 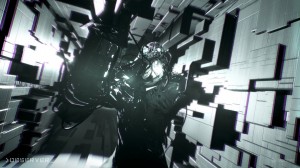 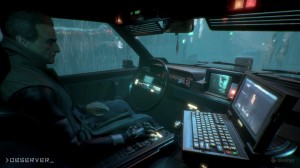 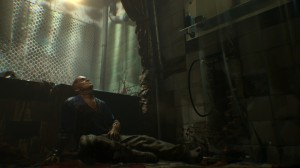 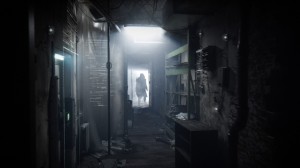 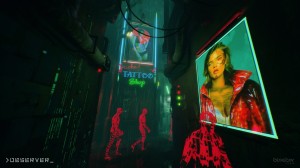 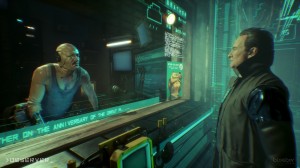 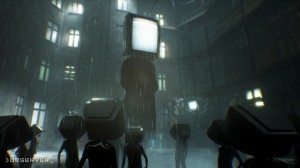 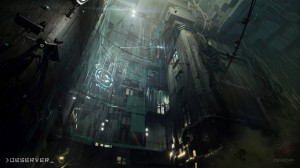 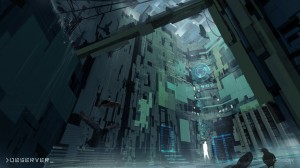 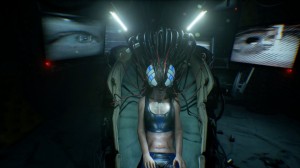 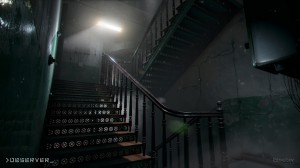 Videos for >observer_ » View all videos

What our readers think of >observer_

Observer is a great cyberpunk quest/walking game. And this is it. There is not great enemies, nor great gameplay challenge. Of course, it is interesting and addictive to collect details about the environment you're in, but nothing more, nothing less. It...
Read the review »

A disappointing and shallow experience

I've found this game to be overly pretentious, while in the end it revelead itself to be just the latest "abstract walking simulator" with some good ideas here and there. The dystopic settings so well represented in marketing material are very rare, instead...
Read the review »

>observer_ is an adventure game, released in 2017 by Bloober Team. >observer_ has a Illustrated realism style and uses a Gamepad, Keyboard control scheme. Adventure Gamers have published a review of >observer_ and rate it as Very good, meanwhile the community rating for >observer_ is Good.