The Initiate 2: The First Interviews review

We Were Here Forever

The first entry in Deceptive Games’ Initiate series delivered a satisfying plethora of complex puzzles, spread out over the space of an entire house in which the main character had been imprisoned. What there wasn’t much of was a meaty story to sink one’s teeth into, just the vaguest of teases about the circumstances surrounding the captors and the purpose of the puzzles themselves. Releasing a mere year later, The Initiate 2: The First Interviews has the opportunity to flesh out the universe barely hinted at previously, but it still offers frustratingly little in terms of narrative, despite featuring three captive protagonists this time around. It does, however, manage to provide some decent fodder for puzzle enthusiasts once again.

The sequel starts the same way as the previous game: you awaken, locked in a room you have never seen before, and a voice from an overhead speaker instructs you to escape by solving puzzles throughout the room. One obvious change is that The Initiate 2 sports a more industrial “basement” feel as opposed to a suburban home setting, but this doesn’t really have any bearing beyond the aesthetics. We can surmise that this protagonist – Samantha Blake – may be in a bunker or cellar connected to the house from the first game; eventually there’s even a CCTV camera feed showing surveillance footage of rooms from The Initiate.

Soon after escaping that opening room, it becomes clear that Samantha’s portion of the adventure – in contrast to having the run of the entire house as before – is limited to only a handful of connected rooms and hallways. Like last time, you'll need to freely roam (via keyboard/mouse controls) from room to room to piece together solutions, as clues are often scattered all around the spaces. Here, however, an optional over-the-shoulder third-person camera view is also available, though it adds little to the experience and first-person mode still feels the most natural. The new view actually makes it slightly more awkward getting through doorways, as it’s the protagonist on the screen periphery that must go through, while the actual center-screen camera will get stuck on or simply travel straight through the wall. 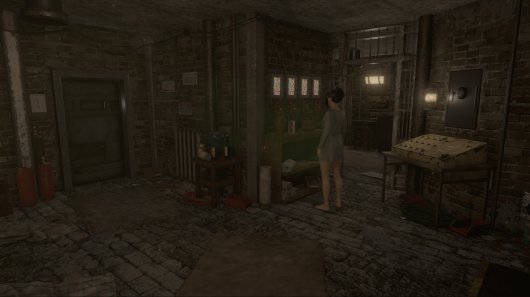 Apart from Samantha’s self-contained starter area, the puzzles are far from linear. Once you’ve gained access to the rooms beyond the first door, you are presented with a sealed locker, a password-protected (and at first powered-down) computer, a switchboard terminal, and a locked trunk, to name but a few obstacles all begging to be worked on in any order you choose. But since not all puzzles can be completed right away, figuring out where to start and what puzzles to persist with can be tricky, though this makes solving them feel that much more rewarding. As a result, there will always be multiple challenges in various areas demanding your attention, and it provides a good sense of chipping away at the block little by little.

The other big difference in the sequel is that Samantha isn’t the only person being held captive this time. At predetermined moments, you will be introduced to Benjamin Clarke and Stephen Parfitt, two fellow abductees, each confined to an adjoining section of cellar with their own puzzles to complete. The game requires the trio to cooperate to find solutions, as clues and required items may be scattered across all three of their areas. This dependency on each other to succeed did lead to one frustrating moment for me, when one of the characters did not become accessible the first time until I arbitrarily walked to just the right spot, causing me to aimlessly wander around for a while, wondering what clue I had missed by accident.

Once all three are active, control can be switched from one person to another with a simple keystroke, while items can be transferred between them via a little niche built into a rotating column of masonry. The process of exchanging items, while not particularly time-consuming, does get a little cumbersome, particularly when needing to transfer objects from one end of the basement to the other, using the character in the middle as the go-between. To top it off, items can only be moved one at a time, making the mechanic feel more like padding. A late-game puzzle, for example, requires six statues found in various areas to be transferred one by one to specific characters in order to trigger the mechanism. 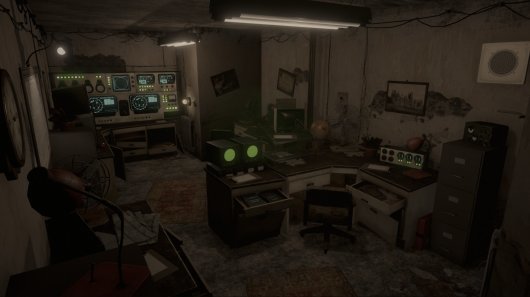 Thankfully, this small gripe about item sharing is more than made up for by the convenience of toggling back and forth between protagonists to solve a number of more involved puzzles. There’s a late-game mathematics challenge that Stephen must solve, for instance, that requires clever interpretation of the periodic table of elements. Finding a table in another character’s section and positioning them in front of it means that simply alternating between the two viewpoints gives Stephen the info he needs to solve the puzzle. Of course, you have to suspend disbelief a fair amount for this to fly – the characters do not communicate with each other outside of their item exchanges, and there’s no way one would be able to mind-read the info another is looking at. But it’s a small price to pay to reduce the amount of running around and writing down every little clue.

This three-character narrative device, unfortunately, does not yield as much of a payoff as I would have liked. There is a (fairly clichéd) end-game twist that requires you to be emotionally invested in the protagonists by that point, but there is such a dearth of character interaction that it’s difficult to even remotely become attached to them as individuals. Furthermore, The Initiate 2 does very little to push the world-building teased in its predecessor. Although some documents mention the shadowy organization behind this game and its goals, it’s all still far too nebulous. Once again, three sudden, way-too-similar outcomes are available, predicated on which final choice you make, none of which offer any closure.

Though they are clearly the highlight, the puzzles aren’t entirely free from scrutiny either. While hunting down clues can be very enjoyable, it’s far too easy to miss something. A number of them are hidden on the backs of books or vases, forcing players to meticulously pick up and examine quite a few environmental objects from every angle in order to not miss anything. If you do miss a relevant detail, brute-forcing a puzzle is a possibility far too often, but obviously not as satisfying. 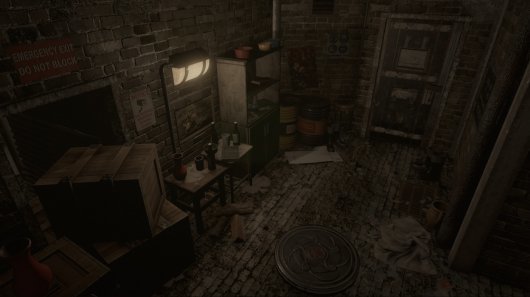 Quite a few puzzles also offer nothing more as a reward than a clue for yet another puzzle, leading to even more random guessing which ones can or can’t be currently solved. The majority of challenges themselves, though, are more than fair and entertaining, with the noteworthy exception of one particular riddle about a digital clock that’s so poorly worded it’s almost impossible to even understand what it’s really asking. In fact, the writing in general contains some odd phrasing and spelling on more than a few occasions, which doesn’t help in trying to make more sense of the story.

Like in the original game, The Initiate 2 asks for oddly high system specifications in order to run, though it will work at lesser specs, if not as smoothly. There were far fewer tribulations in getting the game to work on my Mac than the previous installment, though a glitch did teleport me through a wall, unable to return at one point, forcing me to reload a previous save. Manual saving is very user-friendly, once again using large reel-to-reel audio players for this purpose, each character having one in their area. 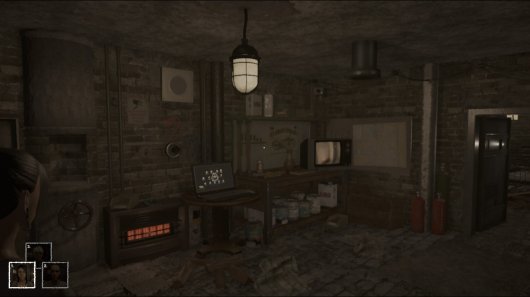 With a capable system the game looks decent, though environments far outpace the dated character models. These basement areas are stuffed full of hobbyist paraphernalia, keeping them from looking too cookie-cutter. However, they’re far from pretty, particularly with everything having the same oppressively drab color palette, making puzzles involving splashes of bright color a welcome addition. Voice acting is not a highlight, so perhaps it’s a blessing that there isn’t much of it, though it is kind of odd how little attempt the protagonists make to talk to each other. A generic music track serves as background, but the thrilling atmosphere created by the first game’s sound design is noticeably absent here.

Despite being a numbered entry, it’s actually unclear whether The Initiate 2 is meant to be a sequel or prequel, but with such a threadbare story it doesn’t really matter in the end. The First Interviews neither expands the world presented in the previous game nor uncovers much more of the mystery behind it all. What we do get is another several hours of predominantly engaging puzzle-solving, albeit on a slightly smaller scale even with more people involved than last time. More so than the original game, this one should be played for its puzzles alone, with the ongoing hope that someday the underlying story will develop into something worth paying more attention to.

The second Initiate outing replicates much of what made the first game so enjoyable, this time with three playable protagonists sharing the spotlight. But the vague nuggets of narrative still fail to deliver, and are once again easily eclipsed by the satisfaction you’ll get instead from cracking the many puzzles.

GAME INFO The Initiate 2: The First Interviews is an adventure game by Deceptive Games released in 2018 for Mac and PC. It has a Illustrated realism style, presented in Realtime 3D and is played in a First-Person perspective. You can download The Initiate 2: The First Interviews from: We get a small commission from any game you buy through these links.
The Good:
The Bad:
The Good:
The Bad:

What our readers think of The Initiate 2: The First Interviews

If there is something I like in adventure games, then it's puzzles. And puzzles are abundant in this game! The puzzles are not to difficult, but for some you can be really stuck for a... Read the review »