During the brief four-odd hour commitment that OneShot requires, it manages to create a memorably unique, if not exactly flawless experience that bucks the trend on quite a few genre cornerstones. Making use of a persistent world that seems to truly exist on the other side of the monitor, rather than a piece of software dependent on loading save game files, is one way the game sets itself apart; routinely breaking the fourth wall between the player and in-game avatar is another. Still, the experimental and oddly alien feel that results doesn’t always lead to the desired level of investment, and the attempts at eliciting an emotional response fell flatter than I wish they had.

It’s hard to compartmentalize OneShot’s story in any way, really, since quite a bit of it is open to interpretation and left purposely vague. In broad strokes, it is a story about a young child, Niko, who’s been whisked away from home and taken to a world on the brink of ruin in order to save it. The sun here was extinguished some time ago, and the scant inhabitants are surviving any way they can, mostly through a mixed reliance on outdated technology and bioluminescent organisms. Niko, however, bears the one item that could spell salvation for this planet – a glowing light bulb that might somehow be used to replace the darkened sun, provided Niko is able to complete a journey to a distant tower that is said to house the sun at its top.

Niko does not embark on this journey alone. The player, embodying an omnipotent presence that guides Niko through the environment and helps in solving puzzles, takes on a special role in the narrative. Like the young protagonist, you are given an active role in shaping the world’s fate, not merely as a conduit for controlling Niko but as more of a godly presence that Niko routinely converses with, as in prayer. That’s not to say you are some divine avatar; rather, each player will play him- or herself, a being participating in events via the computer terminal in their own home. The fact that you yourself have been cast in the game becomes clear quite early on, when Niko addresses you directly by name, despite there having been absolutely no prompt to enter one’s name previously. OneShot takes liberties with your Steam account, gathering this sort of data and using it in-game in an attempt to catch you by surprise and draw you in far deeper than expected. 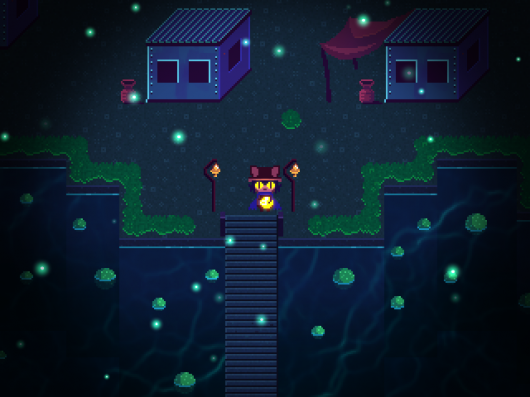 The game utilizes a number of fourth-wall-breaking techniques in an effort to reduce the distance between the player and its world to zero. Niko routinely communicates with you specifically, sharing personal information and even asking for some in return, by way of selectable dialog responses. Rather than simply eavesdropping on Niko’s conversations with others, this establishes a much more meaningful relationship between player and character. In fact, shutting down the game between sessions (believe it or not, this ability is an added feature in the current version that was absent from the literal “one shot to win” approach originally) is seen as “the voice” going silent for a time, leaving Niko alone in the world until you return to continue your shared adventure. Niko’s dependence on you – he is, after all, a young child alone in a strange land – is made explicit, and he has no qualms expressing this.

The world of OneShot rigorously adheres to its persistent nature. Apart from abandoning Niko for a time by shutting the game down, the adventure, once it has begun, continues seamlessly to its conclusion. There are no save or load screens, no options to start a new game or keep multiple save files. Even after reaching the end, since the story is finished, there are no options to restart, continue, or load a save file somewhere along the way. Repeat playthroughs aren’t meant to be possible since reality only exists once. Though this is slightly annoying for anyone wanting to extend their experience with the game, the extent to which OneShot sticks to its guns is admirable. (Besides, this issue can be circumvented by manipulating and deleting certain game files on your computer.)

Niko’s journey takes you through three distinct areas, tracing the migration of the world’s people from deserted to more populated areas following the sun’s demise. Each region contains a number of other characters to interact with, items to find, and a small handful of puzzles to solve. The more traditional of these puzzles range from item-based (combining objects in the inventory screen or equipping them in appropriate situations) to some slightly more cerebral code cracking. And then there are the times when OneShot goes completely off the rails. 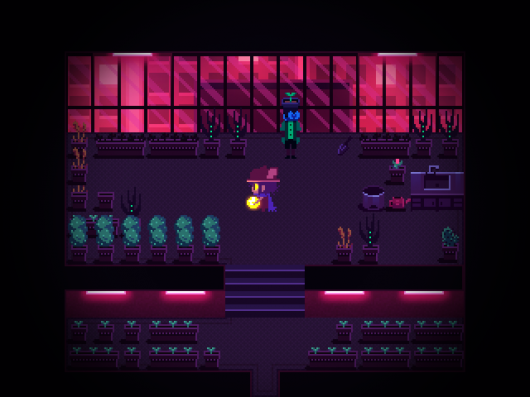 Easily among the game’s most memorable triumphs are when a mysterious being, known simply as the Entity, bars your progress with obstacles that require some of the most non-traditional puzzle-solving ever seen in a video game. General puzzle spoiler warning Finding answers and clues to these puzzles requires actually leaving the current screen behind (the game itself suggests playing in minimized window mode to make these transitions as smooth as possible) and exploring various locations on the computer itself. Not to be confused with searching for hints online, these are instances in which OneShot gently manipulates your own machine’s properties in such a way as to contain helpful information for proceeding. These moments are so jaw-droppingly unique that they truly make the experience worthwhile. End spoiler

Otherwise OneShot features very simple arrow key navigation, controlling like a traditional overhead 16-bit RPG. Additional gameplay elements are similarly handled via keyboard, such as examining items in the environment or interacting with NPCs. Acquired items must be selected and equipped from the inventory screen before they can be either automatically used in the environment or combined with other stored objects. With no gameplay to speak of beyond this, there is simply no need for a more complicated control scheme.

OneShot’s throwback look and rudimentary sprite animation are perhaps a bit too basic to offer much in the way of eye candy, paling in comparison to the game’s more pioneering ideas. Made using the RPG Maker engine, it’s hard to know whether the decision to depict a bleak world at the end of its lifespan was a decision inspired by the software’s graphical limitations or vice versa, but we’ve certainly seen the apocalypse depicted in far more detailed ways. From the dusky wastelands of the Barrens, to the verdant areas of the Glen, to the concrete jungle of the Refuge, most outdoor areas generally lack interesting designs, apart from each territory having its own unique color palette and a few visual highlights like blinking specks of light or floating particles. Indoor areas tend to fare better, allowing for some purposeful placement of objects and furniture. 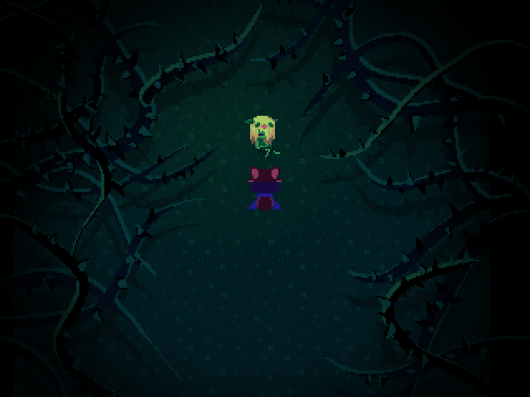 As a nice touch, occasional hand-made portraits serve to highlight key moments in the narrative, like Niko’s discovery of the sun, or the reveal when entering a new main area. Niko’s own design, especially, works on a sentimental level, with cute cat ears and large, vulnerable feline eyes that glow as bright as the sun you’re meant to deliver.

The game’s budgetary indie shortcomings make themselves known in its soundtrack as well, which feels a bit on the limited side. A large majority of pieces straddle the line between actual musical compositions and ambient noise that suits the environment, adding to the feeling of a desolate, lonely world. There’s an element of repetition in the score too, with beats and rhythms from one song to the next tending to sound alike. But a handful of nice emotional tracks nudge the sound design firmly to a successful if not always pleasant level, even in the absence of any voiced dialog.

Ultimately, OneShot is a game that succeeds on two levels. It’s easy to feel a personal connection with its protagonist, on a quest to reinstate hope to a dying world. The sheer creativity evident in how it bridges the gap between actual and virtual, the real world and game space, is also something that simply has to be appreciated. While its modest presentation, experimental nature and distinctly unique world rules won’t appeal to everyone, and some may even object on principle to personal data being “spied” on unbidden, this unheralded little adventure is certainly deserving of a place on more gamers’ radar.

By its very nature, OneShot‘s persistent world experience is incredibly difficult to distill into words accurately, but those who dig quirky or emotional tales and don’t shy away from something completely different should seriously consider taking this particular plunge.

GAME INFO OneShot is an adventure game by Team OneShot released in 2016 for Mac and PC. It has a Stylized art style, presented in 2D or 2.5D and is played in a Third-Person perspective.