The Tower of Beatrice review

The Spirits of Kelley Family

The Crown of Leaves

In the End of November

Sneaking into a witch’s abandoned tower and stealing her book of magic recipes sounds easy enough, but attempting to then get back out is going to be a whole lot harder, at least if you’re playing The Tower of Beatrice, a decidedly casual first-person puzzler by Fairy Forest. It’s a short game, but unfortunately the experience is anything but sweet.

The plot is remarkably simple. Players control a thief, who, after scaling the tower walls to the top floor, steals the recipe book, only to activate the witch's persona within it, along with the tower's remaining magic. This locks you inside the keep, forcing you to figure out Beatrice’s magical traps and puzzles in order to escape, floor by floor.

While a puzzle-centric game doesn’t need a complex premise, much of the story here – particularly the end confrontation with your employer who hired you to steal the book in the first place – hinges on the unnamed protagonist having no motivation of their own. The only dialogue in the game comes from Beatrice and the employer, and you switch from initially solving puzzles to escape so you can hand over the book and get paid, to somehow in mid-game changing your mind and working to finish the tower in order to become Beatrice’s magical apprentice. 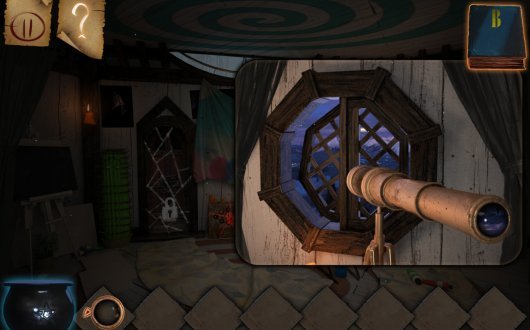 Although the main character has no personality to speak of, the two with dialogue end up being rather flat. Beatrice is a stereotypical old witch who hates people and has, for some unknown reason, locked herself inside her magic book. Despite this, she wishes to have an apprentice to teach magic. Your employer, on the other hand, is much more straightforward and only wants the book for its power. Neither are particularly compelling characters, and if you are looking for any sort of personal connections or drama, this is not the game for it.

Normally a simplistic plot and characters can be used as a sufficient backdrop for an excellent puzzle game, but The Tower of Beatrice fails to deliver in this area as well. Clicking on collectable objects – randomly at times as hotspots are not indicated organically – places them in your inventory at the bottom of the screen, and clicking on the item there allows you to try using it where you want. Each floor represents a single screen that must be completed in a linear fashion, though you can click on certain areas to zoom in. A hint button will highlight what you can interact with, but rarely gives any useful “hints” beyond that. In terms of actual mechanics, The Tower of Beatrice is very basic but gets the job done without incident.

The problem is that none of the puzzles are particularly creative, and some are downright confusing, such as one puzzle where you are required to deliberately use an object incorrectly. Most puzzles involve inventory use, and those that aren’t require you to find clues or important objects in your surroundings. Unfortunately, given the limited scope of the game, everything is so painstakingly obvious that it isn’t at all challenging. With each floor of the tower containing only one small room, there just isn’t much space for anything else. The routine of finding needed items continues on every floor, such as locating pieces of a mirror or leaf fragments, and then using them in a potion or to repair something along the way. 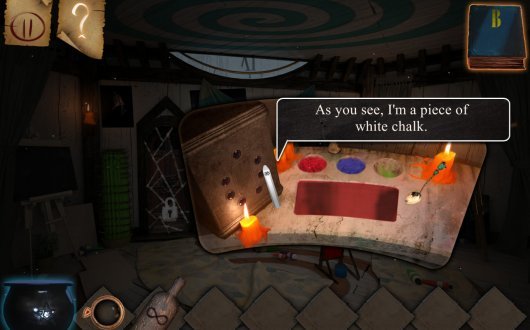 The one interesting element is that you must occasionally use the stolen recipe book to make potions that will help you overcome different obstacles, such as a concoction to return a dead rat to semi-life so it can power some machinery. It’s an interesting mechanic, easily achieved by tossing the appropriate ingredients into the cauldron, but it’s frankly underused, and also not well explained. The rules for making potions seem straightforward, until very late when you are required to break them and do something that has never been required, nor even hinted at to be a possibility.

One of the most obvious downfalls of the game is its poor translation quality. The Tower of Beatrice was clearly not made by native English speakers, and at times the writing will leave you sitting and staring at your screen trying to figure out what is going on. The grammar and spelling are both atrocious, and the stilted speech does the witch’s personality no favors. It also doesn’t help that some of the hints are either mistranslated or phrased in an odd way that, while technically correct, is not the wording that should be used for proper clarity. 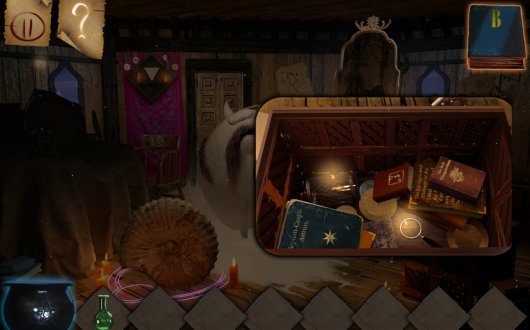 The slideshow-style visual look of the game is passable. It’s not fantastic art, and there’s no distinct style to it other than looking fairly realistic, but it serves its purpose. The few animations come across as somewhat awkward, however. The soundtrack is of a similar quality; it’s just background accompaniment acting mainly as white noise, neither detracting from nor adding to the mood. Each level has its own music on repeat, with stringed instruments playing a large part in many of them, making several of the levels sound rather similar.

Overall, The Tower of Beatrice is a disappointing experience. Clocking in at just under two hours total, the paper-thin story, uninspired puzzles and poor English translation mar what could have been a short but sweet puzzle diversion. Even by more relaxed casual game standards, in the end there just isn’t enough magic here to recommend.

While the short, casual room puzzler The Tower of Beatrice has an intriguing premise and interesting recipe potion mechanic, they simply don’t make up for the nearly non-existent story, poor English translation and largely generic gameplay.

GAME INFO The Tower of Beatrice is an adventure game by Fairy Forest released in 2018 for PC, PlayStation 4, Switch, Vita and Xbox One. It has a style, presented in Slideshow and is played in a First-Person perspective.

What our readers think of The Tower of Beatrice