Review for The Initiate

Escape Rooms are something I’ve found myself become more and more interested in on a personal level in the real world. It’s not just about solving puzzles, but the way those puzzles are often interconnected, leading from one to the next and back again, with the overarching purpose of finding a way out of an enclosed space, usually in a race against the clock. It engages the imagination while still providing a satisfying puzzling experience. It’s no wonder, then, that adventures aiming to recreate this experience hold a great appeal for me. Deceptive Games’ The Initiate is such a title, and after a long string of technical difficulties that at last seem to be resolved (at least for me), I’ve finally been able to put it through its paces and come away pleasantly satisfied.

The Initiate’s setup isn’t too terribly original. A man wakes, finding himself mysteriously confined to an unfamiliar bedroom suite, with an unknown voice over a speaker instructing him to use the clues scattered around the room to puzzle out a numeric code, opening the locked door leading out of it. It’s a straightforward premise, but its execution absolutely works to get players right into the clue hunt.

The game lets you freely roam around its 3D space in first-person view, clicking to examine objects lined up with the center-screen reticule. The visuals here are generally very good if not great, with obvious attention paid to filling the space with plenty of furniture and objects throughout, giving it a nice lived-in quality. I tinkered around with the graphics settings, taking advantage of the option to reduce resolution in favor of faster performance, although this had the somewhat annoying side effect of having to raise the resolution again whenever I wanted to make out fine details of some interactive objects to find the clues hidden on them. 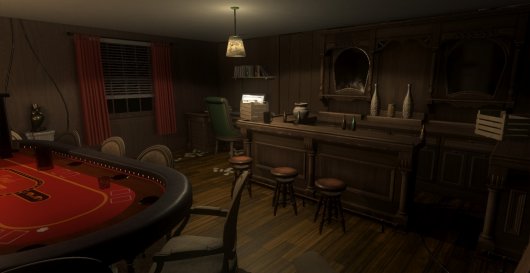 Escaping the first room is comparatively simple, and as you step into the hallway on the other side of the door, even the voice on the speaker admits that this was just your first trial. From here on out, the remainder of the multi-story suburban house opens before you, essentially becoming one large multi-room escape game. Puzzles and their corresponding clues are found in various rooms and require frequent backtracking to re-examine something you only later found out was important. Hidden keys, numeric codes, household tools, and several collectible items are all needed to unlock doors, activate hidden mechanisms, open safes, and reveal secret nooks and crannies while making your way ever closer to the exit. A save system exists in the form of tape recorders strewn about the house; unfortunately I was forced to restart my game when I quit after escaping the first room, not realizing I had to record my progress manually.

Obstacles mostly rely on reasoning ability instead of item hunts, with a steady flow of hints provided to those who look for them. Early on, even before leaving the first room, you are given a flashlight, which, when combined with a UV lens, reveals hidden writing. Suddenly, every wall, corridor, cabinet and drawer is filled with potential clues, as writing of some sort covers almost all interior surfaces. I ended up playing through almost the entire game in one sitting, always wanting to just explore one more room or crack one more puzzle.

A full run of The Initiate with minimal outside help should take a little under ten hours to complete. What’s remarkable is that almost every puzzle I encountered during this time not only felt quite fair but also exhibited a nice variety that kept the experience fresh. Overall, there were only a couple of instances where I was unable to proceed due to missing the final piece of an item hunt or had to brute force my way through a puzzle due to an overlooked clue or two along the way. It’s not that the clues are difficult to find, but in a play space the size of a whole house, one can easily walk past something important and have to backtrack with a fine-toothed comb later. 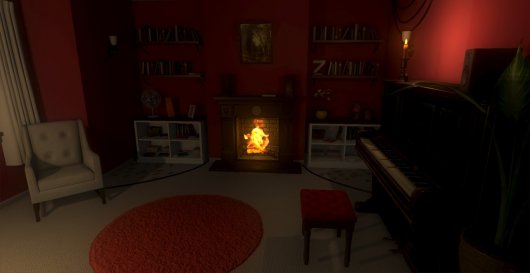 Though the challenges run the gamut from quick and simple to devilish head-scratchers, there was only one segment that I absolutely loathed. About halfway through the game, your path through the house forces you underground into a poorly-lit maze of caverns. While there aren’t additional puzzles to slow this segment down, navigating the labyrinth itself becomes the puzzle, with each chamber containing a lever that opens and closes doors around it in certain patterns, forcing you to pull each one in the correct order to advance through to the end of the maze. Though this section isn’t all that large geographically, it can certainly be counted as one of those lingering design tropes that has rightly earned a poor reputation in the adventure gaming community.

The way the flashlight is used as a major source of illumination – the only one in some cases – also serves to create an unsettling mood. In fact, the overall feel of the game really plays upon the player’s anticipation of horror. The occasional background music is somber and foreboding, the title screen is covered in what resembles occult patterns, and the sound design – with the exception of the horrible “Instant Messenger Squeaky Door” sound heard any time one is opened – frequently incorporates noises like wood creaking nearby or the unmistakable sound of footsteps coming from the floor above you. But while all of this certainly creates a moody atmosphere, it never goes any farther; The Initiate is a puzzle game, not a survival horror game. 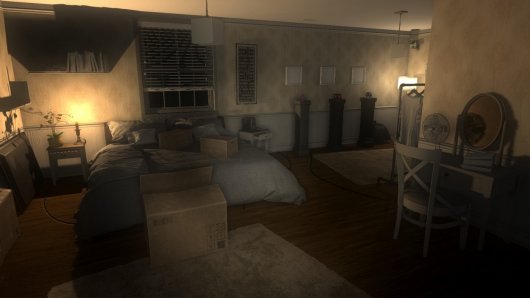 The mysterious voice, clearly belonging to somebody who knows why you’ve been imprisoned and who is now watching your progress, accompanies you from the very beginning. He continues to make contact several times along the way, gradually forming the basis for a narrative running behind the scenes that you have yet to fully uncover. Several notes and letters found throughout the house – ostensibly from previous participants in this enigmatic game – hint at a grander scheme than first suspected. There is just enough story piecemealed out to evoke at least a passing interest in what is really going on, though it never takes the spotlight off the puzzle-solving gameplay.

While the story is purposely shrouded in mystery, unfortunately the all-too-abrupt ending can only be described as a rushed copout, failing to provide any answers, seemingly just meant to tease an already-announced sequel. Neither of the two endings – which hinge on a single final player choice – provides an even remotely satisfying conclusion or cliffhanger, for that matter. But this doesn’t seriously diminish the fact that the game is absolutely stuffed full of well-designed puzzles that offer a rich variety of brain teasers for hours on end. Even more important is that, almost without exception, the challenges and locations are designed in such a way that clues and solutions can be worked out and discovered instinctually. Clearly this is meant to be just the first installment of an ongoing series, but even on its own terms, The Initiate ultimately succeeds quite well at capturing the essence and thrill of working your way out of an Escape Room – and, really, what more could one ask of it?

For fans of Escape Rooms, the puzzle-centric The Initiate does an excellent job of scratching a hard-to-satisfy itch for many hours, and does so in a fair way that hardly ever feels cheap.

GAME INFO The Initiate is an adventure game by Deceptive Games released in 2017 for Mac and PC. It has a Illustrated realism style, presented in Realtime 3D and is played in a First-Person perspective. 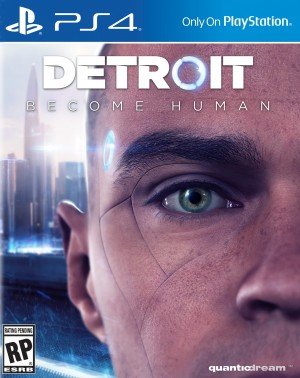