Review for MIAZMA or the Devil’s Stone

FMV. The interactive movie. Shameful to some, guilty pleasure to others. During the ‘90s it seemed as if the future of gaming had arrived, but in what seemed a blink of an eye, the live-action subgenre essentially flatlined and quickly became an oft-shamed era of gaming. Any such titles that came after that, such as 2009’s Yoomurjak’s Ring, were left trying to appeal to a very limited market, and the announced sequel, MIAZMA, seemed destined never to come to light for English speaking audiences.

I personally never stopped being a huge fan of FMV gaming, however, counting the Tex Murphy series and Gabriel Knight: The Beast Within as not only excellent examples of their time, but as fantastic gaming experiences, period, regardless of genre or style. Fortunately, with a stronger focus on cinematic cutscenes and story nowadays, a few more actual FMV games are being produced. One of the beneficiaries of this renewed interest is the long-awaited revival of MIAZMA or the Devil’s Stone (as it’s been partially rebranded), an honest to goodness FMV point-and-click adventure game that I naturally leapt at the chance to play.

As the follow-up to Yoomurjak’s Ring (which, sadly, is no longer available anywhere except on iOS), MIAZMA is a continuation of the Jonathan Hunt mystery series. Although it is billed as a sequel, the game is friendly to newcomers and can be played without any knowledge of its predecessor. Aside from a few slight nods to the previous adventure, and the fact you are playing Hunt again, this is a self-contained story with a completely new cast of characters and at least one very noticeable gameplay difference. As a point of comparison for those who enjoyed the first game as much as I did, I give the edge to that one overall, but what’s on offer here is still a heck of a lot of fun, and well worth delving into. 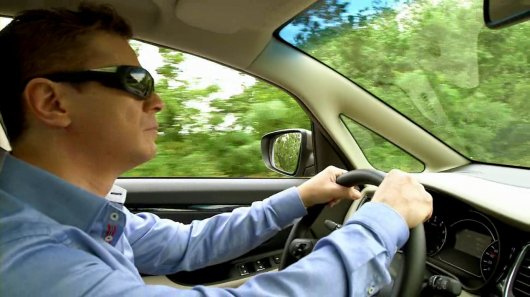 For anyone new to the series, Jonathan Hunt is a New York journalist with a thirst for adventure, who has now decided to settle down in his family’s native Hungary. Because of his earlier actions, Hunt has gained a reputation for successfully investigating sensitive cases and is preparing to release a book based on his experiences when he’s drawn into another such mystery.

This time around, Hunt is approached by a friend who works for Atomki, a Nuclear Research Institute, to investigate the disappearance of her brother. What begins as a simple missing persons case soon turns into something much more than Hunt bargained for, which sets him on the trail of a piece of ancient meteorite nicknamed "The Devil’s Stone". To crack the case, Hunt must solve puzzles, talk to a variety of interesting and eccentric characters, and stay one step ahead of other parties desperately trying to get their hands on the stone.

While the plot won’t win any awards for originality, there’s a certain lightheartedness that permeates the game that keeps this adventure from becoming overly serious or too dark. Unfortunately, while the story moves along nicely throughout, it stumbles at the denouement, making the finale feel rushed, which does slightly sour the journey. 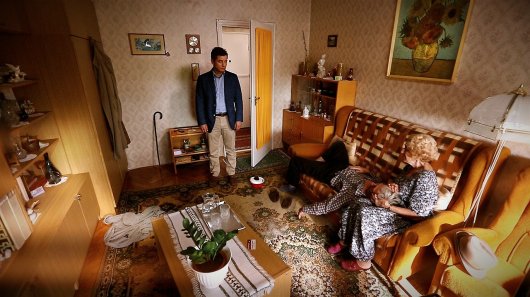 The underlying sense of whimsy is also felt in the performances from each actor, slotting perfectly into that great “B movie” style that is fun and engaging despite (or even because of) being a relatively modestly-budgeted production. I quite enjoyed the performance of Laszlo Gorog especially, reprising his role as Jonathan. He’s mild-mannered and a bit on the plain side, but there’s a definite charm to his thirst for mystery and adventure that had me taking a liking to him over the course of the game.

Hunt is certainly not alone, though. The labs of Atomki are filled with a diverse range of unusual people, such as Dr. Veress, the head of material science who is obsessed with his kids and has a penchant for awful jokes; Csongor Fekete, an IT tech who doesn’t seem to do any work and has essentially turned his workstation into a music studio; and Dr. Zoldomaldi, head of Radiocarbon, whose responses are vague and give the impression she is not sure how to interact with other humans.

One major disappointment is that the only audio option for dialog is the English dub. While the voice actors do decent jobs, it’s a strange choice not to include the original Hungarian, as there are full English subtitles and the previous game was completely recorded only in Hungarian. While it doesn’t ruin the game, it does put a damper on the performances, as the vocal tone of certain characters doesn’t match up well with their physical appearances, serving to dilute some of the charm. It’s understandable that Private Moon hopes to reach a wider audience this way, but hopefully they will consider patching in the original audio in a later update. 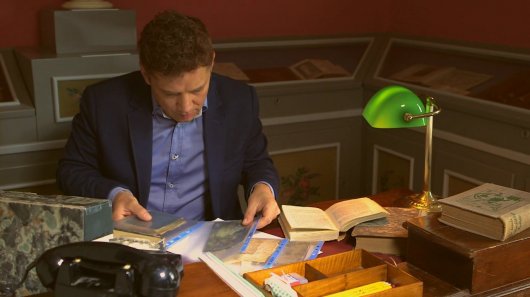 Overall the production values are great, shot on location in Hungary. There’s a completely authentic feeling of being on foreign soil thanks to the distinctly European architecture, and the dynamic camera angles and high definition video cutscenes help drive this point home. While the scope of the adventure isn’t wide, with no globe-trotting or fast-paced set pieces, wandering through the Atomki labs and the surrounding areas of Debrecen, such as a reformed college and museum, an old church on the outskirts of town, and an observatory in a lovely park, made me enjoy the more contained story even more.

Navigation between photographic locations is largely done via a pair of maps, one for the many areas of the lab and one for the nearby town. As you progress through the mystery, more areas open up but there is always a clear objective propelling you to the next destination.

Adding to the atmosphere is the varied soundtrack by Private Moon’s own composer Pierrot. From a strangely upbeat and groovy, ‘70s-styled cheesy track over the main titles, to more sombre piano pieces whilst searching for clues, almost every style of music seems to be covered. I found myself stopping and listening to the score for 30 seconds here and there. While truthfully, some tracks do feel out of place, the pieces are always interesting to listen to and the odd disparity doesn’t hamper the experience at all. 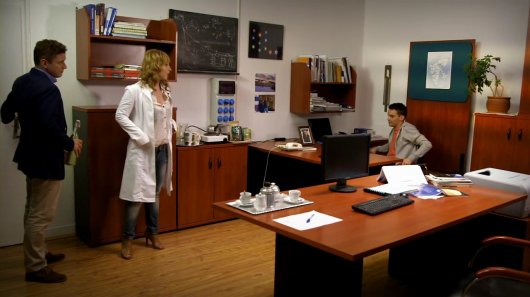 The interface is quite minimal and elegant, being completely mouse-driven. Unlike Yoomurjak’s Ring, however, gone is the first-person perspective in favour of a third-person presentation very similar to The Beast Within. Each screen features Hunt standing in a fixed position, and the mouse can be hovered over items of interest or characters and clicked to interact. There’s no action or verb wheel involved, as the smart cursor changes to show you what action will be performed. Once you click, depending on the action, you’re taken straight to the filmed action without any further animation.

There are items that can be picked up and used or combined to solve logical inventory puzzles, and there are a selection of standalone challenges ranging from figuring out passwords and connecting wires to piecing together torn-up papers and cracking word codes. These range from very easy to quite difficult in certain sections.

The puzzles are, for the most part, straightforward and intuitive save for a couple of instances. Without giving any spoilers away, there is an extended sequence in a cellar that almost reaches Riddle of Master Lu levels of convoluted inventory madness. While many will probably roll their eyes at the absurdity, I had a blast just wondering how much sillier it could get. Special mention also goes to the final puzzle, a multi-layered melding of inventory, scavenger hunting, logic, code breaking and brain teasers that had me scratching my head more than once, harkening back to the old days of adventure gaming. Each clue seemingly led to another more difficult to obtain clue that kept me wondering if it was ever going to stop. When I finally did reach the end, I felt like I gained a few IQ points and a deep sense of satisfaction as it had been a while since I’d solved an extended puzzle of that magnitude! 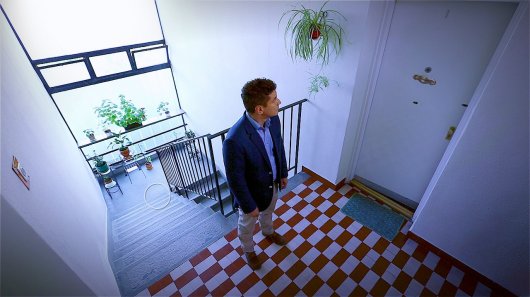 Apart from its save-anywhere feature (something I truly love and wish more games still had), MIAZMA also has an “Easy Mode” offering options like extra hints, highlighting all hotspots in each screen, and the ability to auto-solve the logic puzzles and simply get on with the story. Although I was tempted a few times, I never needed to use the latter, and while casual gamers will most definitely appreciate this, adventure purists may wish to turn this option off entirely, as it’s an all-or-nothing choice. These user-friendly features will make the overall game length even more variable, but without skipping any puzzles and even solving the optional ones, it took me around seven hours to complete. I got stuck a few times and also took my time to talk completely to each character and really soak in the surroundings.

Overall, I quite enjoyed my time with MIAZMA or the Devil's Stone. It’s a fun throwback to a specific old-school type of adventure gaming, which gave me a healthy dose of nostalgia without losing its own identity. Even though the English dub and the rushed ending took a bit of shine off the polish, it definitely wasn’t enough to detract from the fun mystery to uncover, the nice puzzles and high production values. For adventure fans in general and fellow FMV fans in particular, I very much recommend going on this little journey with Jonathan Hunt. Hopefully the amiable journalist with a penchant for mystery will return for another light, breezy FMV adventure someday soon.

Just like its predecessor, MIAZMA or the Devil’s Stone provides a lot of charming B movie-type fun, with a story that will keep you engaged all the way through. Even though its ending is rushed and has only an English dub, FMV mystery fans should definitely give this one a try.

GAME INFO Miazma or the Devil’s Stone is an adventure game by Private Moon Studios released in 2018 for PC. It has a Live Action, Photographic style, presented in Full motion video, Slideshow and is played in a Third-Person perspective.

The Council: Episode 1 – The Mad Ones