continue reading below
»   Home  /  Articles  / Reviews  / The Gardens Between review

The Gardens Between review

Adventure games by The Voxel Agents

Most of us would agree that the experience of childhood is a universal concept: something intangible that is at once impossible to describe with words and yet innately understood by anyone who’s ever spent a carefree afternoon chasing dreams and exploring environments filled with wonder, in days long before the serious responsibilities of adult life kicked in. The Gardens Between is an attempt to distill this sense of adventure and friendship that can only be shared between two kindred childlike spirits into a unique puzzle experience. Developed by The Voxel Agents, this beautifully designed game manages to accomplish its goal without so much as a word, although it ends before you have had enough chance to bask in the wonderful reminiscence it evokes.

The Gardens Between stars Arina and Frendt, two kids who have grown up together, living side-by-side in neighboring houses. The game opens on a stormy night as the two friends are hunkered safely in their backyard treehouse, the refuge they’ve constructed where outside cares cease to exist. As a bolt of thunder rips across the sky, time grinds to a standstill, and a mysterious orb of light materializes in front of the astonished youngsters. As they reach out to it, the world around them dissolves, and the children fall through empty space into the game proper.

The gameplay experience is spread out over eight distinct worlds, each with two or three stages representing surreal elements of the children's memories with each other. As events unfold, you are able to piece together several milestones in Arina and Frendt’s friendship with each other, from their families moving next door to one another, to activities they’ve jointly participated in, all the way to the planning and building of their treehouse. All of this is imparted organically, with nothing ever directly stated – The Gardens Between is a completely dialog- and text-free game. Instead, the truly superb world design takes on the task of telling the story. 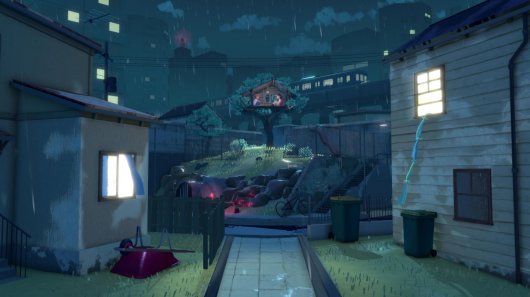 Each beautifully hand-painted stage is a small island – sometimes literally – floating in an ocean of space that’s built out of everyday objects relevant to the specific memory they represent. Moving boxes full of packing peanuts, a working TV remote, an open sewer grate, and a makeshift pulley elevator to carry wooden boards up to the future treehouse are just some examples of set pieces adorning various stages. The world design is entirely abstract, meaning objects are over-sized and often integrated into the environment as if they’ve always been natural parts of it.

Not only is it abundantly clear that the designers let their imaginations run wild, approximating the kind of far-out visual design a sugared-up kindergartner might come up with, but everything is animated beautifully and presented in impressive detail. A vast number of objects in the landscape move, from leaves on tree branches to giant stacks of Jenga building blocks toppling over to spill everywhere. The air is always alive with movement as well, like raindrops falling or paper airplanes swirling on the breeze. One stage sees a giant model of a dinosaur skeleton clinging to the side of a mountain, only to break apart moments later, bone debris scattering and landing with a thump. Then there's Arina and Frendt themselves, who move with a natural fluidity and even express emotions through body language, like Frendt coming to a standstill in front of a large gap, suddenly unsure of his ability to leap over it with Arina’s gracefulness. Even the smallest details are effective at communicating what is going through the protagonists’ minds.

Players indirectly control both youngsters simultaneously using a surprisingly simple control scheme. All animations in each stage, from the children’s movements to the way the environment acts around them, has been preprogrammed as if on one single, continuous gameplay track. You control the flow of time – forwards or backwards – via the left and right arrow keys on the keyboard (or pressing no button at all to stop the flow of time for a thoughtful pause), then watch events unfold in front of you. Items fall, drop, and bounce in their preordained path; the children walk, hop, and climb on their way; and the world, in general, flows forwards or backwards as you will it. This manipulation makes it possible to subtly alter specific aspects of the stage layout. The kids follow their predetermined path, generally traveling together although occasionally splitting up, until a new route becomes available. This is where the puzzles come in. 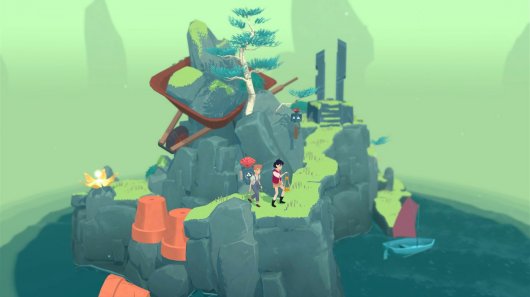 The object in each of the twenty or so stages is to get the mysterious ball of light shown in the introduction to the end of that level, typically following a path that spirals around a tiny mountain or other protrusion to the summit. However, only Arina can actually carry the orb using a special lantern she possesses, while Frendt, being more tech-savvy, is able to interact with various devices that impact the environment, sometimes in quite clever ways. Players can only manipulate certain items directly, while certain switches can be operated to freeze the larger world and shift your control to a particular object within the environment. This allows you to change the item’s status independently using the same forward/backward time-bending mechanic before unfreezing the world once again. The altered environmental object then impacts how the level’s timeflow unfurls, further advancing the path to the exit.

For example, one island sees Frendt encounter a giant-sized remote control. He pushes a button on it – nothing happens. Time keeps advancing and the kids continue on their preset course until they come to a switch that momentarily halts time for the rest of the level and instead lets you interact personally with a nearby disconnected VCR power cable, causing it to be plugged back in. With power permanently restored to the VCR, a new event becomes available; after unfreezing the world and reversing time to move the youngsters back to the remote control, Frendt’s interaction with it now rewinds the tape stuck in the VCR, which then ejects itself and falls to the path below, creating a bridge for the kids to reach an elevated section. There are no enemies to combat, no dire plot to unravel, no world to save. The Gardens Between is a game that can really be experienced in a leisurely way, perfect for a little bit of relaxation.

The puzzles themselves, as clever as their designs can be, are typically not terribly demanding. Most of the stages can be completed in five to seven minutes, and only two or three individual moments required any real thinking time for me. Trial and error is possible – encouraged, even – by simply rewinding time to the desired point and trying something different. No decisions are ever irreversible or level-breaking, and a handful of achievements exist specifically to reward playful experimentation. Sadly, though, this means the game can be fully completed in under two hours, causing an enjoyable adventure to end all too soon. 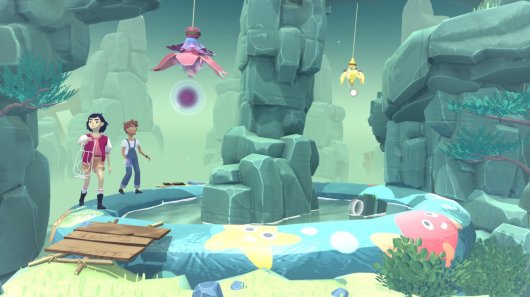 Being a tale told wordlessly, The Gardens Between is devoid of any voice-over or narration. The fact that its story is able to resonate as strongly as it does is entirely due to the universal nature of its premise, and a melodic soundtrack that expertly sets the mood while never being obtrusive. Between the visuals and sometimes-somber music cues, it’s clear that the narrative is building up to something, and the journey is complemented nicely by its score and sound effects, adding in just another pinch of character to the already-expressive animation and world design.

The Gardens Between tells a minimalist story, sure, but it’s one that’s no less impactful – there’s even a bit of an emotional payoff at the end, though not quite as dramatic as I was expecting. Its beautiful presentation and stress-free gameplay combine to create an experience that’s both peaceful and wondrous, clearly two characteristics the developers felt were important to shine through. It’s more a puzzle game than a traditional adventure, but one that you’ll appreciate if you’re the type of person that still looks back warmly on your childhood BFF and the friendship you shared that you were sure would last forever, back when the world – and everything that mattered in it – extended no farther than the houses you lived in and the gardens between.

The Gardens Between is a lovely time with a neat puzzle mechanic that takes place in a breathtaking world, packing an impressive amount of effort, creativity, and TLC into an experience that sadly won’t last more than a couple of hours.

GAME INFO The Gardens Between is an adventure game by The Voxel Agents released in 2018 for Android, iPad, iPhone, Mac, PC, PlayStation 4, Stadia, Switch and Xbox One. It has a Stylized art style, presented in Realtime 3D and is played in a Third-Person perspective. You can download The Gardens Between from: We get a small commission from any game you buy through these links.
The Good:
The Bad:
The Good:
The Bad:

What our readers think of The Gardens Between 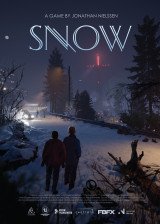