Three years later, To the Moon remains one of my most memorable gaming experiences—not thanks to flashy graphics, innovative gameplay, or big budget production values, but because of its unassuming, emotional story. In the 2011 release from indie developer Freebird Games, two doctors manipulate a dying man’s memories from within to fulfill his lifelong wish. It’s a story about love and misunderstanding, heartbreak and hope, and while its old-school aesthetic and super lite gameplay won’t be to every adventure gamer’s taste, it impacted me more strongly than most “real” games I’ve played.

While Freebird has promised a sequel starring the same doctors and a new patient, A Bird Story isn’t it. Even less gamey than To the Moon, this interstitial tale is an experimental short story of sorts—told entirely without words—that leads players briefly through the childhood of a school-aged boy (who will one day find himself on his own deathbed with an unfulfilled wish). All you do in A Bird Story is discover its narrative, so I’ll stick to the basics: the boy is lonely, he befriends an injured bird, and he eventually has to say goodbye. Ultimately this is a story you’ve seen before in children’s books, but those familiar with designer Kan Gao’s work will understand that in his hands, even a simple premise like “if you love something, set it free” becomes a thing of beauty.

A Bird Story has minimalist pixel art graphics and a top-down perspective reminiscent of 16-bit JRPGs. Its urban setting blurs between the boy’s daily reality—latchkey apartment living and schooldays spent isolated from his classmates—and his daydreams, where trees can move around in the park to reveal hidden areas and a giant paper airplane can carry him to distant lands. The graphics sometimes appear in black and white or overlaid with a grainy effect, suggesting that we’re reliving this story through the boy’s memories—a theory supported by several surreal turns in the narrative. The storytelling is enhanced by a beautiful, piano-heavy soundtrack, which comes as no surprise considering Gao’s pedigree as a composer. 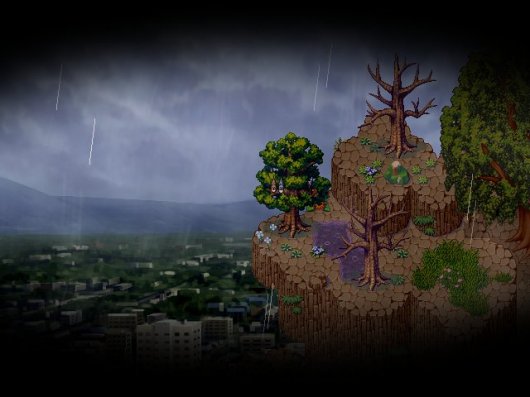 The game uses straightforward keyboard controls, with the arrow keys used for walking and other keys occasionally used for special movements, such as tapping the space bar to jump puddles during a rainstorm. Pictorial instructions flash on-screen in these moments so you know which controls to use; there’s no mastery involved and the story carries on even if you flub. Most of the interactivity involves traversing between the boy’s apartment, his school, a park, and a local animal hospital, with certain triggers along this path moving the story forward.

The experience clocks in at a bit over an hour, but A Bird Story’s interactivity accounts for much less than this since interactive blocks are bookended by scripted, in-engine cutscenes—a reminder that this really isn’t a game, but a linear story you occasionally poke at. Its interactivity is very basic—you’re unlikely to get stuck and you won’t come anywhere close to solving a puzzle—but going in with the right expectations, your time playing A Bird Story should fly by (err, no pun intended). 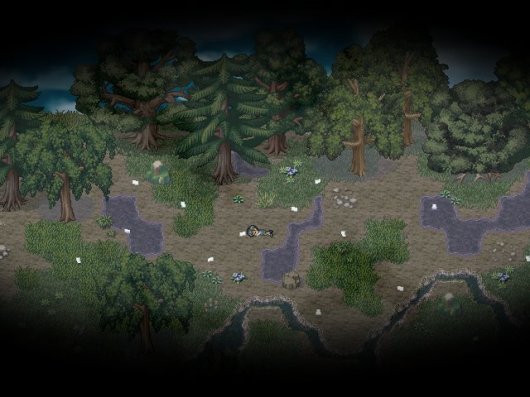 Though its set-up is entirely different, A Bird Story touches on similar themes as To the Moon (loneliness, friendship) and it likewise succeeds in tugging the heartstrings. Whether or not he sets out to make players cry, Gao has a gift for making us feel, and telling this story without words was an excellent choice for highlighting its universality. Through repetition, detail, and carefully-placed symbolism, A Bird Story shows us a boy whose daily routine is always the same, whose parents are never at home, who keeps to himself at school. Finding and later losing a friend changes him, and even if the consequences are unspoken, anyone who has loved and lost should be able to relate. These events may only be a blip in the lifeline of the man we’ll get to know better in Freebird’s next game, but because they’ve been placed under a microscope, Gao really gives us a chance to understand the boy who will become that man, or at least one aspect of him. We never learn this character’s background, his fate, or even his name this time around, but by the end I knew him better than other playable characters I’ve spent much more time with in meatier games.

Even though A Bird Story is sweet and touching and made me cry, it did feel like a story I watched as opposed to one I participated in, even more so than the gameplay-lite To the Moon. At no point did I really feel like I was making the story happen, let alone having an impact on it; I was simply pressing buttons as directed to keep things moving. On the other hand, Kan Gao has shown himself to be a thoughtful, conscientious storyteller and I thoroughly enjoyed my time in this world, brief and passive as it was. If you’ve never played one of his games, To the Moon is definitely the place to start. But as a tide-me-over until the next game (which currently has no announced release date), this short interlude is recommended, especially if you like experimental storytelling or you’re in the mood to get a little weepy.

GAME INFO A Bird Story is an adventure game by Freebird Games released in 2014 for Mac, PC and Linux. It has a Stylized art style, presented in 2D or 2.5D and is played in a Third-Person perspective. You can download A Bird Story from: We get a small commission from any game you buy through these links.

What our readers think of A Bird Story