Under somewhat sketchy circumstances, Brain -- a member of Da New Guys wrestling trio and the worst brawler in Wrestle Zone history -- has won the title belt. (Not even his teammates Simon and Defender can believe it!) When an angry mob shows up to protest, Brain and the precious belt end up kidnapped. Now it's up to wrestling's most eclectic team to get their buddy back and defend his unlikely title -- not to mention Da New Guys' Wrestle Zone reputation.

This wrestling-themed comic indie adventure delivers an entertaining lightweight romp, but some raw technique relegates it to the genre undercard.

Walkthrough for Da New Guys: Day of the Jackass

Screenshots for Da New Guys: Day of the Jackass » View all screenshots (18) 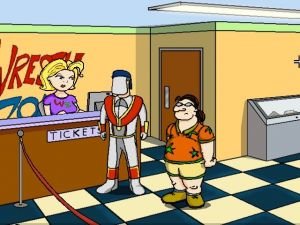 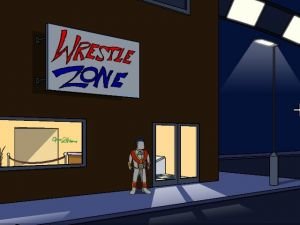 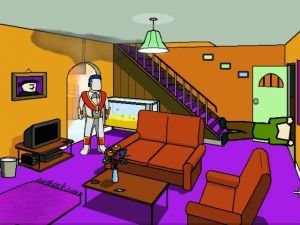 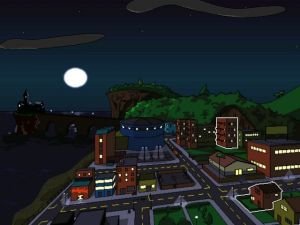 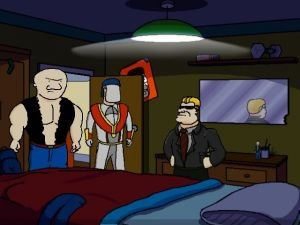 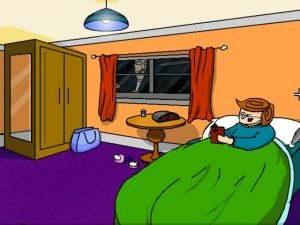 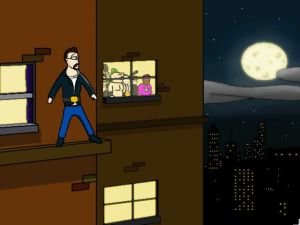 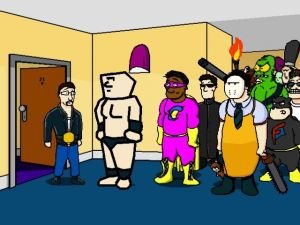 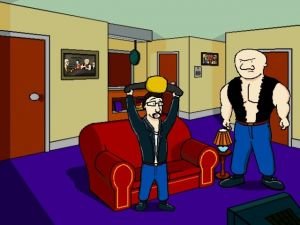 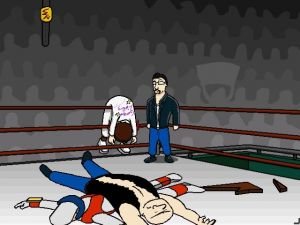 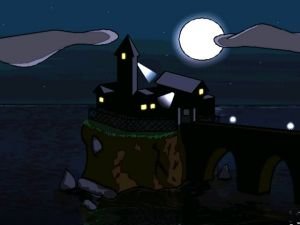 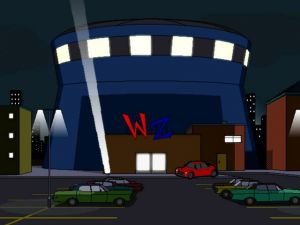 Videos for Da New Guys: Day of the Jackass » View all videos

What our readers think of Da New Guys: Day of the Jackass

A good distraction especially as a small desert after playing a longer adventure game, Da New Guys manage to bundle some nice puzzles, average humor, decent characters together with a very cool soundtrack. Puzzles are fairly simple and intuitive but nicely...
Read the review »


Da New Guys: Day of the Jackass by Icebox Studios - A Point and Click Adventure Game