Review for The Starship Damrey

We get a small commission from any books sold.
All Bitmap Books
Written by
Astrid Beulink — June 12, 2013

Although best known for its popular Professor Layton series, Level-5 has also been responsible for producing two different game compilations in Japan known as the Guild, in which various indie designers were given free rein to create any type of game they wanted. One such game, originally released as part of Guild02, is The Starship Damrey, a sci-fi adventure that has now been released in English, exclusively for download on the Nintendo 3DS. The game certainly offers a compelling premise – who doesn't want to explore a spaceship that was mysteriously deserted by everyone while you slept? Unfortunately, that's really all you'll get to do in this brief and extremely straightforward search for answers.

The Starship Damrey begins with a disclaimer stating: "This game contains no tutorials or explanations. Part of the experience is to discover things for yourself." Sure enough, you wake up from cryo sleep on board a spaceship but you can't seem to open your capsule. Without any idea of who you are or why you're there,  you start touching everything in sight, but you don't know how anything works. Although amnesia may not be an original way to start a game, there's very good reason for you to feel like you've forgotten everything that's happened on the ship. But you'll only find out what that reason is after you've finished the game.

After some fumbling around, you manage to gain access to a computer. Rebooting it with a series of commands, you learn you are on board a research vessel called the Damrey. Through this computer, you remotely control a robot that can open doors, operate machines and grab objects, giving you a second-hand view of the spaceship through its video feed. The robot can only rotate in turns of 90 degrees, but you can make it drive through each room freely with the directional pad. A button is used for zooming in and highlighting objects for interaction before using or grabbing them. There are also a couple of icons on the touch screen: one grants access to a self-updating map that shows which rooms you've discovered and which doors you haven't opened yet, while the other accesses the main menu of the computer inside the cryo chamber, in case you want to operate a different robot or access a database that includes a progress log. 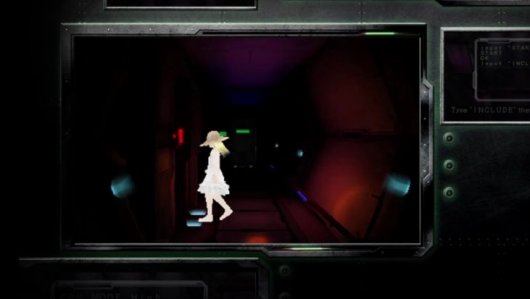 The object of the game is to visit and explore all the available rooms and eventually find out why you are in the cryo chamber. Your mechanical avatar encounters dead bodies and defunct robots, and finds items like ID cards and a water dispenser. The computer then identifies the deceased crew members and gives you information about the function of the objects. Occasionally, you'll also find personal logs or medical records that slowly unveil the events that occurred during your "cold sleep", an intriguing story that leads to a satisfying and surprising ending. Sadly, that point arrives after only two or three hours of gameplay.

Being left to your own devices is not all it promises to be. For the most part, The Starship Damrey is very linear and rather easy to figure out. There aren't many options to begin with, and the game spoonfeeds you most solutions. For instance, when a locked door tells you "only a medical officer can open this door", you know a medical officer's ID card must be around somewhere. The ship itself is very small, with only twenty or so rooms to explore, such as crew quarters, storage rooms, a medical lab and the staff room. You can only hold one item, and you can't drop it, so once you've picked something up, you know exactly what your next task will be and what you should be on the lookout for.

Apart from opening doors, you will need to fulfill tasks such as finding a way around an aggressive robot (it attacks you if you come close, but it does no damage so there is no real danger), blowing up some debris, recharging a battery and finding a way to climb a ladder without any feet. With the exception of the initial puzzle of rebooting the computer, these are all very easy and don't offer much challenge. Without alternative solutions, dialogue trees or filled-to-the-brim inventories, you are mostly just following the obvious path and hopefully enjoying the ride while it lasts. I did have fun exploring the ship, but I was disappointed by the degree of hand-holding instead of leaving enough room to really fend for myself through its obstacles. 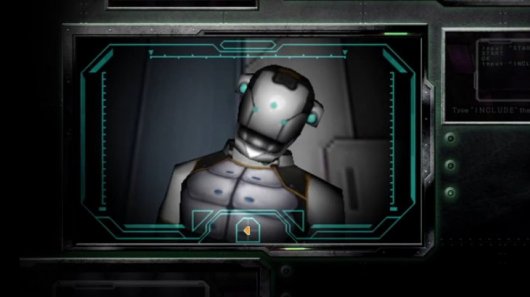 There are a couple of things you can do to slightly prolong the experience. One is to locate and exterminate all the 'space leeches' aboard the ship. If you are near one, you can recognise its sound and use the robot's "zoom" mode to pinpoint its whereabouts. If you click on it the game offers you a choice of exterminating it or leaving it alone. If you don't kill it, nothing will happen, and if you don't find all of them, you won't notice any difference. But if you do manage to wipe them all out, after finishing the game an additional (very short) story to read will open up in the 'archive' in the main menu. You can also get a similar, but better and slightly more substantial bonus story from another side quest if you choose to finish something one of the crew members mentions regretting not having done in one of the journals, though you can safely ignore it if you wish.

The graphics are simple and clean, doing a convincing job of portraying a derelict spaceship. It's quite dark in the dimly lit corridors; the robot's flashlight can barely illuminate a few feet around it, and only some glowing panels in the distance occasionally assist in navigating through the hallways. Some areas are too dark even for the robot until it finds an upgrade. Although the game was made exclusively for the Nintendo 3DS, the only 3D benefits are some stereoscopic effects to make potted plants (on an automatic watering system), chairs and desks stand out from the background. Music occurs only during cutscenes, while sound effects (apart from the constant whirring of your robot) and vocal interruptions from the computer commenting on your surroundings are sparsely used but add to the moody and slightly unsettling atmosphere on board.

While it's an enjoyable little adventure that offers a nice bit of exploring and discovery aboard an abandoned spaceship, it's hard not to feel like this game could have been so much more. It does all the right things to let you gradually unfold an interesting story and create a great atmosphere, but these elements can't hide the fact that it's over much too soon and offers very little gameplay to round out the experience. If only there'd been some challenge to find in your search through The Starship Damrey.

The Starship Damrey is a short but enjoyable space mystery that could have been so much better if it allowed you to puzzle through the enigma yourself.

GAME INFO The Starship Damrey is an adventure game by Level-5 released in 2013 for 3DS. It has a Illustrated realism style, presented in Realtime 3D and is played in a First-Person perspective.