A letter to you!


Note: This Extended Edition review replaces our earlier 2-star review of the original version of the game.


The Val D’Ayas in Italy is a beautiful place that would make an ideal Alpine vacation spot if not for the little matter of being haunted. There is a dark presence plaguing an abandoned sawmill in the scenic Valle d’Aosta, and it could very well be the titular character of Anna, thirsting for revenge. In this debut horror game from indie developer Dreampainters, purportedly based on authentic folklore and set in a very real location, the male (but unnamed and unseen) protagonist has been dreaming of Anna, someone he used to know, and is anxious to figure out why. Unfortunately for him, what awaits him is a horrific discovery of poltergeist-like scares. Unfortunately for gamers, the vague story, uninspired puzzles and confined environments combine to prevent it from reaching its mountainous heights of potential.

There's very little background provided in Anna, as the game starts abruptly with the protagonist in front of his destination. The premise is intentionally hazy at first, which is fine, but little more is actually learned by the end. Originally the story only unfolded through bits of conversations recalled while exploring the house attached to the sawmill, though the Extended Edition scatters more clues around in the form of letters and books. An in-game journal has also been included, which helps solidify the tale by showing what happens through the protagonist’s eyes. The overall story is still shrouded in mystery, but the added insight makes it somewhat easier to understand. Even so, by the time the credits roll, there is still no clear picture of what happened between you and Anna, or even who Anna really is. Knowing the original local folklore might help with understanding, but there is no such information included here.

One of the highlights of the game is its ability to frighten, with many jump-out-of-your-seat moments. In the first version of the game there was no fear of dying, though the sudden appearances of hands reaching out of the floor and flying masks could really put you on edge, afraid of what might be waiting to startle you around the next corner. These supernatural events would appear suddenly and somewhat randomly, then disappear just as quickly. Were they messages, warnings, or just a pissed-off ghost? It was never clear, but that didn’t negate the constant need to look over your shoulder when you heard a floor board creak. The scares were spread out enough that the sense of urgency just started to recede when the next spooky moment occurred. 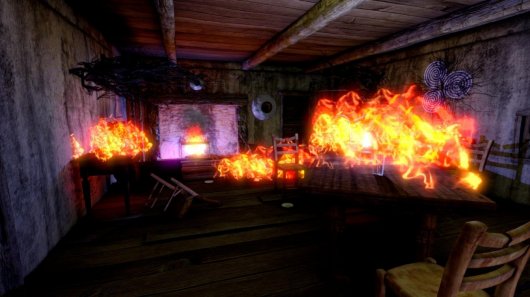 In the Extended Edition, however, the stakes have been significantly raised. There are more supernatural events than ever, and now they can hurt your “sanity”, which can be tracked in the inventory screen. How you behave (like overreacting to something scary) can deplete your sanity, and if it reaches zero, you are knocked out and kicked out of the house, resulting in the game's least desirable ending and forcing to you reload one of your manual saves to continue. These tangibly dangerous scenarios give the game a better sense of dread, though it can be annoying if you simply need to search for an inventory item and keep running into such events. Fortunately, your sanity level can be increased by solving puzzles and finding more clues, or through utilizing “intuition”. These are ideas the protagonist has when remembering specific facts, which can be combined like inventory items to advance the story and get the best ending.

The graphics are beautifully rendered; the outdoor areas in particular are gorgeous and highly detailed, from the individual blades of grass blowing in the wind to the beautiful river running next to it. The lighting is a lot darker inside the sawmill, which feels far more disturbing and adds to the creepy atmosphere, though it also makes it harder to see small necessary objects. Haunting shadows flicker across the walls very realistically, but the same potted plant and bookcase (complete with broken shelf) are unwisely used in multiple locations. The whole game takes place in and around the sawmill, with locked-off locations opening as you progress.

Some locations have been visually tweaked in the enhanced version, the attic perhaps being the most noticeable. When first exploring, the attic looks normal, as though someone had recently lived there, but later it deteriorates along with the character’s mind as the game progresses. In the original version, this room looked more like a cave than a living area, with large roots everywhere and hardly any personal effects, which made it weird when you found a wardrobe with dresses in it. There is one new addition in the Extended Edition, a workshop off the main room, though the locations in general still feel very limited. 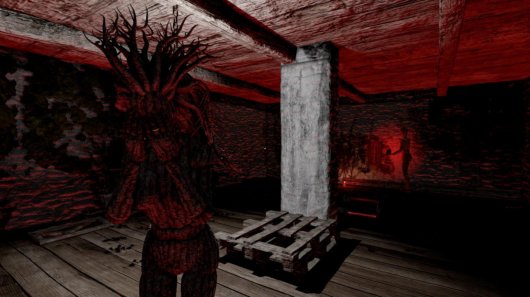 Sound in Anna is good, although the music sometimes detracts from the frightening atmosphere. The soundtrack varies from people chanting to a harp playing soothing melodies that clash with the tension the game is trying to build. The ambient effects are great, from the brook outside with birds chirping to the eerie noises indoors. Hearing a creaking door from a room you know to be empty is unsettling. The voice acting is sparse but generally solid, and the English translation is usually smooth.

Anna's puzzles are largely inventory-based, with only one exception. In the original version, these were easily the weakest part of the game, as most of them made little-to-no sense. The solutions were often farfetched, with no in-game clues pointing in the right direction, frequently imposing the “try everything on everything” mentality as the only way to advance. Along with adding some brand new inventory obstacles in the update, most of the puzzles that did not make sense before have now been altered to be more logical, such as a far more intuitive item requirement to open a particular door than the mystical and quite frankly random way of opening it previously. Though the puzzles are now better implemented, however, they are still rather bland, with no real motivation offered for solving them, other than that they're there.

There is a built-in help system that can be triggered either by pressing the H key or setting it for three or ten minutes through the menu, which then shows the character’s thoughts on what he should do next. In the original version, the hints never seemed to actually help when you needed it to (which was far too often). Now, not only are there far fewer times when you have no idea what to do next, when you do encounter one the help button gives you a general sense of how to proceed, without spoiling the smaller puzzles outright. 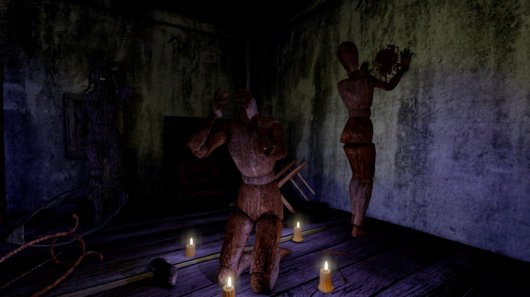 Unlike most first-person adventures, Anna is displayed in real-time 3D. Character movement is controlled by the WASD keys, with camera panning handled by the mouse, the cursor permanently affixed to the center of the screen. Left-clicking hotspots brings up a menu that allows you to use, examine, or pick up an object, while right-clicking and holding allows objects to be moved, like doors and boards. This hands-on interactivity is not used very often, available mainly to add some realism to such tasks as opening a chest of drawers. Crouching is possible, but it is rarely used during the game. Unfortunately, the camera is extremely sensitive and feels jerky, even on the lowest menu setting.

Even the Extended Edition of Anna is fairly short, adding maybe an hour to the four or so provided in the first release. There were initially two finales, but now there are many possible endings, depending upon your choices and how many clues you find in the house. While some of the endings fit, like determining whether you will continue your obsessive search for Anna or leave the house and your obsession behind, other endings can be very disappointing if you have not found and combined all of the intuitions. 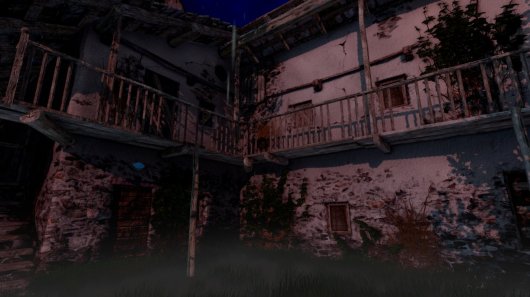 Overall, Anna is fairly successful at creating a sense of horror with its dark indoor environments and heart-stopping moments. The initial release was seriously damaged by its illogical puzzles and confusing storyline, which made the game more frustrating than fearsome. The Extended Edition addresses this problem to a point, but while the puzzles are more logical now, they still feel rather uninspired. And while the story has become easier to interpret than its utterly baffling predecessor, it is still purposely vague and never really provides a rewarding payoff for your efforts. The free-roaming 3D control is a welcome feature, though it's offset by a twitchy camera and rather confined indoor environments that still don't do enough to capitalize on the claustrophobic opportunity.

Available as a free upgrade for anyone who bought the original version of the game, the enhanced version does what it set out to do, combining a more user-friendly experience with an even more unsettling atmosphere for a better game overall. This may be enough to warrant a look from horror fans who wisely passed on it the first time around, though when compared to the better haunted house adventures, Anna ultimately still feels like a game that's all dressed up with nowhere to go.

The Extended Edition of Anna is a definite improvement over the original, though there’s still nothing that really jumps out for horror fans (except for the now-dangerous poltergeists).

GAME INFO Anna - Extended Edition is an adventure game by Dreampainters released in 20122013 for Mac, PC and Xbox 360. It has a Illustrated realism style, presented in Realtime 3D and is played in a First-Person perspective. You can download Anna - Extended Edition from: We get a small commission from any game you buy through these links.
The Good:
The Bad:
The Good:
The Bad:

What our readers think of Anna - Extended Edition