We get a small commission from any books sold.
All Bitmap Books
Written by
Merlina McGovern — April 10, 2013

You walk to exercise, to relax, to get from here to there, and perhaps even to meditate. But do you walk to see what will happen in the future? The ancient Swedes did to see if they could pry open a window into the future, and in their new iOS adventure, Year Walk, Simogo asks their protagonist to undertake such a vision quest to discover whether he'll find love. As you walk, you’ll find yourself exploring starkly beautiful artwork while taking full advantage of iOS multi-touch functionality that will thoroughly immerse you in a haunting journey via a variety of imaginative puzzles.

In this point-and-click – that is, swipe-and-touch – adventure, you play as a man who starts out simply walking through a snowy wood. It’s a desolate, 19th century landscape with little sign of life other than your own. Along with your cabin, an abandoned campfire, a goat’s head, footprints (hoofprints?) in the snow, and a strange wooden box featuring a primitive symbol are some of the spare items that populate this lonely place. The graphics are rendered in a simple, stylized first-person format with muted tones, and you’ll scroll sideways and occasionally move forward and backward to explore.

Your travels will eventually take you to a windmill, its sails slowly catching the wind and spinning through the air. Here you’ll meet a young woman. You know her. You chat, and you’re excited to see her. She seems shy, concerned for your well-being, and she tells you to make sure to wear a coat and stay warm. But she’s also worried: did anyone see you coming? There is another man involved in this tale, and he is awaiting an answer (to what question?) from her. She promised to provide it at the start of the New Year, and today is the last day of the current year. So you walk. You walk because you want to know the future, even if it is unknowable. She tells you: “We are not supposed to know what happens in the future.” Her warning about the morality of leaving the future alone doesn’t stop you, of course. 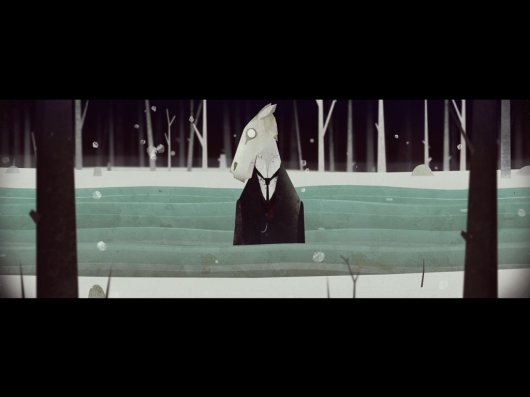 If there are more questions than answers at this point, that is because this story is revealed with no spoken dialogue and very, very little written text. You gather bits and pieces of this tale and snippets of an older mythology as you continue on your year walk. But the story, such as it is, isn’t what compels you to continue your journey, but rather the beauty of the experience and the hint of mystery – something you’re searching for, though you don’t yet know what it is.

This walk, which seems simple enough as you begin with the sound of your footsteps crunching through the snow, will soon take you past all manner of strange creatures and experiences. There may seem to be nothing guiding you in a particular direction, but it eventually becomes clear that everything is leading to a foreboding church guarded by a locked gate. You will then spend the rest of the game attempting to acquire the key to the gate, and in doing so will encounter a variety of obstacles, including a large tree guarded by owls, a dreadful horse-like entity that asks you to retrieve a terrible bounty, and always the crystalline breath of death, frozen by the winter air and sharp as ice crystals that bring up droplets of blood on whispery scratches across skin.

This is the strength and the beauty of the game; there's an exquisite eeriness in a world that makes you feel as if you’re walking down the same paths, but as you progress further, the terrain transforms before you. You’ll see blood splashes where there weren’t any before, a path outlined by newly sprouted flowers, or a stream running red that you could have sworn was a calm blue only a minute before. But don’t let the seeming serenity of these mostly empty woods lull you into complacency; there are quite a few jump scares throughout that are all the more frightening when playing in the dark listening with headphones (which I highly recommend). 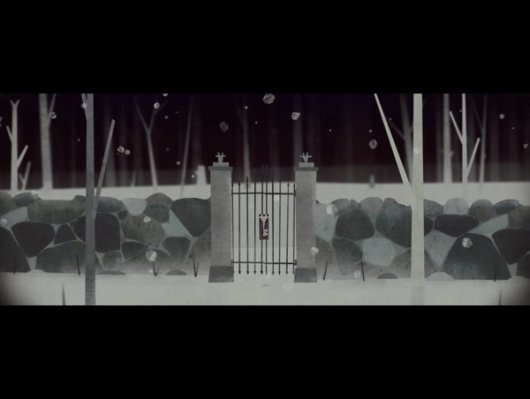 As you explore, chimerical images swirl about like so many snowflakes, a woodland spirit swarmed by sparkles collapses in on herself like a kaleidoscope, while a wooden doll with blank eyes and a bloody maw for a mouth spins slowly in a dark shelter. Elsewhere, there's a smear of crimson across white snow, a baby wrapped in linen strips with a round black 'O' for a mouth, and a white crow slithering and growing out of the mouth of a black raven. Rather than offering you answers, your journey leads you further away from reality and deeper into a surreal, mystical world. This is a world where churches spin around and crystalline tumors sprout on the surface of a rock spinning in space, with lines like “The decision has already been made” floating in the background.

On top of these unsettling images, sound and music play a large part in setting an ominous mood. At the game’s opening, you’ll hear brass notes fluttering against a background of keening violins. The wind whispers softly through the trees as you walk through the muted silence of a winter’s evening. At times, the game will go pitch black, and you’ll hear nothing but your own breathing. Are you asleep? Buried alive? During your travels, the music will deepen and add layers to the experience. At times, you’ll hear a piano pinging off the deeper moans of an organ, the eerie tinkling of a music box, and the heavy thunk of a bass, and through it all, there's always an under-layer of distortion that kept me slightly on edge.

Navigating the game is simple: Swipe the screen to scroll right and left across the forest. You’ll sometimes come across faint arrows at the top and bottom of the screen when you can move forward and back. Matching these simple movement mechanics is the puzzling. You do not pick up inventory and store it, as the puzzles all require directly influencing the environment. Experiment with items that you encounter: if you see something hanging in front of you or stumble upon simple mechanisms, touch them or move them around. If you’re having trouble interacting with something, use more than one finger, combining swiping and holding movements. The game asks you to explore with your fingers as well as with your eyes. What do you do with that head floating in the water or with that dead raven lying on the ground? Make sure to take notes, as visual clues that you see early in the game may not become clear until much later. 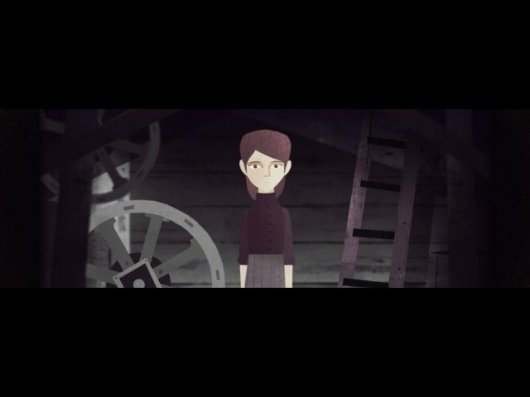 To complete your vision quest, you must also listen to your environment: if you hear the wind howling or ambient music, you may need to follow it. There is a short labyrinth that involves using sound clues to gauge whether you’re going in the right direction. This may be one of the more difficult puzzles for those who find musical tones difficult to distinguish between, especially because one wrong turn lands you back at the very beginning of the puzzle again. I was also a bit frustrated by a puzzle involving the use of a flame to light up a dark room – the flame wasn’t nearly bright enough, and I found myself squinting, trying hard to see what I needed to see. But these frustrations were few and far between.

Your year walk will be little more than an hour walk if you find the puzzling easy. Just as the surreal imagery builds to a fevered pace, you too quickly arrive at an ending that I did not see coming in a scene that made me gasp. I didn’t get any concrete answers to my questions, including the primary quest to determine whether the protagonist would find love, and if I had pressed no further, I would have been left with a threadbare story weaving through a haunting tone poem, spare and emotional at the same time. However, there is a free companion app to go with the game itself. It contains a series of stories illustrated by woodcuts that will give more background on the five main characters you meet in Year Walk, as well as an exploration of what year walking is. 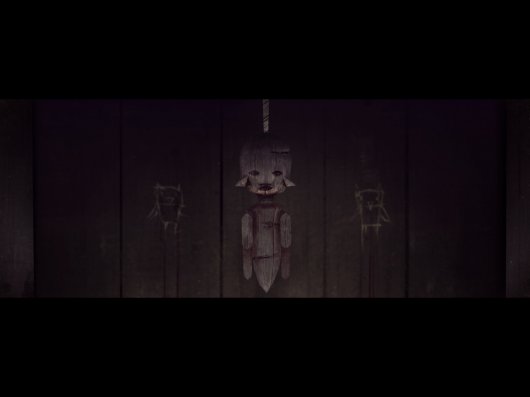 To fully avail yourself of the benefit of this addition, be sure to pay attention right to the end of the game. Watch the credits roll and you’ll be given a key that will help unlock an even stranger tale in the companion piece that details the descent into madness of a character entirely outside of the main story. One thing the developers could have done to more closely integrate the companion, however, would have been to include music as you read through it. The main game uses music and sound so well, it was a bit jarring to go to complete silence for the companion.

Although short, I thoroughly enjoyed the Year Walk experience. With its eerie imagery, a whisper of mystery, and immersive user interface, it does so much more with such a spare setting than a couple dozen buckets of blood or gore would accomplish. You'll get more out of the story if you read through the companion app afterwards, but even on its own, this iOS exclusive is a haunting experience well worth playing to get a glimpse of a wonderful future for adventure gaming in the multi-touch world.

Year Walk is available at:

Year Walk is a beautiful meditation on darkness, love, time, and space that goes beyond traditional point-and-click and into a more immersive iOS interface.

GAME INFO Year Walk is an adventure game by Simogo released in 2013 for iPad, Mac and PC. It has a Stylized art style, presented in Slideshow and is played in a First-Person perspective.