We get a small commission from any books sold.
All Bitmap Books
Written by
Astrid Beulink — March 20, 2013

As sure as death and taxes (but far more enjoyable than both), you can count on there being a new Carol Reed mystery every year. Cold Case Summer is the ninth game in the independent series from MDNA Games, and it once again offers more of the familiar photographic exploration of gorgeous Swedish scenery and enjoyable amateur detective work you'd expect, along with the same modest production values as its predecessors. This time around, however, the focus on a famous real-world unsolved crime adds a welcome new wrinkle.

Carol is planning on a relaxing day, waiting for the plumber to arrive to continue renovations on her now-missing bathroom, but after a quick errand to visit her friend Stina, she receives a phone call from an anonymous man who calls himself Mister X. He asks Carol to meet him close by as he has something interesting to tell her. However, when Carol arrives at the agreed location, Mister X insists on remaining hidden in shadows. Carol refuses to listen to him if he won't identify himself and ends the clandestine meeting. But the next morning she is contacted by the police, asking her if she knows a dead man named Harri, whose last phone call was to Carol. She tells them about her encounter with Mister X, and now that she knows his real name, she decides to investigate. In doing so, she soon finds herself embroiled in the unsolved political murder of Sweden's Prime Minister Olof Palme in 1986.

This is an interesting true crime story, and there is just enough background information to let you form your own opinion of what must have taken place and whether Carol's theory is a feasible one. After extensive digging, Carol discovers a loose connection to Christer Petterson, the man originally arrested and convicted for killing Palme, but then later acquitted (and now deceased himself). Obviously I don't want to spoil any details of the story, but suffice it to say that the investigation eventually centers on a group of boyhood friends and the rumour of hidden valuables that came between them. A history of prostitution, drug abuse, and violence are just some of the sordid details Carol uncovers, for which she now becomes the target of abuse herself, though of course she is undaunted by the threats. How all this relates to the assassination of the Prime Minister, of course, is a much bigger mystery that is best left to discover yourself. 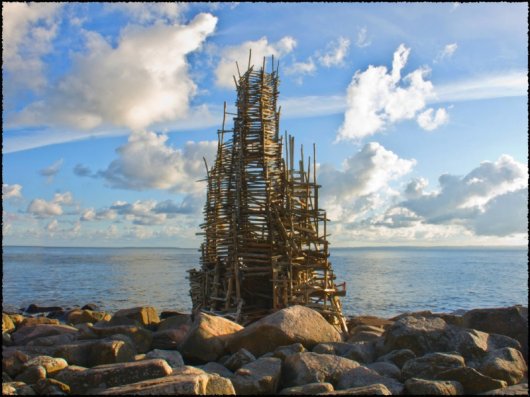 With her new bathroom being installed at home in Norrköping, Carol visits dozens of locations across the country, such as Harri's home, summer house and his place of work at an old pump house, along with the residences of some of his acquaintances, a railway station, an air force bunker and an abandoned leper colony, as well as the location where Olof Palme was killed in Stockholm. As with the previous games in the series, these locations consist of photographic stills, allowing 90-degree rotational turning and moving in a node-based fashion. Somehow, developer Mikael Nyquist manages to make even graffiti-sprayed old bunkers and not-quite-clean bathrooms look fascinating, so simply walking around all these beautiful (or ugly but beautifully captured) locations and visiting people's homes, looking at their bookshelves and rummaging through their desk drawers is an enjoyable experience in itself.

The locations are a nice blend of tranquil parks with fascinating art, city streets, abandoned buildings and cluttered apartments, but this can't completely hide the fact that the stills make the game feel outdated and the locations lifeless. There is no animation at all, and especially during dialogues I missed the facial expressions and body language that Carol's dialogue partner would naturally be showing. This isn't helped by the voice actors, who tend to read their lines with little or no emotion shining through. They're mostly Swedish actors speaking English with an easy-to-understand accent, but the native English actors are rather cold and flat as well. As always, Carol herself never speaks, but the game has optional subtitles for everyone.

Accompanied by a musical score of melancholy electronic melodies, there are many times when you'll simply be content to keep turning around in place like a tourist to take in all the beauty of the Swedish landscapes. In rare cases, you can also look up or down. Even with all this sightseeing, however, it's easy to forget to look out for items or exit arrows in unusual places, and with this game the series has at long last added a hotspot revealer to solve this problem. The hotspots themselves are nice and big so there is no pixel hunting needed, but pressing the space bar lights up orbs that indicate where exits are or where interaction is possible. 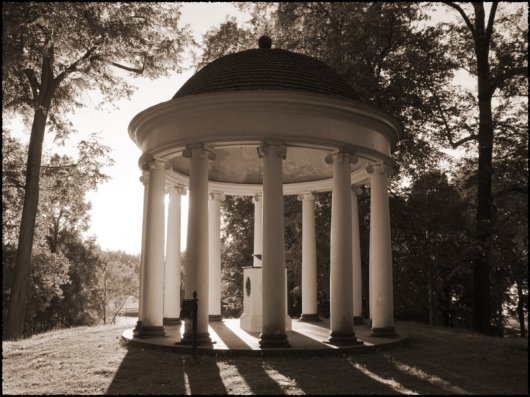 In her travels, Carol meets a score of people, some of whom you may recognise from earlier games. Apart from the ever-present Stina and Bigge (now a plumber), we are reacquainted with Jonas, who has a disappointingly short appearance, and Amber from the previous game Amber's Blood, as well as a few new people such as Harri's friends and a shady antique dealer that tries to seduce Carol in exchange for a painting that relates to her case. Several characters are surprisingly sympathetic, having been forced by circumstances into a life of crime they didn't choose for themselves, and are now perfectly willing to talk to Carol in a warm and friendly way. Others, however, are not nearly so friendly.

Carol's progress is occasionally hindered by locked doors and desk drawers that require keys (or another means of opening them), a car that won't start, cryptic messages she needs to decipher and other similar obstacles that form the brunt of the puzzles. Most of these are inventory-based but there are a few logic puzzles as well, such as figuring out the location of something that was hidden a long time ago by someone who is now dead. Most of the puzzles fit in well with the story and are fun to solve, if a little on the easy side, but some feel a bit forced, like requiring a particular inventory combination where two separate items should intuitively work better. The bunker is a complicated maze, consisting of several similar-looking hallways and many interconnecting rooms, but fortunately you have a bit of help in the form of a blueprint that indicates your general whereabouts (though not the specific room you are in). 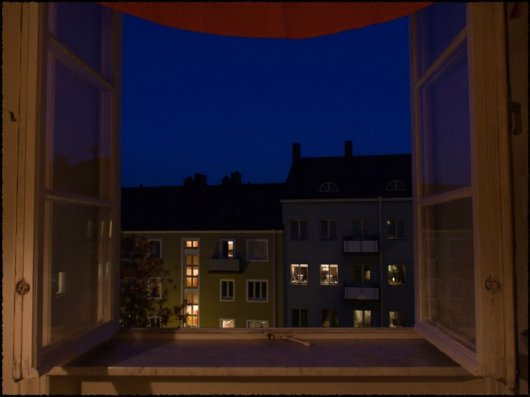 Speaking of help, Cold Case Summer again sports a hint function in the notebook. If you are stuck, simply looking at the notebook in Carol's inventory is enough to tell you one of your immediate goals. You can actually be working on several objectives at once, but the notebook will only mention one specific goal that you should be pursuing. It's not clear how or why that particular task is chosen for you, as there are many paths you can take through this game and many puzzles that can be solved in any order. However, a few puzzles can't be solved until you have found a particular item, which means you need to have solved another puzzle before you can progress. If you click on the line of text in the notebook, you get an additional hint on how to solve a puzzle you have discovered but not solved. These are unfortunately very specific, often just giving you the solution to a puzzle box instead of nudging you towards it with tips on what you should be doing as a clue for its solution. Using this will make an already short game (about five hours) even shorter, so it's best to avoid this feature entirely unless you really need it.

Overall, Cold Case Summer is another enjoyable adventure in the Carol Reed series, bringing the total to nine games so far. For longtime fans, this game provides more of what you like about the series, and a small improvement has been made at last with the addition of a hotspot revealer. Despite the wonderful photography, the antiquated slideshow production may continue to turn some people off. But if you don't mind exploring scenic Sweden one unanimated screen at a time, you'll find a short but entertaining game that offers some intriguing background information on the unsolved political murder of Olof Palme and a plausible theory to finally close the case for good (at least in Carol's world).

Despite its dated production values, virtual tourists and amateur crime buffs will enjoy investigating one of Sweden’s most famous true crimes in Cold Case Summer.

GAME INFO Cold Case Summer is an adventure game by MDNA Games released in 2013 for PC. It has a Photographic style, presented in Slideshow and is played in a First-Person perspective.

What our readers think of Cold Case Summer

I think this is the best Carol Reed adventure so far. The story has interesting twists and the murder of Olof Palme gives extra suspense to the story. The puzzles also are very well thought... Read the review »