The first time you hear the name The Wise Monkey, you might be inclined to think of a cute and cuddly Disney-inspired character, maybe the star of a great bedtime story for young children. But as the title of the second episode of Cognition, Phoenix Online’s serial thriller, you couldn’t be more wrong. The Wise Monkey is a compellingly dark, disturbing murder mystery that ups the gruesome ante from the first game—but still hasn’t wised up from some of its storytelling faults.

The cliffhanger events of The Hangman continue directly into Episode 2, but the story rapidly veers toward a new mystery—a serial killer who has an alarming propensity to remove some combination of eyes, ears, and tongue from the victims after killing them. For Erica Reed, the Boston FBI agent who serves as the game’s heroine, the psychopathic Hangman goes on the backburner once the Wise Monkey’s murderous transgressions hit Erica—and the entire Boston FBI office—close to home.

There's no rest for the weary this time around. While the first episode allowed some necessary breathing room to set up the story and move forward at a leisurely pace, The Wise Monkey establishes the urgency of its story right up front, in a very graphic manner. Unfortunately, this fast start only serves to emphasize the primary fault of what follows, in that the importance of hunting a new serial killer is often underwhelmed by large diversions into casual character conversation and unrealistic puzzle situations, until the game finally gathers enough momentum to propel itself into an engaging, though horrific, final sequence. 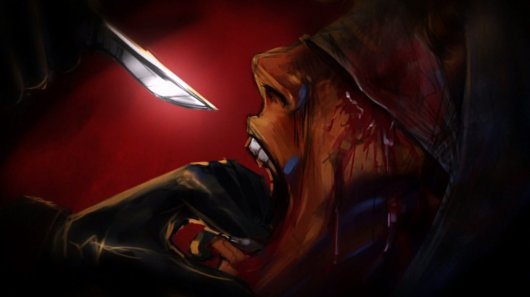 The game is at its best—and that best is very good—when Erica is on her own, being a detective with extrasensory abilities. Though the inventory obstacles are even more minimal than in the previous game, the use of Erica’s cognitive powers is always fun, and each of the game’s significant puzzles is built around using these gifts. In addition to the cognition, projection, and regression powers introduced earlier, the new episode also introduces synergy—the ability to use cognition on multiple inventory items together to assemble a full memory. This is used several times, with one major memory requiring six items to fully assemble. It is an outstanding dramatic effect to see the memory slowly sharpen as you find new pieces, but still know that you don’t have enough to bring it into perfect focus, and then feel the victory as you locate the final piece needed and see what is revealed. Synergy may be my new favorite power.

Credit must also go to the designers for fleshing out a background story for the Wise Monkey. You could reasonably expect an episodic series to focus only on one background mystery, but considering the light size of this game, a substantial amount of detail about the killer's prior murders has been created. I was interested in this historical context, to the extent of actually taking physical notes on some of the details. Playing through most of this game and peeling back the story layers feels like actual detective work, the type that made games like Lost Files of Sherlock Holmes so classically fun.

Another strength, though an inconsistent one, is the game’s technical presentation. The beautiful hand-painted backgrounds again look fantastic, but the animation leaves something to be desired; characters tend to move and flail unnaturally, and there are frequent issues with Erica’s awkward walking. The in-game cinematics, however, are stylistically stunning. They are often gory, including a close-up mutilation that literally made me watch from behind my right arm, and drive the dramatic points home in an impressive manner. The music is still good, but much of it is the same as the first episode (including the game’s best song, the dark industrial-influenced track that frames the final sequence), so it’s difficult to offer it special commendation. 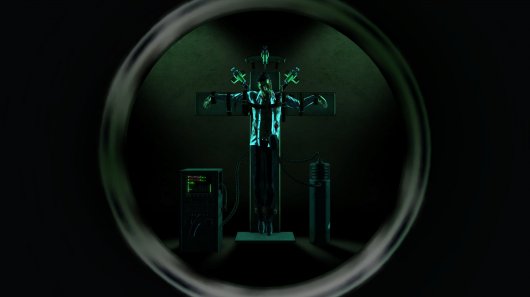 Just like its predecessor, though, Cognition is at its worst when people are talking to each other in what is supposed to pass as an actual conversation. I complained about the paper-thin characters previously and they have only regressed. The events of the first game have opened up the office director position in the Boston FBI office—and somehow they found the only manager in the whole Bureau more aggressively surly and unlikeable than Madison Davies, an impossibly disagreeable boss straight out of a 1980s TV show. Another significant supporting character, an artfully-inclined college student, trades off every possible ditzy-flower-child-hippie stereotype in an intense effort to make me want to end the conversation with her. Erica remains a wonderful character, but I am now pleading for at least one other series character with some substance and nuance.

The phrase “cringe-worthy” may be overused as an expression, but when Erica confronts a particular suspect by yelling playground profanities at him, pounding his file cabinet with a closed fist and shouting “It’s a conflict of interest the size of Russia!”, I quite literally cringed. Moments later this same person was re-written on a dime from a strong and powerfully corrupt figure, to someone so inept and whiny that I almost felt sorry for him. That certainly can’t have been the desired result. All of the important conversations in the game tend to wander between intensely serious moments, and unintentionally silly ones, creating a very uneven tone throughout.

Suspension of disbelief continues to be a primary issue as well—Erica’s method of dealing with the need to access a corpse in the morgue is impossible to accept as anything that an actual FBI agent could conceive of doing. Even worse is a crucial scene in the end where Erica calls her useless fat slob of a partner before entering a dangerous crime scene, and he wishes her the best and encourages her to update him later. The game doesn’t accept voice input; I know this because I screamed “I need backup!” at my computer during this scene, to no effect. In varying smaller degrees, the game’s designers are not able to step back and say “Is this something that could really happen in the real world?” Not that fiction and imagination are unwelcome, but in a game as brutal and gritty at times as The Wise Monkey, why disrupt player immersion with moments that do not stand the test of reality? 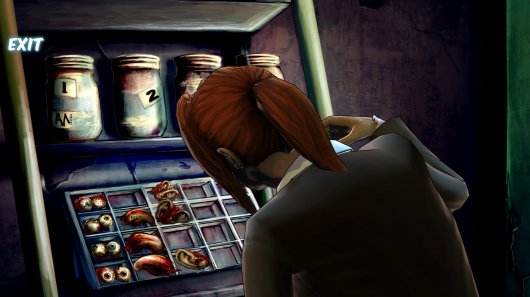 This episode finishes at its peak, just like The Hangman, but in a different way. This time, instead of using light puzzles to deal with an immediate threat to your own life, the final puzzle is much more substantial (it took me over 20 minutes), requiring substantial use of multiple cognition powers while still fitting appropriately into the framework of a very, very insane nemesis. I loved this puzzle and its requirement for understanding how to use the powers to observe details. At the same time, while rewarding and substantial it is still pretty easy, as is the entire game. This episode is quite a bit shorter than its predecessor, likely clocking in at about 3½ hours for most. Hints of any kind will not be necessary with patience and attention to detail, but the in-game hint system continues to be an outstanding way to get good clues for the currently relevant puzzles without resorting to an all-out walkthrough.

The game’s length is further undermined by the lack of final resolution to the current story, which becomes considerably more convoluted over the last hour. There is a really great final scene that serves as a macabre bridge to the next episode, but you probably shouldn’t test the waters with this episode unless you’re pretty confident you’re on board for the entire five-episode season.

The best parts of The Wise Monkey are really good—I love the puzzle design, I love the difficulty, I love Raleigh Holmes’s brave performance as Erica Reed, and I love the game’s refusal to pull punches in its mature content. But conversely, the parts of the game that are the most frustrating speak directly to an immature perception of the way people talk and the way a detective would actually think. My score, unchanged from the first episode, continues to reflect my sincere enjoyment for this game and its mystery, my excitement to keep playing it, and my sincere desire that the quality of the writing will catch up in time for the third episode.

WHERE CAN I DOWNLOAD Cognition: An Erica Reed Thriller - Episode 2: The Wise Monkey

Cognition: An Erica Reed Thriller - Episode 2: The Wise Monkey is available at:

Not many adventures have as much dark storytelling ambition as Cognition—endure the awkward conversations to get to the puzzles and story developments, and you’ll be glad you stuck with it.

GAME INFO Cognition: An Erica Reed Thriller - Episode 2: The Wise Monkey is an adventure game by Phoenix Online Studios released in 2013 for Android, iPad, iPhone, Mac and PC. It has a Stylized art style, presented in Realtime 3D and is played in a Third-Person perspective.

What our readers think of Cognition: An Erica Reed Thriller - Episode 2: The Wise Monkey

By Niclas on Feb 13, 2013
Another great episode of Cognition. Although a little bit short compared to the first episode. I really enjoyed the puzzles and story of episode 2, although the character development is very weak in this instalment.... Read the review »