We get a small commission from any books sold.
All Bitmap Books
Written by
Jason L Blair — March 25, 2013

Early in my playthrough of SilverPlay's bayou mystery Louisiana Adventure, the main character Katie had a long conversation with a lamp post named Allison about sneaking into a highly-exclusive soiree to spy on a plantation owner. A little while later, Katie hatched a plan to break a storm grate named Janitor out of prison. I don't think those are the experiences the designers intended for me to have, but they weren't exactly isolated incidents. In fact, those two events say quite a bit about my overall experience with this terrible game.

Reportedly inspired by true events, Louisiana Adventure centers on Katie, an agent for the Bureau of Special Investigation in 1902. Her assignment is to look into a series of grisly murders around New Orleans and determine not only who is perpetrating the crimes but also whether something supernatural lays at the heart of them. The story continues on from there, jumping from one overlit area to another, taking Katie across a series of quasi-interesting characters, shallow subplots, and simplistic puzzles as you race toward the game’s conclusion.

What drives you through the game's eight or so hours are tasks like talking to people with insight into the motives and history of others, helping a young boy sell his newspapers, and repaying a shady character for saving your life. You'll frequently do small jobs for people and deliver specific items to the right individuals. Proceeding through the larger mystery hinges upon the completion of six puzzles that act as story breaks. For the most part, the items you collect are in service to the puzzle ahead of you. Collected objects are almost immediately relevant, and the inventory resets when you transition from one major location to another. 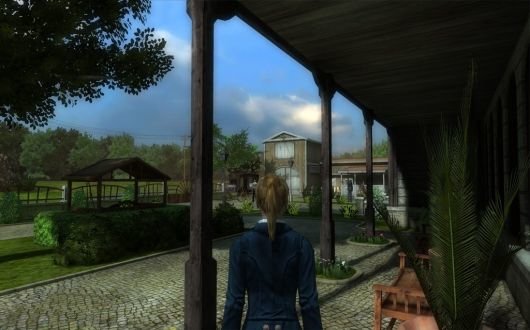 There are two options for control: mouse-only or mouse and keyboard. With the latter, you move through the environments with the WASD keys and pivot the camera with the mouse. You can zoom in and out by scrolling the mouse wheel, allowing you to swiftly move from right behind the back of the main character to a three-quarters bird's eye view of the action. For most games that use them, these controls are just fine, but they never quite work in Louisiana Adventure. I fought with them more often than not, with the camera wildly swinging from left to right with the slightest nudge of the mouse. You can control the camera speed in the options but I couldn't find a setting that worked for me. No matter how I adjusted the slider, the camera seemed to either be agonizingly slow or nearly uncontrollable.

At times I was able to find my stride, but none of the locations allow that feeling to last very long. The action takes place in tight interiors or in “open” areas with lots of invisible walls, which meant plenty of starting and stopping and a mounting frustration. Really tight spots such as hotel guest rooms mitigate this by dropping Katie's walk speed from a run to a slow stroll, but nothing the game did helped with my constantly running into walls as I struggled to navigate its environments. For whatever reason, I had much better luck (and control) with the mouse-only option where you depress the left button to walk and direct by moving the mouse. The camera stays locked behind Katie, which avoids a lot of the issues I had with the other arrangement.

You'll go through a handful of locations throughout the game, from the Albert Hotel where you begin your adventure to the area's signature marshlands to the city's underground. Most transitions are quick fades from one area to another, some initiated by engaging your coachman after you've done everything you can in a given setting and others done automatically after completing a certain objective. The environments look decent but are lifeless, with no ambient animations or happenings beyond the odd abnormally idle character and objects immediately relevant to the plot. The textures are well-rendered and everything from the costumes to the buildings look period- and geographically-appropriate, at least. 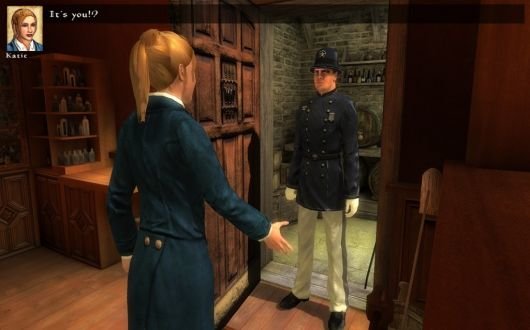 Most NPCs are permanently placed in whatever spot the story needs them, either in a locked position or a short looping idle sequence. While the game is fully voiced, nothing is lip synched. At most, a broad gesture accompanies a line's delivery, and even that only happens about half the time. The voices themselves are mostly serviceable, though some, such as your Stan Lee-soundalike boss and the gentleman who calls you “Cattie” and pronounces “Beaumont” as “Bo-Mo”, stick out for exceptionally weak acting. The jazzy ambient score, while competent, mostly fades into the background, and the scant sound effects that you come across work well enough, though their sparseness often leaves the world feeling empty (a feeling reinforced by how few characters you run across).

The promotional materials for Louisiana Adventure promise characters who adjust their responses to you based on how you approach them. I rarely saw this occur. Sometimes after coming back to the same scene after a game crash, I would go through a dialogue sequence I had already done, but instead of my previous choice I'd pick another option. In most instances, the person's response was the same as the first time I talked with them.

One neat inclusion that works better is that characters judge Katie through her actions. In order for a certain dialogue option to open up for a character, they have to come to like you. You can often accomplish this by completing a certain objective or giving them an inventory item. Pinning your actions to an NPC’s emotional response is a nice way of presenting a standard system (do X, unlock Y) and comes into play often as a barrier for items needed to progress. 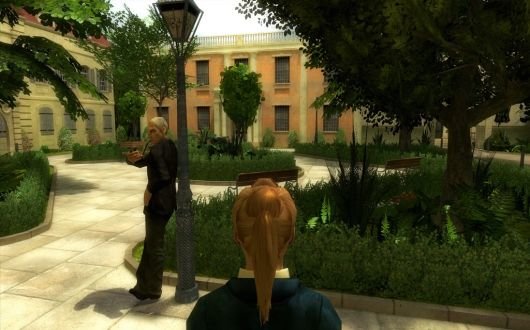 You can check on both your inventory and your current status with people through the notebook. This catalogs what you've done and keeps track of your “detective points” (the game's score system), along with Rewards and Penalties which are akin to Achievements in that you earn them through play by completing certain goals.

Katie comes across as a professional doing a job. Based on her dialogue options and commentary, she's smart, succinct, and a bit ahead of her time. Not only is she progressive in her views on class and race but she coins the term “lactose-intolerant.” You are given the opportunity to fill in certain details about her, such as her interest and belief in the supernatural, which marginally helps you feel connected to the character.

Most other characters are wooden one-offs that don't go much further than being a shallow obstacle to your progression. Some NPCs show hints of being interesting characters who get into some really tough spots, such as a janitor who is accused of murder, but everything else about the writing and presentation lets it down. In the case of the janitor, you suspect race and social standing are the prime motivators of the accusation, but as you seek to prove his innocence, the empty world and constant technical troubles strip away any real investment in the outcome. Even in 1902, New Orleans was surely a vibrant city full of culture, music, mystery, and larger-than-life people. In this game, it feels like a wasteland for the clinically-depressed. 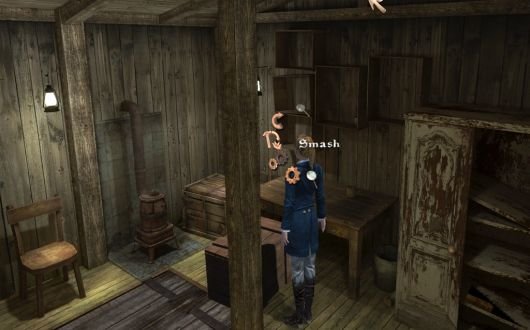 Now, as for those two instances I called out earlier: I'm pretty sure a character was supposed to be standing next to that lamp post, and I think I was talking to a prisoner whose previous job was as a janitor through that grate, but because these vignettes are set up so poorly and bugs are so frequent I honestly couldn't tell. Was Allison the Lamp Post actually a ghost? Was I talking to the grate or did something not trigger? While I was later able to piece together what was happening, I had no idea at the time. With such poor implementation, it's hard to gauge the story on a small scale. When you take a top view of the story and wash over the faults and technical issues, the plot is mildly interesting. Unfortunately, every time I fell into a groove, the game crashed or a weird bug happened and I popped right back out.

In case it isn't clear by now, the game crashed on me. A lot. It crashed during scene transitions. It crashed during conversations. It crashed every time I used its exit screen to quit out of the game. I have a new machine that I run some pretty spec-heavy titles on, and I've yet to have any of the problems I had with Louisiana Adventure. Every crash (except those through the exit screen) resulted in lost progress and lost time between manual saves, doubling my frustration with the game and coloring my overall experience. Since time of first launch, an updated version of the game has been released (replacing the original downloads at participating portals), but unfortunately I could find no appreciable improvement in my time spent with the new version.

A supernatural mystery game set in the most mythologized state in the Union is bound to pique the interest of most adventure fans, but the lack of polish, frustrating controls, lifeless environments and frequent crashes make this one Louisiana you may want to consider not purchasing.

Despite taking place in one of the most storied areas in the world and promising an engaging supernatural story, Louisiana Adventure delivers a frustrating and often flat-out broken experience.

What our readers think of Louisiana Adventure