We get a small commission from any books sold.
Written by
Manda Whitney — January 11, 2013

Poor Egypt. Currently in the midst of serious cultural upheaval, the country wasn't much better off three thousand years ago, at least according to Cryo’s Egypt II: The Heliopolis Prophecy. The middle installment in the barely-connected “edutainment” trilogy of adventures focused on ancient Egypt sends players straight into the heart of a disease epidemic and deadly political turmoil. Fortunately for gamers, over a decade after its original release in 2000, this little known gem still manages to deliver both an interesting history lesson and a compelling storyline for a satisfying game experience, despite a couple of problematic puzzles towards the end.

After opening with an intriguingly ominous dream sequence, you play as Tifet, a medical student at the Temple of Sakhmet. Her studies are interrupted when she gets an urgent letter from her adopted father Djehouty, urging her to come home as he has contracted a strange and mysterious illness that is plaguing the city of Heliopolis. Naturally, Tifet rushes back to solve the mystery and save her father before the plague kills him. From there the story focuses on the close relationship between Tifet and her father, and then slowly builds to include a political conspiracy that threatens the entire city. Obviously I won’t spoil the details, but the game surprised me with a couple of plot twists, and it was fun to keep guessing what could possibly be behind the illness.

Tifet herself is an engaging main character, which is important seeing as you spend a lot of time listening to both her inner and spoken thoughts. She’s kind and compassionate with many of the people she encounters, but is also independent and resourceful, relying on her wits and intelligence to get where she needs to go. These traits are entirely believable and frankly a bit refreshing to see in a female character. More often now it seems like female characters need to be “tough” or “edgy” in order to demonstrate intelligence, and it was good to spend time with one who didn’t feel the need be sarcastic with everyone she meets to prove her worth in a male-dominated world.

Of course, the main draw of the game is the chance to explore an ancient Egyptian city in its heyday. For myself, who has always had a love for all-things-ancient Egypt, this was especially exciting and the developers did their research well. Attention to detail is evident from the reconstructed grand temple right down to the small headrest ancient Egyptians used in place of pillows. Even if you’ve never studied the era, you will enjoy exploring and learning as you go. There is an encyclopedia built into the game with extensive information on the history and culture of ancient Egypt. For the most part it is an optional background supplement for the curious, but it ended up helping me out with a couple of puzzles early on.

It’s hard not to get swept up in the mysterious and romantic atmosphere of ancient Egypt, but the city of Heliopolis, while extremely detailed, seems somewhat empty of people and is a bit of a disappointment. The developers had a perfect excuse for the lack of activity right in their story: the plague threatening the city could have easily accounted for a lower population, with frightened survivors remaining indoors, but it’s never utilized. In fact, a lively soundscape gives the illusion of a busy, bustling city: the murmur of crowds, screams of children, musicians playing in the street, and animals barking and braying. The effects are all well done, but they  further emphasize the discrepancy between what you hear and actually see.

Speaking of soundscapes, the musical score in The Heliopolis Prophecy is simply fantastic and adds a lot to the atmosphere. Whether it’s a sweeping epic piece to accompany a cinematic or a background tune while you’re exploring a temple, the mix of Egyptian and western instruments instantly gets you in the mood to solve some ancient mysteries. The music is always appropriate to the current events on screen and never feels repetitive. I remember playing this game for the first time years ago and scouring the internet for the soundtrack almost immediately after playing. I still have yet to find it, but I can hope!

Equally impressive are the supporting characters, who may be few in number but more than make up for it in unique personalities. From the whiny petulant scribe to the wise head priest, all are interesting and unique, aided by some great voice acting. Each character speaks with a North American accent, but this isn’t to the game’s detriment as it allows the actors to concentrate more on their emotional performance than putting effort into a fake accent. Tifet’s portrayal in particular is very well done, balancing compassion for her loved ones and determination to get her job done. There are a couple of performances that grate a little, but these are very minor occurrences. 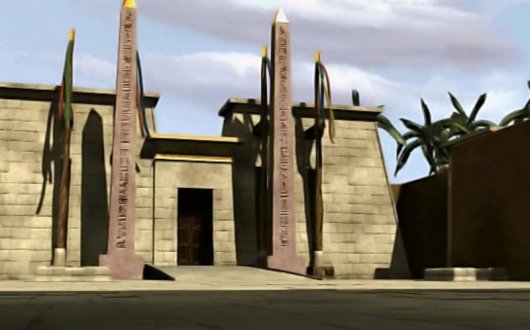 The graphics are a little difficult to judge now, given the game’s age, but at the time they were some of the best of their kind. Birds fly off in the distance as you walk down the street, while animated shopkeepers are busy working as you approach them. Tifet’s face is suitably expressive during cutscenes, and a sleeping man’s chest rising up and down with his breath is a nice example of the game's little visual touches. The downside is that the now-dated graphics appear more pixelated and blurry on a high definition monitor.  This also makes hunting for smaller inventory items more difficult, as they often appear as small blobs in dark corners and you have to rely on your mouse to find the hotspot to pick them up. Characters also seem a bit stiff and their lip synchronization is strangely slow, but this doesn’t detract too much from the experience.

In terms of actual gameplay, The Heliopolis Prophecy is about as linear as they come. The story will not progress until you complete certain objectives and there really is only one path to take, although you have the freedom to travel between locations as you discover them. Most of your tasks involve questioning other characters for information and searching for items that could serve as clues to your investigation. It never feels too confining an experience though, instead keeping the pace moving briskly along.

The point-and-click interface is simple and easy to get used to. Presented in a first-person perspective with 360-degree panning, the transitions between each screen are quick and smooth. Any cinematics can be skipped if you want, which is a huge plus in my book, since a cutscene plays every time you switch areas. Dialogue can be fast-forwarded line-by-line if you’re in a hurry or need to double-check a previous conversation. Even better is the use of a quick travel map, which cuts down on backtracking time significantly, as you do a lot of travelling between locations.

Puzzles are mostly inventory-based, with a couple of logic and slider puzzles thrown into the mix. These are all well-integrated and make sense to the plot. Early on a grumpy temple guard wants proof that you’re a priestess before you can enter the temple, which results in a matching game to show your knowledge of the gods. Later on you’ll need to pour liquid into jugs to get the right measurements for medicine. As you explore different locations in the city in search of clues for the origin of the mysterious plague, you’ll meet various locals who require your help before they're willing to help you. Many of the puzzles revolve around discovering and mixing cures for the various ailments other characters are afflicted with.

For the most part these puzzles are enjoyable, but this positive experience nearly gets derailed by the last third of the game, when the developers decided it would be a great idea to include a couple of stealth sequences that involve sneaking past guards. This is incredibly jarring in a game where up to that point failure has been impossible and the gameplay quite leisurely. I had to shift gears, saving my game every two minutes, sighing in frustration every time some guard hiding in an unseen corner spotted me, which would then end my game.

The pinnacle of frustration, however, was a rhythm puzzle that almost had me give up on the game entirely. It seems simple enough: pretend to be a drummer, follow the rhythm highlighted on your drums, and get two dancers to dance to that rhythm. The dancers won’t move until you get it right, and good gravy, I couldn’t get them to move more than an inch towards each other. I tried every single combination of tapping the darned things. Finally, after about twenty tries, the game gave up on me and just let me move on. It was incredibly aggravating.

The letdowns toward the end are a shame, because otherwise Egypt II: The Heliopolis Prophecy is an underrated, fantastic game. It’s one of the only chances you’ll get to explore ancient Egypt in its glory, and you get a decent amount of gameplay as well. In my experience it's definitely the strongest of Cryo's three Egypt games, enjoyable both as an adventure game and as an interactive history lesson. Just make sure you’re okay with rhythm and stealth, or at least know someone who is.

WHERE CAN I DOWNLOAD Egypt II: The Heliopolis Prophecy

Egypt II: The Heliopolis Prophecy is available at:

Despite a frustrating shift in gameplay focus toward the end, Egypt II: The Heliopolis Prophecy is a great example of how games with exciting mysteries to solve can include history lessons without being boring.

GAME INFO Egypt II: The Heliopolis Prophecy is an adventure game by Cryo Interactive Entertainment released in 20002001 for iPad, iPhone/iPod Touch, Mac and PC. It has a Illustrated realism style, presented in Panoramic nodes and is played in a First-Person perspective. 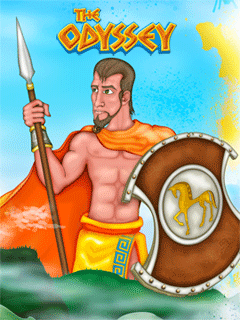 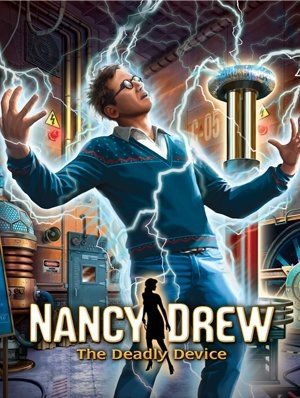 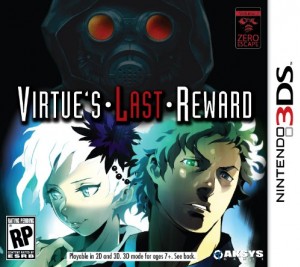