We get a small commission from any books sold.
All Bitmap Books
Written by
Kim Wild — October 27, 2007

It is with a certain degree of sadness that I write this review. Not because the game is rubbish, as nothing could be further from the truth. In fact, Trials and Tribulations is the best iteration in the Ace Attorney series to date. No, it's because this is the final game to feature Phoenix Wright as the main star. Yet it is a wonderful end to a series of games that has captivated a whole new audience, and if you have already been following Phoenix's escapades so far, this game is an essential purchase and a fitting tribute to his courtroom legacy.

For those who haven't become acquainted with the Ace Attorney series yet, this is a semi-traditional, Nintendo DS-styled point-and-click adventure that will feel familiar to genre fans but is inventive enough in its approach to stand out from the crowd. You take on the role of a young defense attorney who has to represent his clients in the face of pretty damning evidence, along with doing a lot of your own legwork in the field to support your case. The court scenarios see you dissecting witness testimony and then presenting evidence to uncover the lies. The other side of the game is that of the investigation, where you visit crime scenes, collect evidence and interview potential suspects.

Any newcomers expecting realism will be disappointed: this series abides by courtroom law on only a basic level and throws the rulebook out of the window, concentrating far more on theatrical outbursts, erratic witness testimonies and the introduction of new and often contradictory evidence. The game's Japanese origins are evident from the anime style, exaggerated expressions and offbeat humour, and it is this wackiness that makes the game such a delight. 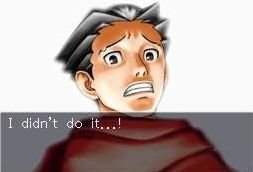 The new features that were introduced in Justice For All, including the Psyche-Lock, the ability to present character profiles as evidence and the health bar, all make a reappearance here and remain unchanged. The Psyche-Lock occurs during the investigation stage, when padlocks appear around a certain topic that the person interviewed wants to keep hidden from prying eyes. Only the correct presentation of evidence will break these locks and reveal the secret, although you might not always have the right piece of evidence until further along in the investigation. Being able to use profiles as a form of evidence adds depth to the possibilities and enables more information to be revealed about the various characters. Meanwhile, getting a point wrong during a court case will provoke a penalty from the judge, which results in some of your health bar being depleted.

As a first in the series, Trials and Tribulations sees you take on the role of other attorneys as well as Phoenix Wright throughout the game. Unlike the second game, which used a weak amnesia excuse to justify the opening case, the tutorial for this game is better executed, played from the perspective of Phoenix's original mentor Mia Fey during her very first court appearance. Mia makes an appearance in another flashback case further along in the game, defending a man on death row who is accused of murdering a police officer. The second case sees Phoenix back in the hot seat, trying to uncover the theft of an urn, which inevitably leads to a whole new set of complications, while the third has a suspect wrongly convicted of murder by a Phoenix Wright impersonator and it's your job to reverse the decision and find out who is behind such trickery. The last case focuses heavily on Maya Fey, Phoenix's assistant, and manages to wrap up some loose ends from previous titles as well as explain the events of the flashback cases more in depth.

One of the criticisms of the last game was the more obscure leaps of logic required for certain puzzles and thankfully these seem to have been eradicated. The new game is far more intelligent and the characters work out the twists with you, meaning you never feel that you are leaving the game behind. 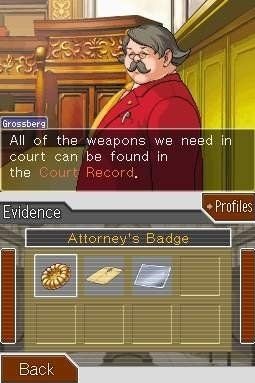 Where Trials and Tribulations falls a bit flat is in how much of the material from previous games remains identical. Graphics for locations and characters are frequently reused without any advancement for the third game running, and this also applies to the soundtrack, which only has a small number of original themes. The same can be said for the rest of the game as a whole: the entire structure is identical to its predecessors, from the investigation side of things right down to the court cases and cross examination, without any noticeable change besides new characters and storylines. Of course, it would be foolish to tamper with a successful formula and the game is still a compelling adventure, but those expecting innovation or already tired of the series to date will be disappointed. There are also a few gameplay faults, such as knowing the correct evidence to present but finding the game picky about when and how to use it. This leads to saving throughout major testimonies so you can reload quickly and keep trying until you prevail. As a text-based game, those who despair in reading reams of dialogue will be better off looking elsewhere for their adventure kicks. The lack of any DS-specific content is also something of a disappointment and would have added more originality to the adventure.

While so much is similar, what makes Trials and Tribulations fantastic is that the characters and dialogue are even more entertaining than ever before. Never in the series have I laughed so much as I did with the dialogue in this game. What other game could have rival attorneys throwing cups of coffee at you during a convincing cross examination and have witnesses hurl bird seeds at everyone in the court room and yet get away with it with such panache? With characters like the fat, cross-dressing chef, a detective called Luke Atmey (get it?) and an overweight nun comically named Bikini, it's hard not to laugh at the absurdity of it all, and yet within the context of the Phoenix Wright universe, it somehow makes perfect sense. Fans of the series will be delighted to see the return of the foolish judge, Detective Gumshoe, Larry-if it smells it's got to be the-Butz and a certain whip-cracking Franziska Von Karma. Edgeworth fans, do not fear: despite being absent for a considerable chunk of the game, he plays a pivotal role in the fifth case that will absolutely captivate you. There are plenty of in-jokes for those familiar with the series, but even those who haven't acquainted themselves with Phoenix Wright before will be able to play Trials and Tribulations, as the game nicely explains referenced events as you go along. 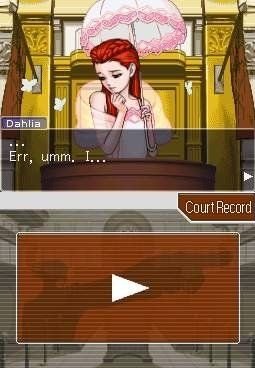 Best of all, the storylines are the deepest they have ever been, not only as individual cases but also in a broader story arc that strings all of the cases from previous games together. Whereas Justice For All had some noticeably weak cases in the beginning, Trials and Tribulations is made of strong stuff from beginning to end, with the last case proving particularly moving towards its climax. You would be hard pushed not to feel some sentiment during the game's conclusion. It's the type of game where I would love to divulge the genius of the storylines and reveal all the wittiest lines but to do so would deprive you of the joy of the unexpected that comes from playing a game for the first time. And the twists really are unexpected: just when you think it is all over, you can guarantee that something else will crop up to turn the case on its head. This is by far the deepest, darkest game in the series, yet the superb writing means that it will also be the funniest you'll encounter.

Despite the absence of a case made exclusively for the DS (the first game in the series spoiled us in that respect), Trials and Tribulations has five cases that combine to last a minimum of 20 hours, leaving no room for disappointment in longevity. What prevents the game from scoring top marks is the fact that structurally nothing has altered from previous games in the series, offering only new storylines, puzzles and new characters. And while it has addressed some, it still suffers from a few of the faults that niggled in both predecessors, like needing to save just before a sudden death question so as not to wade through reams of text to get back to where you were, plus the uncertainty of how to present evidence on occasions. Translation errors also rear their ugly head, with spelling mistakes and missed words highlighting its foreign language origins. Yet these are all small issues that shouldn't detract from what is one of the best adventure games on the Nintendo DS to date, or any platform for that matter, and I would raise a fierce "Objection!" to anyone who argues otherwise.

A climactic end to the Phoenix Wright story, Trials and Tribulations is the high point of the series, wrapping together great storylines, dialogue and characters into one portable package. Buy it now before I make use of Franziska's whip.

GAME INFO Phoenix Wright: Ace Attorney - Trials and Tribulations is an adventure game by Capcom released in 20072010 for 3DS, DS, iPad, PC, PlayStation 4, Switch, Wii and Xbox One. It has a Comic cartoon style, presented in Slideshow and is played in a First-Person perspective. You can download Phoenix Wright: Ace Attorney - Trials and Tribulations from: We get a small commission from any game you buy through these links.
The Good:
The Bad:
The Good:
The Bad: 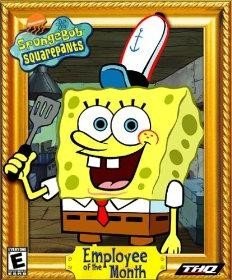 What our readers think of Phoenix Wright: Ace Attorney - Trials and Tribulations 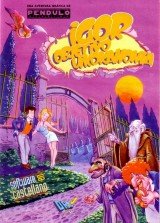