We get a small commission from any books sold.
All Bitmap Books
Written by
Tom King — October 6, 2003

For Legacy Interactive’s second game in the Law & Order series, a title like Double or Nothing might seem oddly appropriate. Likely though, sales of this latest chapter of the popular television franchise will reveal that it’s less than a gamble and more of a cash cow, ensuring the prosperity of future titles.

Doing proper justice to a license like Law and Order is no small potatoes, and I’m happy to report that this latest endeavor has some notable improvements.

Like its predecessor, Double or Nothing is a point & click mystery/adventure from two different perspectives: criminal investigator in the field, and district attorney in the courtroom. While in the shoes of the investigator, your cursor remains static, but becomes a magnifying glass when moved atop a hot spot. The locations consist of photo-realistic environments accessible in 360°. The characters are 3D-rendered with nominal, though realistic, animation, and fairly good lipsynching technology. The ever-present toolbar contains links to a city map, your case file, cell phone, and main menu. There’s also a new toolbar addition, which we’ll mention later. 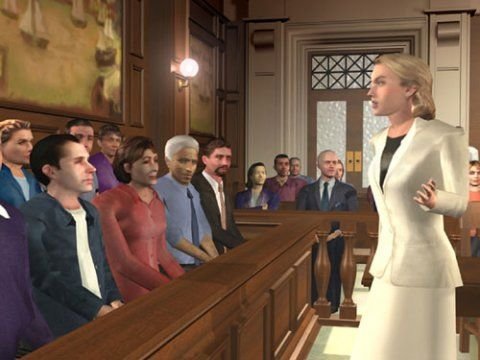 Our story begins when a prominent scientist is found shot to death in his vehicle outside the Manhattan apartment of someone who was purportedly working for him, making them an immediate suspect. What follows is a mix of intrigue, conspiracy, embezzlement, passion and betrayal.

As in Dead on the Money, the sequel is broken up into two parts. In part one, you play assistant to Detective Lennie Brisco, as you collect evidence and track down the murderer through interviewing witnesses and suspects. Then you begin narrowing it down to a single suspect through the request of research, lab tests, surveillance, and the odd psychiatric profile or two from your crack resource group. Part two requires that you work with Assistant District Attorney Serena Southerlyn to acquire enough incriminating evidence that any sane jury would default to a guilty verdict. Appropriately, the bar (ahem) of the difficulty level is raised in the second half of the game. For those achievers who hold percentage in esteem, you’re scored at the end of each segment as to your abilities in that role.

The four skill sets from which to choose are still available, although "Efficiency" has been replaced by "Case Organization", which drops random hints into your evidence files. I played using “Evidence Collection” and “Teamwork," simply because I learned from the first game that hearing from Lt. Van Buren who provides direction through your cell phone can make all the difference, and all those inter-office faxes can really help with your court case. Also, the evidence is more visible and easily accessible. No matter which you choose, however, there are no timed portions of your investigation, as in the previous game. 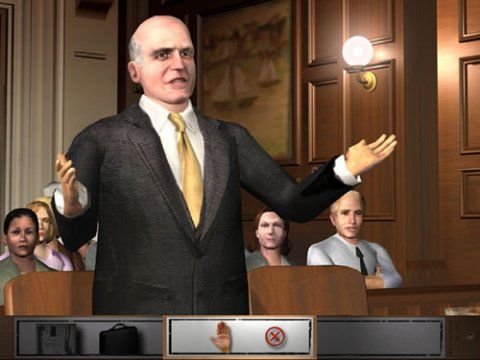 The built-in hints (like the chalk-board in your office) are not so blatant that you feel the need to be burped afterwards, but they are at times unnecessary. For example: you’ll be in the Records office collecting some tidbit about a piece of evidence and Lt. Van Buren calls stating you might want to go to the Records office and get information on that piece of evidence. That happened frequently and was a little disconcerting, but on the flipside, it’s much better than scratching your head wondering if you’re on the right track.

Double or Nothing maintains the same linearity as the television show; sooner or later its formulaic nature becomes obvious. When interviewing a witness or suspect, for example, avoiding questions that can be answered with a simple yes or no will yeild the desired results every time. Also, when cross-examining in court, selecting the most controversial line of questioning will result in the most information revealed. During examination, if you’re not sure, object to each of the Defense Attorney’s interrogations. Never fear though, a comprehensive tutorial is provided on how to accomplish this in part two.

The cast of L&O make a return for the voice work, and as you’d expect it’s equal to the quality of the first game. You must have been eligible for a cell phone upgrade between games, as now an image appears during playback on your color LCD screen when you receive calls; a small touch, but one that adds to the overall quality feel of this game. Cell phone calls are much more frequent, though not always essential to the plot. You’ll receive calls from ne’er-do-wells and colleagues of the deceased with statements they think might be helpful and what-not. Some of these voices are a little contrived, but digestible in their context. 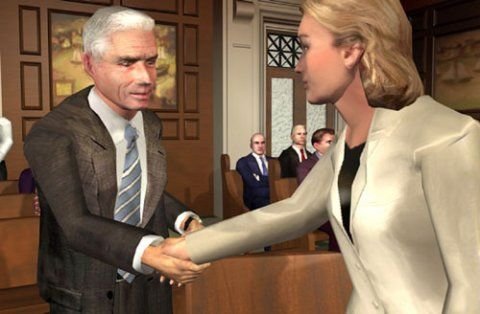 Those who played the first game will immediately notice the light tutorial feel of the first half-hour of the game. This will help initiates get the sense of the screens they will frequently access and is of benefit for those cutting their teeth on this installment. Another improvement is the addition of an “erase” feature that allows you to erase the previous interview of any given witness/suspect and start over, perhaps asking that trigger question missed the first time around. This proves Legacy listened to their fans’ complaints for lack of this feature in Dead on the Money.

As mentioned earlier, an addition to the tool bar is a log book found on the far right which holds all the results of your efforts to date: interviews, evidence collected, and results of research. A little too detailed in fact, but it does help if you haven’t played in a while to get you back on track as to where you stand in the investigation or court proceedings. Also marking their debut here: two familiar puzzle types each rear their head during the criminal investigation portion, lending even more variety to a game that’s basically a puzzle in itself. 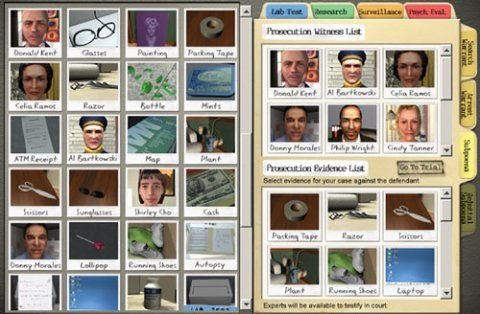 The format, music, and character modeling have all been recycled for this episode, though the lip-synching and facial features of the characters are improved. The most noteworthy characteristics are in the faces that are suspiciously evasive when confronted. There are more characters and meatier dialogue than Dead on the Money. These minor, but not revolutionary, improvements remind me of similar polish with each release in the Nancy Drew franchise.

Double or Nothing is a deep, quality mystery/adventure sure to please any fan of the show, or those who simply savor investigation and courtroom drama. What makes this substantial onion so fun though, is peeling away the layers without the requisite tears induced by the technical difficulties and problematic format of Dead on the Money.

It may be a conventional, paint-by-numbers murder mystery, but the resulting portrait is a rather generous one that provides two unique perspectives, a complex story, and hours of fun.

GAME INFO Law & Order II: Double or Nothing is an adventure game by Legacy Interactive released in 2003 for . It has a style and is played in a perspective.

What our readers think of Law & Order II