We get a small commission from any books sold.
All Bitmap Books
Written by
Rob Michaud — September 29, 2003

The concept of serialized entertainment has been around since the introduction of moveable type. Novels and stories were serialized – broken down into parts – and sold out piecemeal month-by-month for years to hungry readers. But serialization really hit its stride in the movie theaters of the 30's and 40's, where Flash Gordon and Ming the Merciless would battle each other endlessly, each week ending with a cliffhanger that would keep you in a frenzy until the next episode. Now, someone in the game world has taken up the challenge to do the same: Private Moon Studios has unleashed AGON, a serialized game split into fourteen parts that will be released over the next two years--and I am already restless for Episode Two.

Private Moon has hit on a great concept here. Each piece of the game will cost around $10, and new episodes will be released at roughly two-month intervals. I will warn you beforehand, though, that the episodes are short, and can be completed in about four hours each. But when you add that up over all fourteen episodes, you have a very big game on your hands, and that’s not even counting the fact that after you have started discovering games in future episodes there is an online component that will allow you to play the games against other players online.

Since the game is split into so many parts, there is not much that can be said story-wise without knowing where the tale is going and thus ruining the current episode. You will play Sam Hunt, a professor at the British Museum in 1903. One night you receive an anonymous letter and a page torn from a book that references an ancient board game lost to the ages. Intrigued, you begin to hunt down clues that will, by the end of the story, lead you to twelve far-flung locations across the globe and to the existence of the ultimate game - AGON. 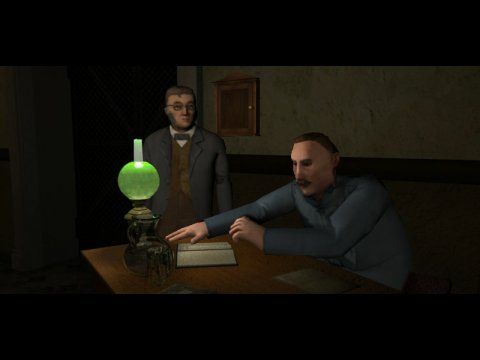 The backgrounds and scenery in AGON, when static or lightly animated, are gorgeous. Offices look lived in and not sterile like in many other games. Storerooms are cluttered and not organized with three items to a shelf (Flight of the Amazon, I’m looking at you). This is a game where you have to investigate and really look at your environment, because if you don’t, you will miss something.

The cut-scenes are also a delight to watch, and Hunt is very well animated at these times. But the in-game conversational scenes are very hit & miss, with bad synching and animation that looks like moving mannequins.

The music in AGON is beautiful without ever being intrusive, and the sound effects are dead on every time. But the best part is that Private Moon did something I wish more developers would do: hired English actors to do English voices. That may sound like a minor thing, but after you’ve played your fifth or sixth game involving an American doing their best Cockney slang impression, this makes a huge difference, and is a wonderful touch. 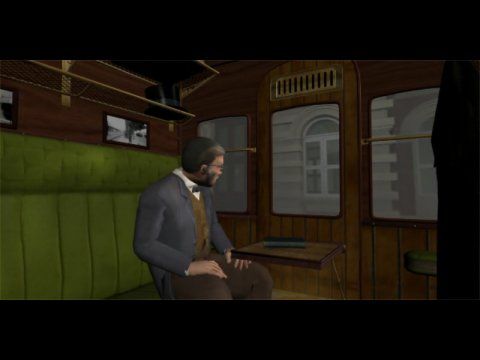 But unfortunately, a beautiful, well-scored game isn’t necessarily a good game, and I will say right now that I think AGON is going to be one of those games that most people will either love or hate, mainly because of the navigation and game-play scheme.

Navigation in AGON is very similar to Myst and its counterparts. You can rotate your view around an area, and then when arrows appear you can click your mouse to go to the new area. Transitions from area to area – even in the same room – usually are viewed as fading out of the old area and into the new one. Not being a fan of Myst, this bugged me for the first few minutes of the game, but the story is so engrossing that after a while you won’t even notice the navigation. But if this bothers you, then take note: you will be retracing your steps quite a few times in the first episode, and that includes navigating a few flights of stairs over and over again.

Most of the puzzles in the first episode involve finding clues to clear up the mystery of the anonymous letter and set the story in motion. All of the puzzles in the game are well-integrated into the story, and while they are a challenge, all of the solutions are logical and not of the pull-out-your-hair variety. Do make sure you have a notebook handy, because you will be taking down notes and phone numbers throughout the game. 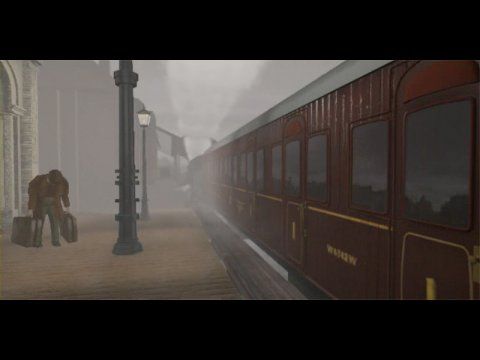 There is one bad point to the game though, and I put this off until the end of the review because I want everyone to know how good the rest of the game is before I get to this point. When you finish an episode, you can replay that episode from the main menu, but only without the load and save functionality intact. The only way you will be allowed to save will be to start the entire game over again. This is not a problem when there is only one episode out, but if I want to replay episode one while I am in the middle of episode five, I should have the ability to save my progress in both. I hope that this is changed in the later episodes, because it is the one really negative thing about the game.

Private Moon has really put their heart into this game, and you can tell by the little touches that many developers wouldn’t have bothered with. You will see moths flying around some of the lamps in darker areas. You can pick up and read books that have nothing to do with the game itself – just because they are there. These touches really made me feel like a part of the game, and make me all the more eager to see where the next step will take me.

I hope this is a game and a concept that will take off. Private Moon needs support to keep this going, and I hope that they get it, because this is a game that needs to be played by everyone. I just can’t wait to see how it all ends.

A compelling game that deserves the support of genre fans. I can't wait to see how it ends.

What our readers think of AGON