We get a small commission from any books sold.
All Bitmap Books
Written by
Heidi Fournier — March 2, 2007

Playing Sterling's Gift was something of an experience for me. Being Canadian, the only thing I really know about General George Armstrong Custer was that it didn't go too well for him at the battle of the Little Big Horn. Nor can I say that I had ever been that interested in finding out more. Honestly, the man sounded a little nuts, but as I do have a passion for history and architecture, I thought I might be persuaded to learn some more. And this new independently produced game does offer plenty of those things. Some might even call it an edu-game, but I don't think it includes enough historical or educational content to be fairly laid into that category.

In Sterling's Gift, Libbie Custer, the wife of General Custer, recounts her experiences in Austin, Texas following the Civil War. During this time, the General was posted to Austin to restore some peace and help with reconstruction work in the area. Unfortunately, after arriving, yellow fever affected a portion of his men. Due to the contagiousness of the disease, an alternative place away from the camp needed to be found to look after the men. To this end the Neill-Cochran House, an abandoned mansion built by a noted local architect, was procured. The house was originally intended to be a private residence. However, as it was on the outskirts of the city, the lady of the house feared it was too vulnerable to attack by indigenous peoples, so it had become a school for the blind before the war. During the men's recovery, Libbie learns that one of the blind children from the school, Sterling, was orphaned during the war but still lives in the area. Libbie decides to seek him out and sets into motion the events of the game.

Though you explore the history of the house and learn about Libbie and her husband, you don't actually play as either. Rather, you come into the game as a sort of researcher who is provided with Libbie's diary. Upon reading it, you realize that you need to find three objects to uncover a magical secret that Libbie had kept hidden ever since meeting young Sterling. These objects have been stashed throughout the house and you need to piece together clues from Libbie's diary and letters, as well as do a little snooping to find them. Most the game's story is developed through the diary, which is the tool used to launch you forward into exploring the building. Sadly, after reading the diary there is very little further development to the storyline. 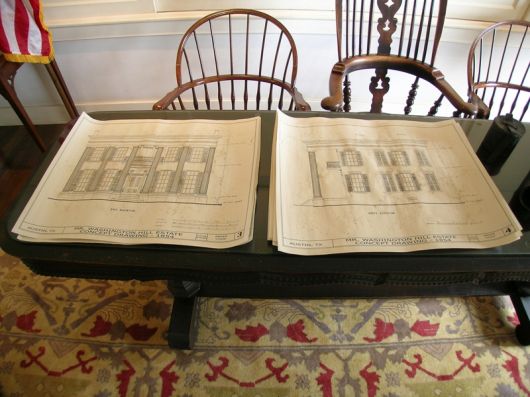 Sterling's Gift is a solitary, first-person slide show adventure. Each slide is made up of photographs of the Neill-Cochran House and its grounds, which have been beautifully preserved as a museum to this day. As the game is based on a historical home, working with real images provides the game with an authentic feel. A historical house tends to have a lot of personality, especially one in such good shape as this, and it is a lot of fun to explore. I spent a long time checking out all the architectural details, the furniture, and appointments. The house has lovely period pieces, including plenty of art displays and furnishings that are nice to examine in greater detail. There is no character interaction, but the game does make use of two very short videos. Both are filtered in a way to give them a sort of dreamy feeling that works well and offers a welcome change of pace from the otherwise static photos.

The slide show format does lead to a couple of inconsistencies at times. The most glaring is when you enter the basement of the carriage house, which you do from a parking lot that has only one car. When you leave, you are faced with a parking lot full of cars. Take one step forward, and suddenly the parking lot is empty except for the lone car again. This is a small flub, though the sort that shouldn't be present even in an independently produced game.

Continuity errors aside, the game's navigation is intuitive overall and works efficiently. The cursor system is simple and easy to see. Arrows show which direction you can go, and when objects can be used it changes into a hand symbol. The shape of the hand denotes whether the object can be picked up, opened, closed, or moved. You can turn left and right or completely around in place, move forward and at times back up. The screen fade transitions while moving forward and backward work really well here, although turning left and right results in a rather choppy, pixelized transition from one slide to the next, as the current image slides offscreen while the other slides in. 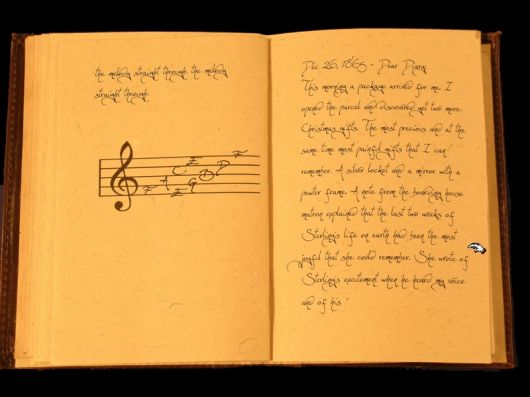 There are a few key features in Sterling's Gift that can be found at the start of the game: history, hints, and spoilers. If you want to make use of these options you will need to select them as you start the game because you can't add them in later. The history option provides you with additional historical information throughout the game. As an amateur history buff, of course I turned this on. When it comes time to learn more, a yellow history button appears at the bottom of the screen, which you simply click on to get additional information regarding a person or object. If you turn on the hints option, a contextual help button appears on the relevant screens. Finally, if you tend to be a little panicky, you might want to consider turning on the spoiler option. This works the same way as the hints, but this time providing the full answer for how to find an object or complete a puzzle. To me using this option would defeat the reason to play, but if you're just looking for a virtual tour of an interesting old building, the option is there.

What's very surprising is how few puzzles there are in relation to the amount of exploration you can do. I spent an incredible amount of time checking out the house and grounds before I even started to try digging into the game, this being my usual modus operandi with gameplay. When I did get around to figuring things out, I quickly learned that almost all the challenges in the game consisted of using inventory items I'd found. When items are discovered, they float at the top of the screen until you need to use them. There is nothing that alerts the player to when these items should be used, but you just need to use your good old detective sense. Two of the puzzles require opening a box or other locked device. Overall, just one brain teaser at the end of the game took me a while to piece together. This is the puzzle that I enjoyed the most and frustrated me the most. Once I had figured out what to do, I went to do it and... nada. Without giving too much away, it turned out that an object I had found had to be in the used position to trigger the next part of the puzzle. Being the neatnik I am, I had put it back the way I had found it.

While there is a scarcity of gameplay, there is an over-abundance of diary reading and a whole lot of drawers to be opened. Sadly, most of them contain nothing. This was a huge disappointment. With all the interactive drawers scattered throughout the house, I can't understand why the designers didn't take more advantage of this natural repository for things. Like, say... a few diary pages here and there instead of hitting the player over the head with a huge book to read at the beginning of the game. All this reading reminded me a lot of Myst, and even in that game it was the one aspect I didn't care for. The problem isn't including reading material at all, but too much at once really brings the game to a standstill instead of keeping the pace even throughout. 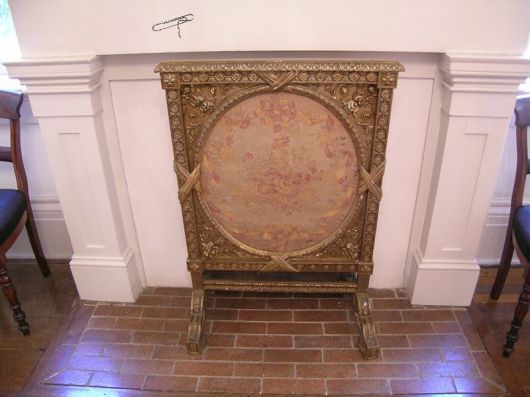 The soundtrack for the game can be aptly described as alright. It is made up segments of looped music and ambient sounds, and both parts work fine. Generally, you can't lose with ambient sounds and I was kind of jazzed by the sound of the air conditioner working when I explored the grounds. The soundtrack really only comes into play at points of the game where the player is examining an object close up. It has a nice, lulling quality to it, mainly due to the fact that it is played quite low and consists of instrumental music.

Overall, I liked Sterling's Gift for its exploration and the history, which is a good mix for an adventure game, but I was disappointed that there is so little gameplay involved. With not much to do, it isn't an overly long game, taking about five hours to play, and the potential was there for so much more. There are a few small glitches, but most are fixed by a patch which you can download from the official website where you purchase the game. Ultimately, the lack of depth and challenge means that the game won't be for everyone, but with the right expectations going in, the experience can be quite enjoyable for an evening or two. As a first effort from White Rabbit, Sterling's Gift is a simple but solid offering, and I hope the developers are willing and able to build on the promise they've shown here with more games in future.

It's certainly not a deep, ambitious gaming experience, but if you like history, enjoy exploring old houses, and don't mind a short game, Sterling's Gift may be what you are looking for on a lazy afternoon.

GAME INFO Sterling’s Gift is an adventure game by White Rabbit released in 2007 for PC. It has a style and is played in a First-Person perspective.

What our readers think of Sterling’s Gift