Average based on 98 ratings

See all games in the Syberia series

» Adventure Games DB
Advertisement
It will take you 3 minutes to read this review.

I've never played a game quite like Syberia before. It is an adventure in the most traditional of fashions but yet at the same time it is very unique.

This game is all about the story. Story and character. You play as Kate Walker, a lawyer dispatched from New York to the strange, automaton filled Alpine village of Valadeline. You are there to settle an inheritance matter on behalf of your firm involving the Voralberg family. Sounds like a simple premise for an adventure game doesn't it? And it is. The story unfolds at a decidedly slow pace. It takes its time and doesn't rush. It crafts this otherwise simple story into a richly detailed experience. In fact, the story is so elegantly and subtly told that you feel as though you are reading poetry or being sung a sonnet that has been transformed into a game.

An area of the game that goes hand in hand with storytelling is character development and Syberia excels here. At the start of the game I didn't care much for Kate; I felt very indifferent towards her, in fact. Though as the game progressed she became more and more likable and a noticeable change in her occurred. By the end I was completely invested in everything that she did and ended up caring for her very much. This is a testament to the excellent job they did in crafting the story. 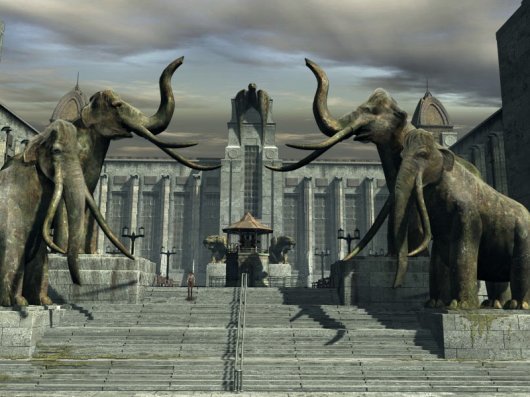 The game play is very similar to The Longest Journey. In fact if you enjoyed The Longest Journey, you are bound to love this game as well. It is played from the 3rd person perspective with 3D characters imposed over 2D backgrounds. The interface is completely point-and-click and relies heavily on the use of inventory items. Nearly all of the puzzles are inventory-based and they are well integrated into the story. I never got a feeling of detachment from the game while solving a puzzle because I knew it was being used to further the storytelling. I felt that the difficulty of the puzzles was very well balanced. There is nothing impossibly difficult that will throw off new players to the genre but simple puzzles are also generally few and far between. Most of the puzzles occupy a nice middleground that should satisfy both experienced and novice players.

Beautiful? Stunning? Breathtaking? All words that can safely be used when describing Syberia's graphics. The level of detail is simply immense. You visit four locations in the game and each has it's own style or theme. Valadeline has the look and feel of an Alpinian village that is hidden away from the rest of the world. Barrockstadt is of a tropical persuasion mixed with modern architecture. Komkolzgrad is a Mecca of machinations and steam. Aralbad has a very Dr. Zhivago feel; an ice covered land with an essence of romance and nostalgia. All are beautiful to behold. What is even better is that the cut scenes lose none of that graphical beauty. They were created with the same painstaking detail that the in-game graphics were. They add incredibly to the cinematic feel of the game; they are even presented in widescreen format.

The icing on this delicious cake is the music. The score was composed by Nick Valey and Dmitri Bodiansky and they have done an amazing job. It is a traditional classical score that could easily have its place in a film. The score also contains a theme that once heard is easily recognizable, just as one can recognize the Gabriel Knight or King's Quest themes. 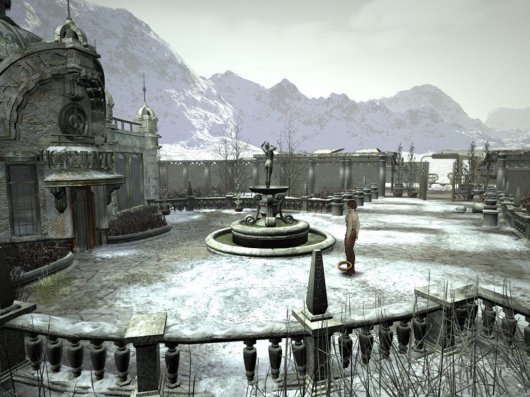 So is there anything that is NOT good about this game? Well, yes. These points are relatively minor but they are still flaws. First is the voice acting. At times it is acceptable and in some cases very well done. At other times it is downright bad. It fluctuates from bad to good throughout the whole of the game. Second would be the scripting. It feels off sometimes. Perhaps something was lost between the translation from French to English but something seems wrong with the dialogue here and there and it is hard to put your finger on exactly what it is.

With those minor quibbles aside though, this is a thoroughly enjoyable game. You feel transported, engrossed, enriched and amazed all at once while playing. Although the game takes place in modern Europe, you feel as if you are in a completely different world. A world that is isolated and untouched by our culture. It is this that lends so heavily to the nostalgic, sentimental and somewhat sorrowful feeling that eminates from the game. If Syberia were a book it would be the kind you read while curled up next to a blazing fire while drinking a cup of hot chocolate.

Syberia deserves to be in every gamers' collection, adventure or otherwise.

What our readers think of Syberia

Ok, the game is pretty and the automaton idea is nice. But that's it. Movement is a pain and there's too much useless screens, so that moving around takes ages and is just upsetting. Dialogues are slow, as is the story which will not get you very far in the...
Read the review »

In a word, that's it. I did not like this game. The world is full of nothing. Unless there is a specific thing you have to do somewhere the each location has nothing in it. It's just a painting. There's nobody to talk to and the world does not exist...
Read the review »

~16 hours Great story, great visuals, great voice acting, great puzzle integration, relatively easy puzzles I normally like games that are more puzzly, but this game's story and immersion (fully integrating the puzzles too) really makes itself to be a...
Read the review »