Let me just start by saying, I hate that I have to write this review.

It was with great anticipation last summer that I assigned myself to Post Mortem, which I thought looked like one of the most promising adventure games in some time, even moreso than Microids' equally ambitious Syberia. An astounding trailer gave me no reason to believe otherwise. Now, I have finished the game, and I stand before you a broken man, wishing that I had a can of whitewash in my hand, and the will to use it. But try as I may, as badly as I want every adventure game to sell a million copies and my reviews to make that difference, I can not recommend Post Mortem to you.

Let me start by assuring you of one thing: Post Mortem is a beautiful game, an extraordinary visual triumph as good-looking as Syberia. Incredible cut-scenes, amazing facial detail, and generally well-drawn and eye-pleasing backgrounds. If nothing else, Microids has solidified their reputation as having one of the strongest art teams in modern gaming. 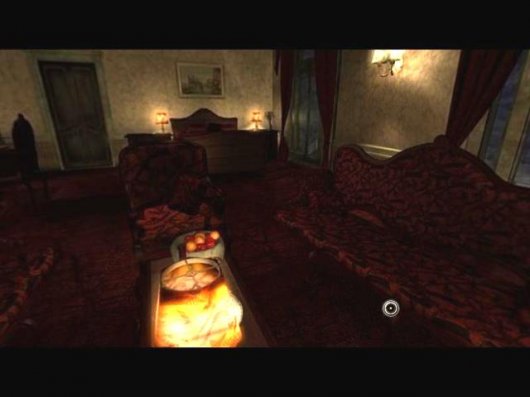 The game also succeeds, albeit with a few hiccups, in the area that first attracted me: the story. It begins as a relatively simple private-eye mysterious-woman murder mystery, and after a few fairly interesting twists and turns, we've got our hero Gus MacPherson digging into the history of Baphomet and the Templars...hmmm, where have I heard that before? Don't worry, there's nothing derivative about the plot, Microids was careful to not copy that other Templars game whose name escapes me. The story is surprisingly ambitious, not content to be as unsubstantial as most adventures are. Still, it's hardly groundbreaking; Lost Files of Sherlock Holmes (now ten years aged, still revolutionary) has a much more complex and involved plot. Still, the story is above average, properly paced, and leads up to a satisfying resolution (actually, there are three substantially different endings).

Here, sadly, is where we run into the problems; even the greatest story ever can be told incompetently. I've read a few other Post Mortem reviews (which I generally try to avoid doing before writing a review) just to see what other writers were saying about the game's dialogue. The strongest wording I could find was "the dialogue could use a bit more zip." Let me put it in the strongest terms I can think of: the dialogue in Post Mortem is absolutely, positively awful. Ghastly, dreadful, cringe-inducing...I'm still not sure I'm getting the message across. After ten minutes of pondering, I can't think of any reason not to say that, at least as high-profile commercial adventures are concerned, Post Mortem has the worst dialogue I've ever suffered through.

Part of the problem clearly comes from the fact that the game was translated into English by non-native English speakers. How anyone ever thought this was okay is just beyond me, but there it is. Mysteriously, all contractions have been removed from the translation, so we end up with questions like "Do not you realize?" and "Was not he already here?" and similar perplexing abuses of an innocent language. The voice actors, who generally give uninterested performances (especially the voice of Gus, who apparently phoned his performance in from the comfort of his bed before going back to sleep), have the good sense to at least read the lines as "don't" and "wasn't," but seeing different lines on screen than I'm hearing doesn't make me think much higher of the production job. That's beyond the occasional sentence where the first letter isn't capitalized, punctuation misplacements...this is not what gamers pay money for. 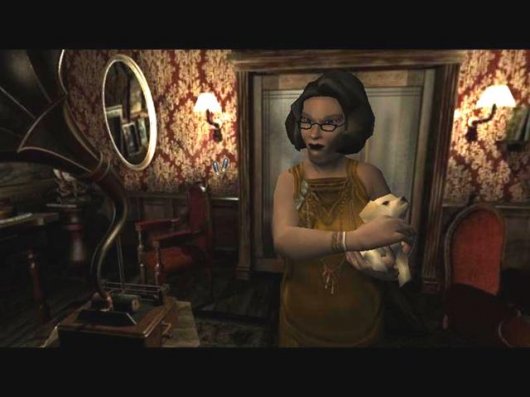 It's not just the dialogue that's righteously flawed, it's the entire character interaction system. The dialogue tree system is a nightmare; only one option is shown on the screen at a time (you click on tabs to select others, and then often forget where the one you wanted in the first place is) and dialogue options appear and disappear with no logical connection to the conversation that is taking place. I found it fascinating that I could actually witness the death of one character, and then go to another character and all of a sudden have the dialogue option to ask about the whereabouts of the now-dead character, where I couldn't before. I can't imagine how any reasonable amount of beta testing couldn't have trapped these numerous logic bugs. The game logs all your conversations automatically, a very useful feature, but unfortunately a tragically humorous one as I was able to replay the insanely illogical discussions I was allowed to have with NPCs. The game could have done more to ensure the feasability of conversations if you were not forced to choose every sentence Gus says from a large group of choices, providing you with the means to undermine the flow of any conversation. It's also quite frustrating that there is no way to skip a line of dialogue that you've already heard before. There is, truly, not a single positive element in the character interaction system, and so what we end up with is a very decent story, painfully told.

I have no complaints about the interface, familiar to those who have played Amerzone or Road to India, but I can assure you this would have been a more engrossing game in third-person; all the limitations and frustrations of a first-person navigation system are on full display here. The story is often impeded by the barrage of Myst-style puzzles, which are fairly tolerable and reasonably challenging, but just unnecessary at times. People complain about what an easy game Syberia was; is frustration and confusion for an extra hour of playing time really a wise trade? 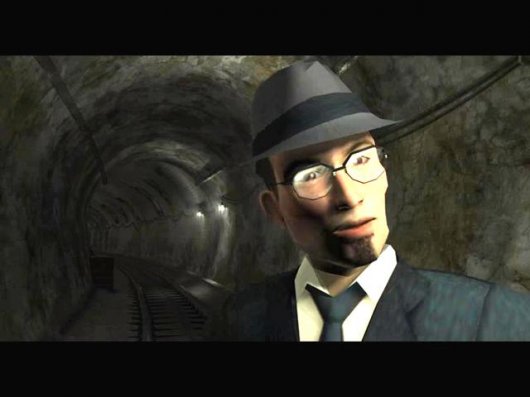 Post Mortem looks great, and I mean great, probably the best cut-scenes I've ever seen. It attempts to tell an intriguing above-average story. Those elements allow me to feel comfortable giving the game two stars. Everything just falls all to pieces in the execution, specifically every element of character interaction (which is 80% of the game). It's frustrating to the point of bafflement at times, to want to care so much about the story, but feel so stifled by the atrocious dialogue and unfriendly interaction system.

I so badly want Microids to be successful. They have committed their support to the adventure genre. I would like nothing more than to help their cause by telling everyone to go buy their adventures. I can do that with Syberia, a truly remarkable adventure. But as much as I'd like to see every adventure succeed, the forseeable consequences are far worse if companies start to believe they can produce this sort of product without responsible reviewers informing the fans. There's no reason to give up on this company; the elements of a good game are here, and I have no reason to believe that Microids is not capable of producing a brilliant, well-executed Sherlock-esque detective adventure game, with engrossing dialogue, absorbing characters, and an uninhibited complex story. Post Mortem is most definitely not that game.

The elements of a good game are here, and I have no doubt Microids is capable of so much more.

GAME INFO Post Mortem is an adventure game by Microïds released in 2002 for PC. It has a Illustrated realism style, presented in Panoramic nodes and is played in a First-Person perspective. You can download Post Mortem from: We get a small commission from any game you buy through these links.
The Good:
The Bad:
The Good:
The Bad:

2.5 stars out of 5
Average based on 24 ratings
Your rating

Post Mortem attempts to be a multi-pathed detective mystery. However, numerous flaws make the story difficult to follow, and a variety of design choices considerably lowers the motivation for trying to do so. For some... Read the review »

Usually I avoid 1st-person perspective adventure games. I made an exception for Post Mortem because it's the prequel to Still Life (a 3rd-person adventure which is one of my all-time favourite games!). And what i... Read the review »