You may never have heard of Lunar Deep: The Adventure Below. That shouldn't be particularly surprising; arriving with little in the way of fanfare and from a developer with no track record -- the single-person AncientRein Gaming -- this independent production has skimmed under the publicity radar. However, in recent months we've been treated to some notable adventures from other small, independent developers (Scratches and Barrow Hill spring immediately to mind) and a lack of any widespread publicity doesn't mean that a game doesn't deserve attention. So just how much of your attention is Lunar Deep worth?

Not much, to be honest.

The game certainly starts pleasantly enough. Arriving at the entrance to the underwater city of an ancient people, the Lun, you have to make your way in to fix the machine that gives life to their world, as it has recently failed and the knowledge of how it works has been lost with the passage of time. Despite little explanation for why you have specifically been chosen for the task, this opening succeeds in giving you an immediate objective as you set about finding your way into the world of the Lun. 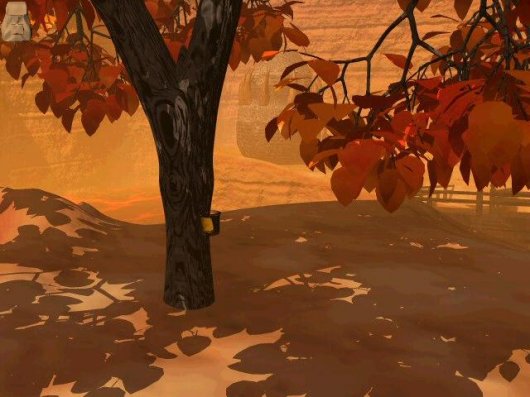 The first few minutes of playing Lunar Deep are perfectly enjoyable. Despite their low resolution, the background art is pleasant, and even manages to contain some animation in the early areas. The stormy weather in the opening scene manages to create a suitable sense of foreboding, and the opening puzzle makes sense, even if the solution is entirely unhinted and easily reached by trial and error. It's unfortunate, then, that once you descend underwater -- and magically find yourself in areas that contain visible sky -- the game manages to rapidly sink into mediocrity.

The problems soon begin to manifest themselves. Lunar Deep is a slideshow, first-person game driven entirely with the mouse. The problem is that the node placement for movement is dreadful, and at times appears to be almost random. Often you'll position your mouse where you think there should be a node, only to find that it's actually in another place. For example, to walk along a bridge, I had to find the small node positioned in the middle of the bridge rather than anything at the far end. Worse still, the way these nodes connect up can be incredibly confusing, so that trying to find your way around a room becomes a frustrating chore – objects that are perfectly visible on one screen can only be approached by going through several other screens. Hotspot placement suffers from similar problems. It is very easy to miss items, and there's no way of telling whether or not the mouse is over a hotspot when an inventory item is selected. Worse still, some objects only have hotspots attached to part of them. For example, opening doors with wheel handles requires you to click on a specific part of the wheel, but which part of the wheel you have to click is different at every door. This problem is particularly notable at one point when you're required to move an item out of the way; clicking on most of the item elicits a description of it, while a separate, smaller hotspot allows you to move it.

Perhaps I should be grateful, though, because at least that particular item is blessed with a text description when the larger hotpot is clicked on. Somewhere along the line, any plans to make it easy to tell what each item is or what it does must have got soaked, because there's no way to examine an object unless that happens to be the default response to clicking the hotspot. There's a magnifying glass in your inventory that does precisely nothing; despite trying it on almost every item in the game, I not once managed to get a single description. Most of the time this doesn't present any great difficulties, but it causes problems with some of the inventory items. I defy anybody to have any idea what a particular grey, oval-shaped thing is before they actually use it to solve a puzzle. [Correction: It has since been brought to our attention that the names of inventory items can be seen only after a short delay by hovering the cursor over them, though items in the game environment offer no such description. Additionally, the magnifying glass has an optional use on a single item during the game.] 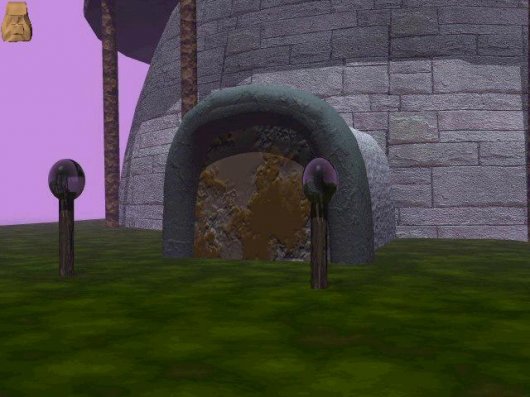 The puzzles themselves are almost all of the "find object, place it somewhere else" variety. None of these are particularly challenging, as the items required can always be found close to where they're needed, which may disappoint those looking for a mental work-out. The rest of the challenges consist of bits of memory recall, along with a single object-combination puzzle. Of course, this in itself doesn't have to be a huge problem. There have been many adventures in recent times that are fun to play despite not offering much of a challenge, but in those cases the basics of storytelling, characterisation and game mechanics are all present and correct; in Lunar Deep, these elements are all half-baked.

Of the puzzles that are there, most do actually make sense, but there's never any sense of why you're solving them; there seems to be no motivation other than because it might allow you to progress to the next area. This is a common complaint to varying degrees in many puzzle adventure games, but Lunar Deep makes little effort to overcome it. At a couple of points in the game, the player is only permitted to perform a single, specific action, but in each case there doesn't seem to be a good reason for having to act in that particular way. To take an example: at one point you find yourself walking across a bridge, only for one of the game's two NPCs to appear without any warning. Greeting you, he asks you for an item, at which point the only action that can be performed -- literally, as there are no exit hotspots during this time -- is to give him what he wants. At which point he disappears, leaving you wondering why he was there in the first place. Another character, meanwhile, simply asks you if you are there to help, at which point, for the only time in the game, you're given a choice of dialogue. It's a simple Yes/No reply. Clicking "No", however, instantly closes the game. No chance to go back a step. No ending sequence. The game just dumps you back to the desktop. Bizarre. 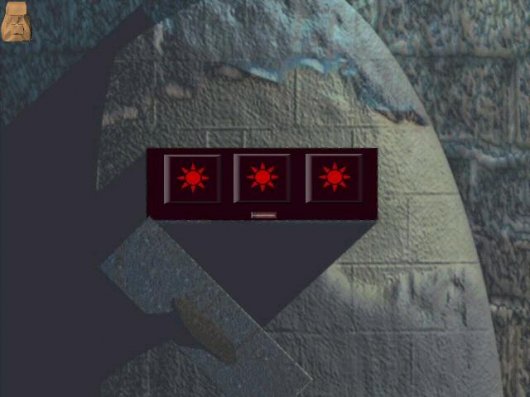 The obligatory plot-twist, meanwhile -- revealed in the end sequence after one of the characters has decided to inexplicably congratulate you for solving an incredibly simple puzzle -- feels like a hasty afterthought, and fails to be as creepy as the developer presumably intended. It's not even as if the writing is particularly good at any point during Lunar Deep; the written text features a noticeable number of errors of spelling, punctuation and grammar, while the spoken dialogue is uninspiring and the sound quality poor.

In fact, there's very little about Lunar Deep that can actually be recommended. It has some pleasant enough artwork and some serviceable music, but everything else is below par, which serves to frustrate and annoy. Odd mistakes within a long game might be excusable, but Lunar Deep also lacks any real content -- it doesn't offer more than a couple of hours of playtime -- and not once during my time playing the game did I find myself actually having any fun. With more careful hotspot and node placement to make interaction with the environment easier, some item descriptions and additional proofreading of the in-game text, this could have been a solid, if short game. With the many problems that remain in the final release, however, Lunar Deep manages to be an underwhelming experience.

Lunar Deep is available on CD directly from the game's official website, and while it is quite cheap, it's still not cheap enough to warrant paying. While AncientRein Gaming shows some promise as a rookie developer, Lunar Deep would have worked better as a freeware release instead of asking gamers to pay for the learning experience. For most gamers, handing over the same amount for a few hours of Samorost 2 is probably a better bet.

Even at the rock-bottom price, Lunar Deep has too many flaws to be worth recommending.

GAME INFO Lunar Deep – Special Edition is an adventure game by AncientRein Gaming released in 2006 for PC. It has a style and is played in a First-Person perspective.