We get a small commission from any books sold.
All Bitmap Books
Written by
Tom King — May 18, 2002

For a girl who’s been 18 for 70 some years, Nancy Drew is getting around pretty well! Now it appears her somewhat novel persona has been lifted from the printed page and placed in the midst of a multimedia game developed by Her Interactive.

When I purchased Secrets Can Kill, I was really looking forward to seeing how all the intrigue, suspense and characterization played out in this new medium for such a well-loved heroine. I was pleased and disappointed, but it wasn’t an equal measure of the two.

SCK places our adroit lady of the glass (magnifying variety) visiting her Aunt Eloise. It just so happens that a high school boy named Jake recently suffered an untimely death, and Nancy is on the case to find out whodunit! 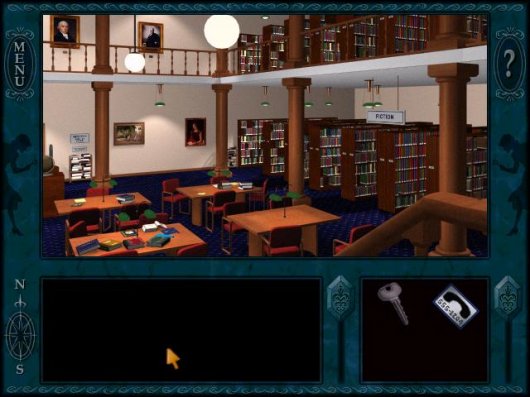 Loved the appetizer, now…where’s the meal?

It won’t take long for me to tell you what pleased me about the game. Firstly, it’s Nancy Drew. Much like ordering a stuffed baked potato at an unknown restaurant, it’s hard to go wrong. Game play is simple, the environments are pretty, and everyone loves a good mystery.

Unfortunately, you don’t get much more than a baked potato here. 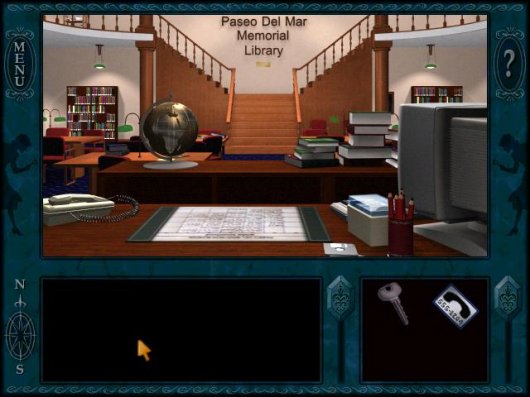 Beware the options menu, as it is often unresponsive, resulting in multiple clicks on any given request. The interface is point-and-click slide-show. The cursor, predictably, is a magnifying glass, backlit by red or blue as function indicators.

The artistry is certainly there, for a game of this caliber (which intends to be for girls ten and up). All the settings are photo-realistically pre-rendered and very colorful. Yet the bare nature of the environments coupled with the sparseness of human effects give it an almost clinical feel. It’s no wonder you feel compelled to grab a magazine off the rack. Also, there are too many non-essential hotspots whereupon closer inspection you see…nothing.

The high school setting, where much of the sleuthing takes place, certainly holds promise. Yet the end results are rather generic. With few exceptions, the rest of the areas turn out to be more of an excuse to return to the high school. You will wish, however, to stay in the high school once you realize that going anywhere else will require frequent and maddening disc-swapping between the two discs that comprise SCK. 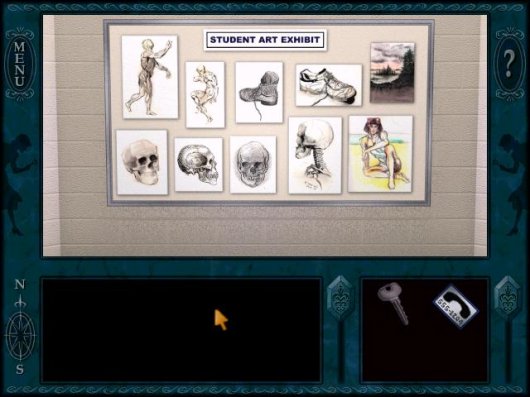 The characters are 2D cartoons that are almost as wooden and static as the furnishings. I love cartoons, don’t get me wrong, but the one thing that could have redeemed these characters' stilted status – namely, dialogue – is also problematic. The dialogue lacks depth and Nancy’s allowable responses make her sound like Barbie Drew. Nothing she says makes it feel as though she has a vested interest in the events. The dialogue is also too clue-dependent. It's like taking a very long walk around the park to get to your home, when a shortcut is clearly visible. Considering the script, voice acting is nominal. 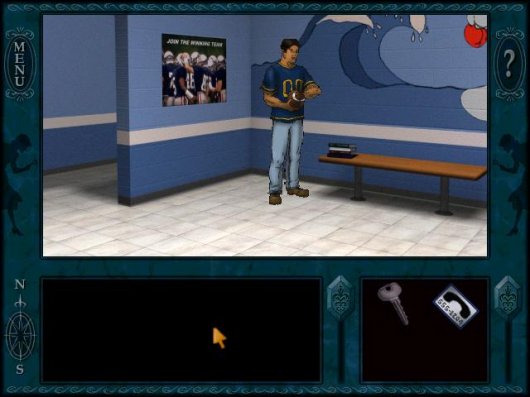 The game features an inordinate amount of word clues. Very few are puzzles, and they seem more strategically placed than hidden, so there is no real sense of discovery in finding them. SCK also has a slider puzzle that should not be attempted at 2 a.m., unless you are in need of a real sense of discovery, at which point you will discover how tired you really are.

When the game reached its finale, it felt more like a truncated version of Murder: She Wrote, where all the time spent mining out clues and needling suspects with repetitive questions abruptly ends in a contrite group confession and confrontation that takes all of thirty seconds. I’m not saying that’s how it went, but that’s how it felt.

The ending opens the door for a sequel, and while I was excited to pull the cellophane off this game, I’m even more excited to see what improvements can be made on this original attempt. I think Her Interactive is headed in the right direction, but there’s miles to go before they sleep.

Not a bad first effort, but not a success. Hopefully the next game will be better.

GAME INFO Nancy Drew: Secrets Can Kill is an adventure game by HeR Interactive released in 199820012010 for Mac and PC. It has a Illustrated realism style and is played in a First-Person perspective.

What our readers think of Nancy Drew: Secrets Can Kill

1.5 stars out of 5
Average based on 5 ratings
Your rating